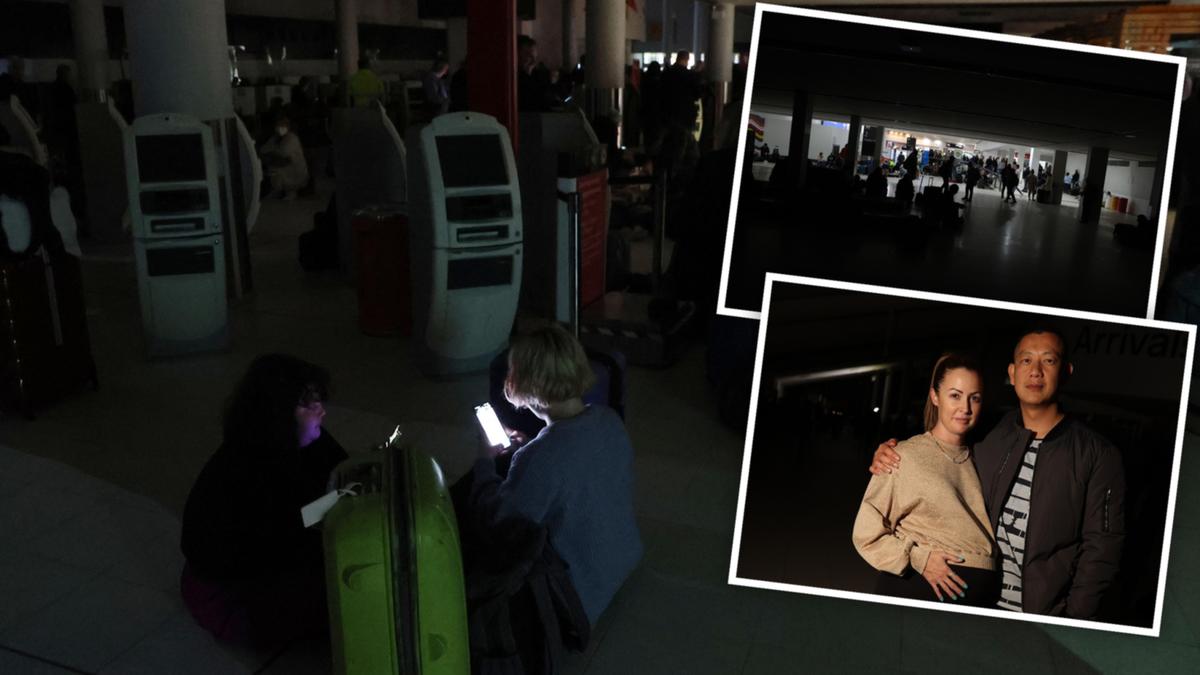 UPDATE: Perth Airport said its “critical services” were back online Tuesday evening and departing flights would return, just a short time after it sent passengers home saying flights had been cancelled.

The airport told its passengers to go home and stated that all flights had been canceled due to power cuts “out of their control”, but at 8pm it changed its mind.

“However, it will take some time to clear the backlog of delayed services.”

At 10 p.m. on Tuesday, the airport said it was in the process of activating its systems in all of its terminals to become fully operational following delays and cancellations across its airline networks.

Passengers were warned that some airlines may still decide to cancel and reschedule flights.

“We ask passengers for their patience as our team and our airline partners work to get flights going,” the airport said.

Travelers sitting in the dark with only torches to light their way were told just before 6:30 p.m. Monday that all flights – except the direct flight QF9 London to Perth – had to be cancelled.

Severe storms ravaging Perth have cut all power at the airport, something some experienced staff have never seen before.

Disgruntled passengers battled with freshly unloaded luggage as high winds and rain pelted them as they exited the airport to board taxis.

Perth Airport announced the news around 5.15pm, warning that a power outage would lead to lengthy delays for the next two hours.

The airport apologized to passengers, some of whom have been stranded at other airports for not being able to land in Perth.

“The safety of everyone who works at or travels through our airport remains our top priority,” the airport said.

“We apologize to our passengers and customers for any inconvenience caused.”

Perth Airport said the decision to cancel flights earlier in the evening was made on the advice of Western Power.

“Perth Airport has made the decision to postpone all outbound services currently scheduled to depart before 7:30 p.m.,” the statement said.

“All en-route inbound flights will be able to arrive safely. All scheduled flights to Perth that have not yet departed will be postponed until further notice.”

Hundreds of people were still standing around the baggage carousels at 7:30 PM, waiting for baggage to be unloaded from planes.

Passengers at the Qantas terminal were reminded to remain patient, while a “technical problem” prevented people from rebooking flights as staff distributed water and chips to affected travelers.

A team in Sydney is currently working to “uncheck” passengers so that flights can be rebooked. “Please be patient and go home, book again from home as I have been told delays could be up to another two hours,” the staff announced.

Qantas passengers Angela and Han Nguyen were hoping to be on a flight to Sydney for a three-day work event.

Ms. Nguyen, who is pregnant, said around 3 p.m. that they were aware of flight delays.

“We were upstairs in the lounge and got reports from the staff that it was out of their control and they had no idea what was going on,” she said.

“Staff who have been working for 20 years told us they had never seen anything like it.”

Though “disappointed,” the couple said they were happy to be able to return to their Attadale home.

Just before 7 p.m., the lights went back on.

Passengers were told to leave as soon as their bags were collected and visitors to Perth were to find their own accommodation. The parking garages were full as people waited to be picked up by transport services.

Caren Vidler, a Melbourne woman, said she had no idea what to do as she frantically tried to find a bed for the night.

She was on her way to London when she was stopped by Immigration and told her flight had been cancelled. “I’m going to watch some friends who are divers compete in the Commonwealth Games,” she said. “I’ll be upset if I can’t watch them. This was the whole purpose of my trip.” “I’ve never experienced this before, I don’t know anyone in Perth…I need a bed for the night.”

“Damaging and destructive winds associated with the front have thrown debris, including tree branches, into the grid, damaged equipment and brought down high-voltage cables,” a spokesman said.

“Our priority during the storm is to respond to reported hazards to ensure the safety of the community and our crews.

“Our network management team is working to isolate and, where possible, reroute damaged parts of the network to restore power where it is safe.”

It comes as Perth braces for more damaging winds that will destroy the state after thousands were left without power and property damaged overnight.

On Tuesday evening, 11,000 homes in Perth and the Southwest were without power.

There is also a strong wind warning for Melville Waters and the Gascoyne Coast.

These winds are expected to last through Wednesday and the Bureau has warned that gusts could damage homes and property, particularly along the coast and nearby inland, and become more isolated further inland.