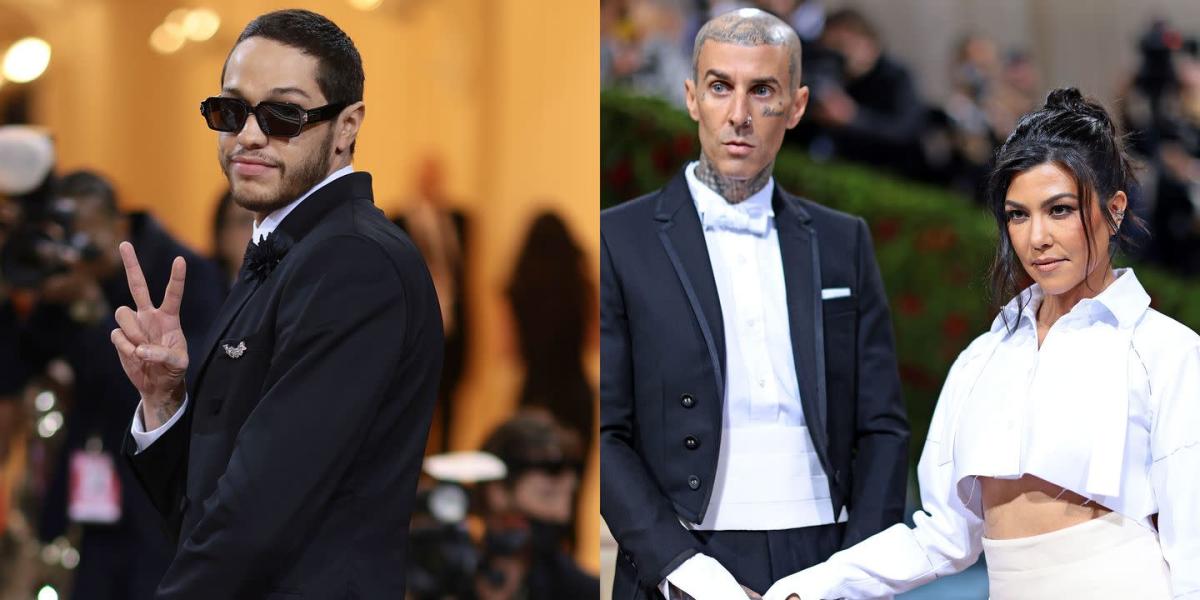 The Kardashian family has officially descended on Italy in anticipation of the lavish (and third, for anyone keeping track) wedding ceremony of Kourtney Kardashian and Travis Barker. In case you’re wondering though, Kim Kardashian’s boyfriend, Pete Davidson, will reportedly not be joining her as a plus one for the festivities.

According to information from a Kardashian source, it doesn’t sound like the problem is that Pete is welcome at the wedding. Apparently he’s skipping for a very recognizable reason: he has to work (ofc, since that work is performing live on SNL, it’s not like he can just get anyone to cover his shift). The above source told We Weekly that Pete “will be” Saturday Night Livethis weekend while Kim is in Europe with her family to celebrate Kourtney and Travis’ love story.

The May 21 episode is actually SNL‘s season 47 finale and reportedly marks a major professional milestone for Pete – news broke this week that this weekend’s episode will be his last as a regular cast member on the show. According to The Hollywood ReporterPete is one of the four members of the Saturday Night Live cast is expected to leave the series at the end of the season (the others being Aidy Bryant, Kyle Mooney, and Kate McKinnon).

FWIW, Pete’s SNL departure is not a big surprise. Last year, he and costar Chris Redd openly discussed leaving the sketch show during a THR round table. During the chat, they talked about Kenan Thompson’s record run as a cast member (at the time he was in his 18th season on the show) and both agreed they couldn’t believe they were hanging around for so long.

“I’m surprised I made it to seven,” Pete said at the time. “I’m ready to hang the sweater.”