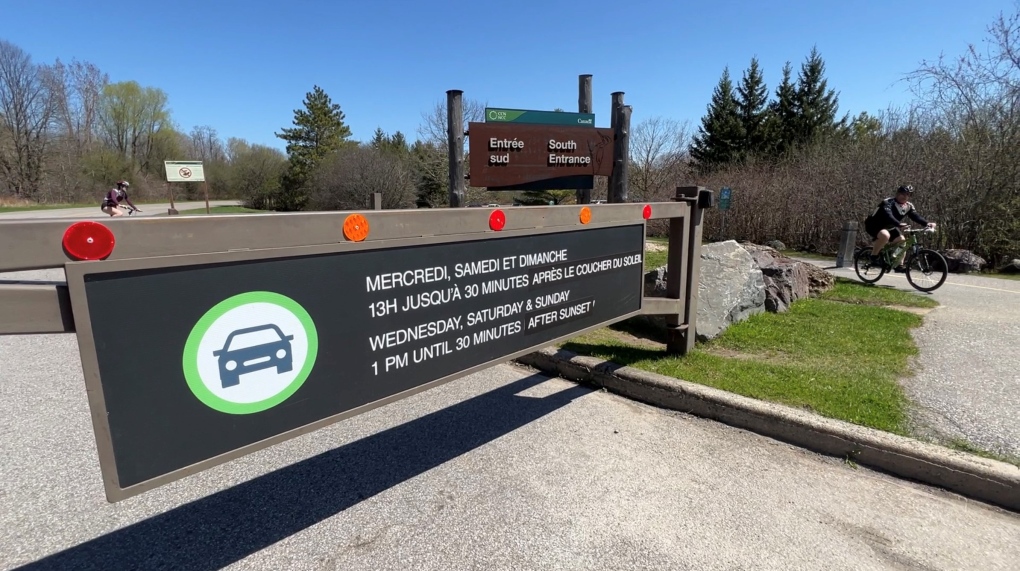 Gatineau Park is open for the summer season, but many of the roads leading to popular destinations have limited vehicle access. Some residents argue it is unfair and have started a petition calling for the roads to be reopened to vehicles.

With the onset of the pandemic, the National Capital Commission has made the decision to restrict traffic on the roads through Gatineau Park, mainly due to the influx of visitors – and this year will be the same.

Popular attractions such as Pink Lake, Champlain and Huron Lookouts, Waterfall and King Mountain are accessible by vehicle only on Wednesdays, Saturdays and Sundays from 1:00 PM to 30 minutes after sunset.

Ala’ Qadi has started a petition to allow more vehicular access to the popular park, saying the decision to close the parkways unfairly restricts vehicles, walkers, families with young children and those with mobility issues.

“For example, you want to go to Pink Lake, you walked 7.7 kilometers,” says Qadi. “We need access to the access points. We can’t have favoritism against a group that uses the park’s sidewalk, not the inside of the park, over other groups and any other user.”

Catherine Verreault, NCC director of Quebec Urban Lands and Gatineau Park, says the plan to restrict traffic in the park has been in the works since 2015, but admits it’s a polarizing problem.

“We are moving into a future with fewer cars in the park,” Verreault says. “It’s a new way to access the park and yes, we have to adapt, but it’s the way we have to go from an environmental perspective, from a wildlife perspective. Gatineau Park is a natural park.”

Verreault says new this year, the park will offer electric bike rentals, as well as free electric four-wheel scooter rentals for those who need it. For now, the program is available at Relais Plein Air, which has parking facilities and is also accessible by public transport.

Starting June 25, there will also be a weekend shuttle bus service with 11 stops – some in downtown Ottawa and Gatineau and throughout the park, where cars are currently restricted.

However, Qadi argues that the shuttle service and the rental of bicycles and scooters are not sufficient.

“There is still no access for anyone during the week where so many people would like to enter the park itself, not the sidewalk, except Wednesday afternoon at 1 p.m.,” he says. “They’ve definitely abandoned the recreational user, they’ve let the walkers down, they’ve abandoned disabled people and if they’re going to compromise it has to be equal access.”