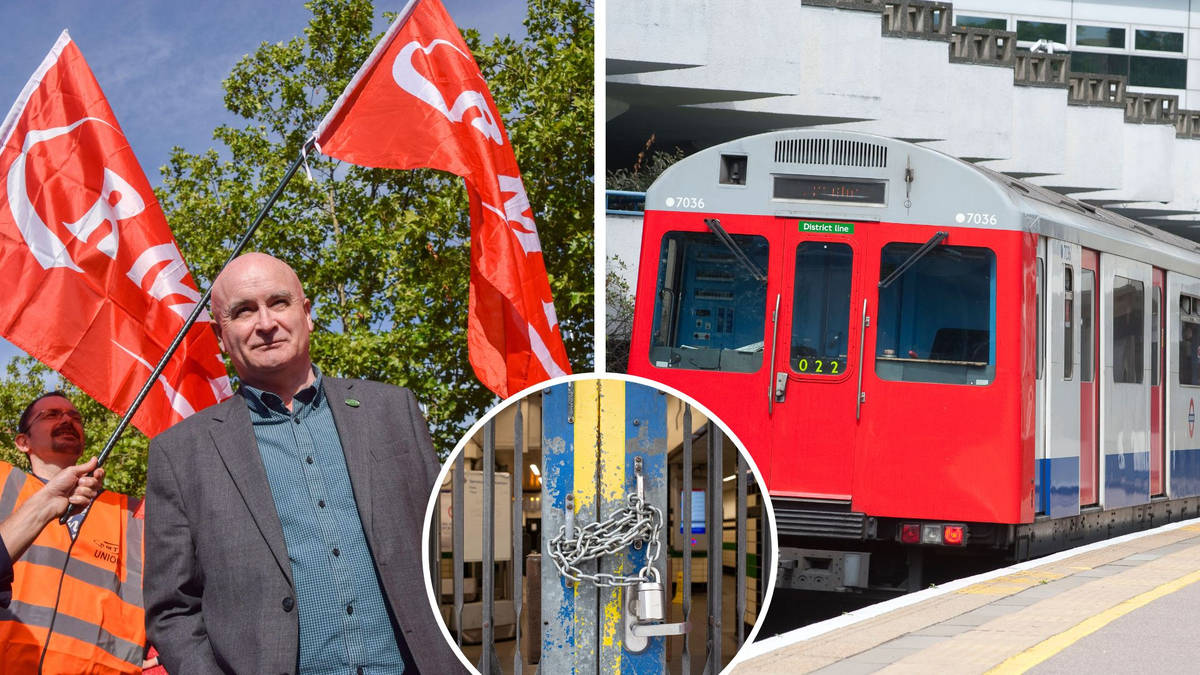 London Underground workers threatened another wave of summer strikes amid an ongoing dispute over jobs, pay, pensions and benefits.

As millions of hard-pressed travelers experienced another day of disruption following this week’s train strike, members of the RMT voted ‘yes’ in a vote to extend their ongoing job security campaign.

Members of the Rail, Maritime and Transport trade union have launched a strike at De Buis in recent weeks, including a 24-hour strike on Tuesday.

This came on top of the separate RMT strike against Network Rail and 13 train operators in the UK that took place on Tuesday and yesterday, with another strike tomorrow.

By law, the RMT had to re-vote its members in the Underground, with the union saying there was a “decisive” result in favor with more than 90 percent of voters supporting union action with a turnout of 53.1 percent.

No new strike dates have been set, but they will be decided by union leadership in due course – raising the threat of disruption to services over the summer amid growing disputes in the sector.

It comes as another union, the Transport Salried Staffs Association (TSSA), has given notice to vote its members in Greater Anglia for strike action and non-strike action over pay, conditions and job security.

Mick Lynch, general secretary of the RMT, confirmed that the union would “take a break next week and consider everything”, adding that a strike by managers involved in the TSSA could lead to more workers joining the dispute. would mix.

Meanwhile, there was little hope today that future strikes at de Buis could be averted – following four strikes in the past three months – after Sadiq Khan suggested he accept the union’s demands not to cut pensions.

The mayor of London said he was “unconvinced” that Transport for London’s pension scheme, which cost the operator £401 million in premiums last year, should change its benefits.

The pension issue is a major concern for the RMT, along with pay increases and a 600 job cut for station staff. In recent months, the union has already left the Tube on 1 and 3 March and 6 June, but also on Tuesday.

But Keith Prince, a member of the Conservative London Assembly, said: “It is disgraceful if Sadiq Khan decides he would rather cut bus routes and other TfL services than save £182 million a year by reforming TfL pensions.”

It comes after TfL was given a three-week extension of its current government Covid bailout.

Speaking about the prospect of future Tube strikes and the final vote, Mr Lynch said: “This is a fantastic result for our members and proves that the arguments advanced by RMT are supported by Tube workers.

“Transport for London (TfL) and the Mayor of London should seriously rethink their plans for hundreds of job cuts and seek to get hard-earned pensions from workers who serve the people of London on a daily basis. We are well aware of the austerity measures that the government of Westminster on TfL.

“However, Mayor Sadiq Khan must launch a serious campaign for the people of London to give the capital the funding it deserves for public transport. He must not try to sacrifice our members’ pensions and jobs to stay within budget constraints. adopted by (Prime Minister) Boris Johnson.”

But Andy Lord, Chief Operating Officer of TfL, said: “We are disappointed that the RMT has been given a mandate for further strike action. Due to the pandemic and its impact on TfL’s finances, we need to become more efficient.

“To continue to perform for London and support our workforce, we have been working with unions and staff over the past year to develop plans to adapt to these challenges.”

“There are no proposals to change pensions or benefits and our proposals will ensure that any reduction in positions is achieved through vacancy management, in line with our non-mandatory severance agreement. We call on the RMT to continue to work with us .”