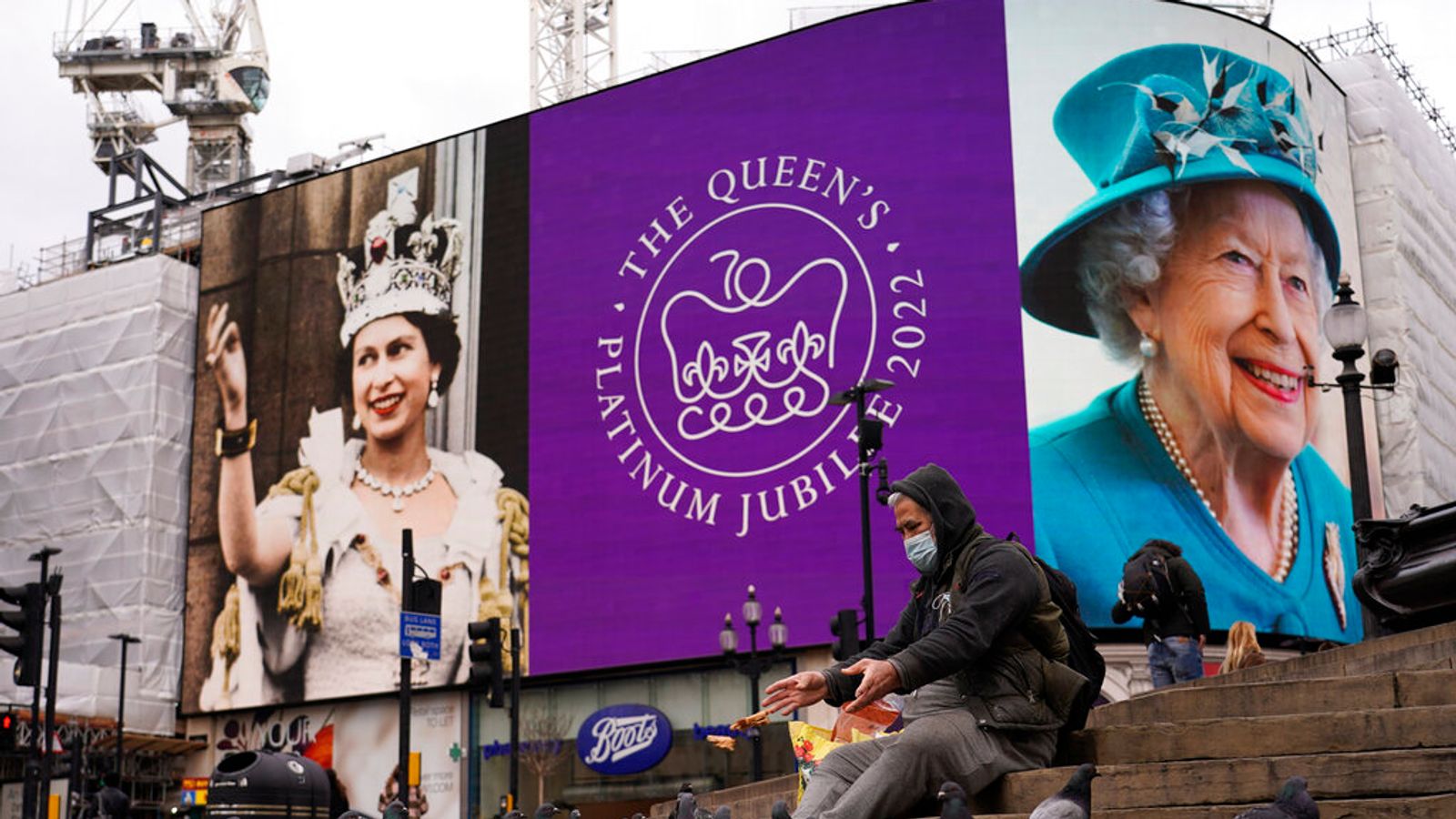 The timing for the Platinum Jubilee weekend has been revealed with the celebrations in just over a week.

Here’s the rundown of what will happen at events and celebrations as the nation pays tribute to the 70 years queen as sovereign.

10am – The Queen’s Birthday Parade – Trooping the Color – begins.

10.30am – Members of the Royal Family leave Buckingham Palace for the parade ground. The military spectacle will be followed by a performance from the Queen on the balcony, expected, plus key royals, including the Cambridge children, to watch a special flypast.

9:25 PM – Members of the royal family arrive to see the illumination of the main beacon in the palace – a 21-meter-tall tree lined with trees. More than 3,000 beacons are lit in the UK and Commonwealth.

11am – The Royal Family begins to arrive at the service of thanksgiving at St Paul’s Cathedral.

12.25pm ​​- Members of the Royal Family then attend a Guildhall reception hosted by the Lord Mayor.

What do we know about the celebrations so far?

5:30 PM – The Epsom Derby race takes place. The Queen and her family are expected to head to the racecourse on Derby Day, where the monarch will be greeted with a guard of honor made up of up to 40 of her past and present jockeys.

7:40pm – Members of the Royal Family arrive at the BBC’s Platinum Party at the Palace concert.

20:00-22:30 – The open-air concert in front of the Palace, starring Queen + Adam Lambert, Alicia Keys, Duran Duran and Diana Ross, will be broadcast live on BBC One.

Street parties and big anniversary lunches are organized all over the country.

2.30pm-5pm – The Jubilee Pageant takes place in central London, with a 3km Carnival parade featuring a cast of thousands, including puppets and celebrities, paying tribute to the seven decades of the Queen’s reign. It goes through The Mall and past the Palace.

In the final, Ed Sheeran will perform and sing the national anthem in front of the Queen’s official residence.