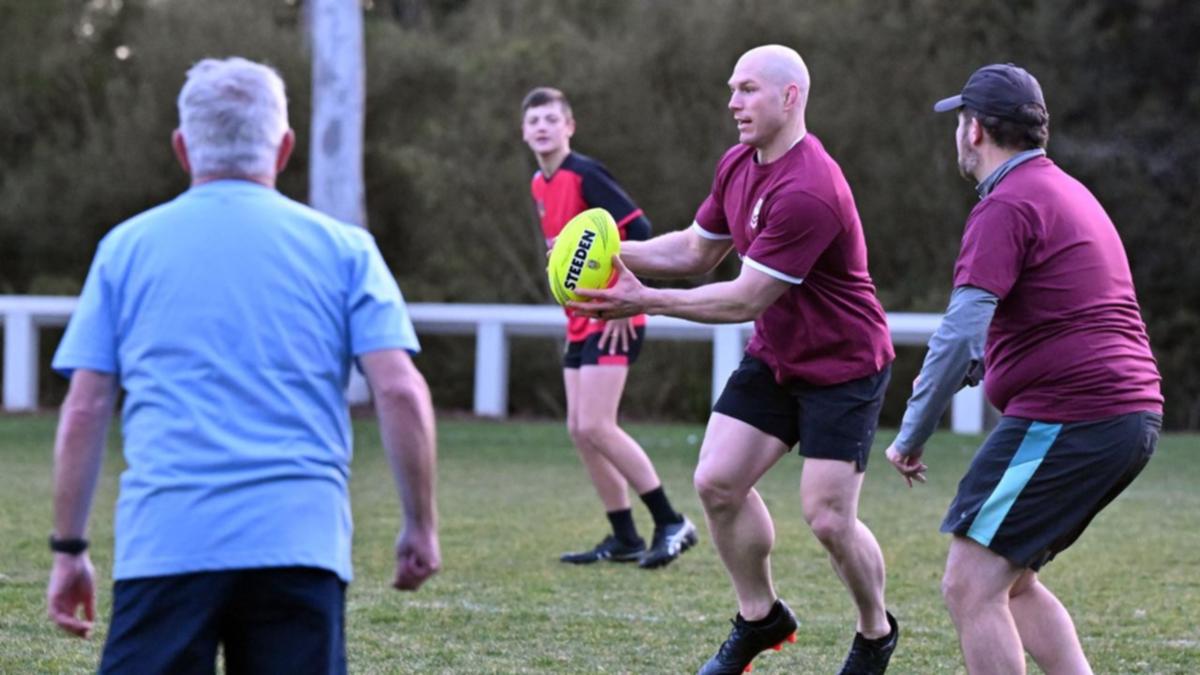 David Pocock wants Canberra to be known for more than just the city’s roundabouts and politicians.

The former Wallabies player, who is now the ACT’s first independent senator, is on a mission to create a more inclusive society.

He emphasized his quest by having Auslan translator Amanda Dolejsi sign his first Senate speech on Tuesday.

Senator Pocock initially insisted on having an Auslan translator in the room by his side, but the government only allowed Ms Dolejsi to translate from the parliament building broadcast studio and on big screens in the room and on-screen appear in the live broadcast.

“We are making progress as a country, but it is in all of our interests to continue to build a more inclusive society that celebrates difference and diversity,” he said.

“Today we have achieved the former, but not the latter. In the future I hope we can achieve both.”

But while you can take a senator out of the Wallabies, it seems you can’t take rugby out of a senator, as the independent kicks off the day on the football pitch for a parliamentary ‘State of Origin’ match.

In addition to Barnaby Joyce and Anika Wells, Senator Pocock led his team to defeat at the hands of the NSW Blues, with Prime Minister Anthony Albanese lifting the coveted trophy.

The senator also used his maiden speech to call for increased parliamentary representation for the ACT, which maintains two senate positions despite a population close to par with Tasmania.

“We also need more equitable representation – that’s an argument I look forward to during this term,” he said.

“Yes, we are a city of roundabouts and politicians. But we are also much more than that.

“We are the capital of the country. I want this to become a source of great pride again. We are no longer a safe place.”

It also welcomed the introduction of a bill to repeal a moratorium on the ACT and Northern Territory on voluntary death assistance legislation.

“Like many Australians, I came here from distant shores. The story of my own family has been told many times. This is not just a story of my family, but of so many families who now call themselves Australian,” he said.

“I am clearly white – ‘moon tan white’ as my former teammates liked to tell me over the years – and I don’t want to confuse my migration experience with the many migrants whose experience is defined by the color of their skin.

“We are the capital of the country. I want this to become a source of great pride again. We are no longer a safe place.”

“I enter the Senate as a Green, one of a record 16 elected Greens in this parliament. I am also part of a growing global Greens movement,” he told the chamber in his maiden speech.

“This is a movement of solidarity that collectively sees our challenges and realizes that we all share this one planet.”