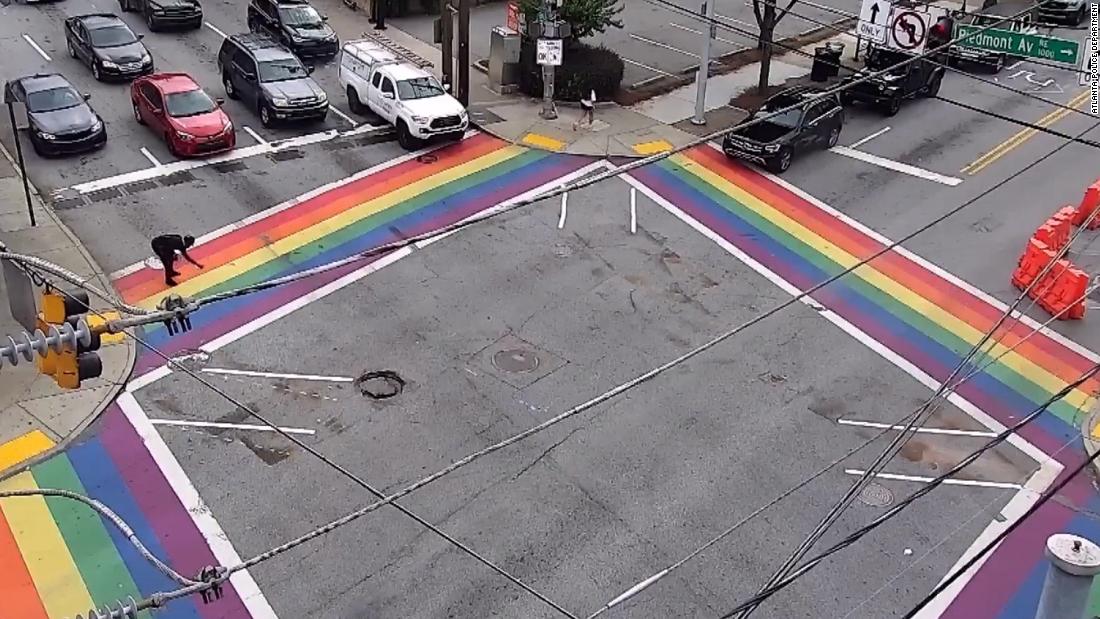 The Rainbow Crosswalks are located at the intersection of 10th Street and Piedmont Avenue in downtown Atlanta, across from the site of the city’s first LGBTQ+ bookstore. The zebra crossings were originally installed ahead of the 2015 Pride festival. The city of Atlanta made the rainbow zebra crossings a regular feature in 2017 as a “remembrance of the 49 LGBTQ+ lives lost in the horrific shooting at Pulse nightclub in 2016.” the mayoral branch of LGBTQ affairs said on its website.
The painted walk is a “symbol of acceptance, unity and tolerance that represent the diversity of the LGBTQ+ community and its allies,” according to the group that pushed for its creation.
The swastika became an infamous symbol of hatred after Adolf Hitler adopted it as the emblem for the Nazi party.
Hitler launched a campaign of persecution against the gay community after he became Chancellor of Germany in 1933.

The Holocaust Memorial Day Trust estimates that between 10,000 and 15,000 men “accused of homosexuality” were deported to concentration camps during World War II.

Authorities have released surveillance videos of the incidents and are asking anyone with information to help identify the person to contact 911 or CrimeStoppers Atlanta.