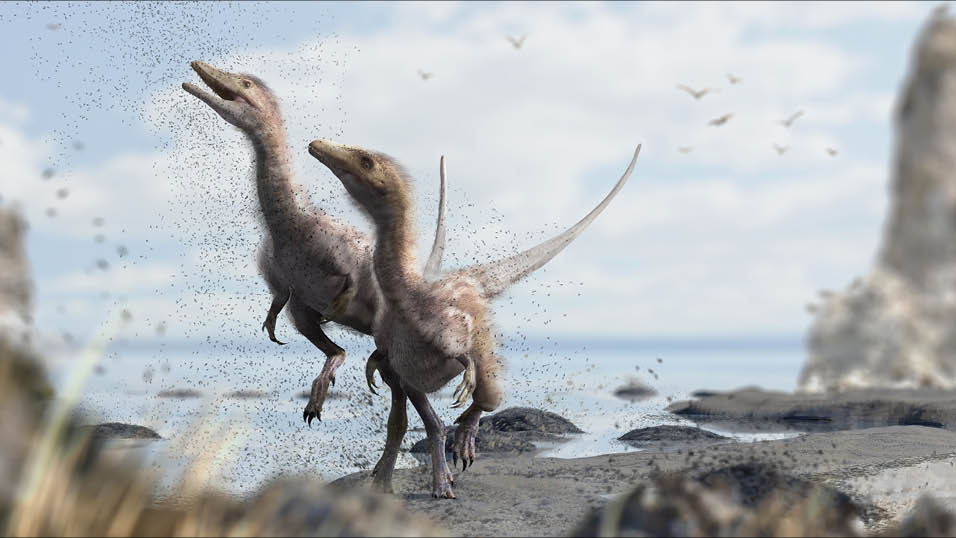 The team worked closely with program makers and scientists a year before production began to lay the visual foundation for the series. They created hundreds of pieces of concept art that played an important role in developing the documentary approach to natural history, storylines, creatures and environments that were then brought to life on screen.

The big ambition for the series was to recreate a wildlife documentary from the BBC Studios Natural History Unit. Documentaries such as ‘Planet Earth’ and ‘Blue Planet’ have shown the natural world in inimitable style and detail, one of its features is to portray previously unknown behavior of the inhabitants of the earth. The creators of ‘Prehistoric Planet’ wanted to do the same, but with the creatures and environments of 66 million years ago.

Natural history documentaries are filmed in a very specific way, using techniques and equipment specifically designed around the limitations of filming remote animals, which engage in different types of behavior, in often challenging environments. By mimicking the style, camera work, framing and editing techniques of those documentaries, ‘Prehistoric Planet’ brings a groundbreaking level of realism to watching Cretaceous-age creatures in action. 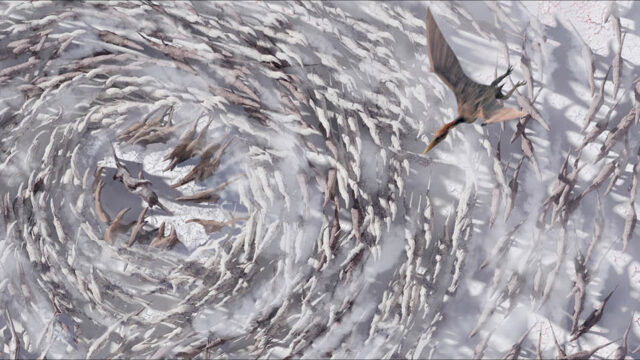 A Jellyfish team of 12 concept and storyboard artists led by Jellyfish Pictures Creative Director Tom Brass worked closely with programmers to help them realize this approach.

Tom and his team were presented with key story scenarios and got to work. First, they studied modern natural history documentaries and the advanced techniques used to show the natural behavior of wildlife. Using CG camera lenses to recreate the composition of natural history filming, the team then created hundreds of pieces of concept art that helped the BBC Studio Natural History Unit visualize and storyboard key scenes and sequences, consistent with this goal. .

Jellyfish worked to provide visual development and concepts that were not only in line with those of a natural history documentary, but also rigorously fact-checked and beautiful and engaging, further immersing audiences in the Cretaceous world. 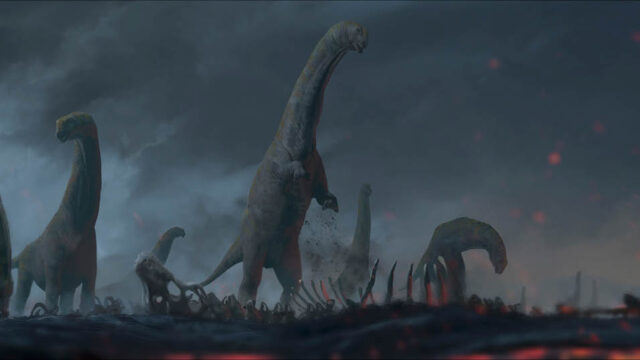 Like ‘Planet Earth’ and ‘Blue Planet’ before it, ‘Prehistoric Planet’ presents the little-known behavior of Earth’s inhabitants. On screen, dinosaurs are rarely depicted doing what most animals do; attract a mate, laze around, look for food and care for their young.

Thanks to the latest research and modern wildlife documentary techniques, program makers presented that behavior with a new level of compassion, understanding and realism that would have been impossible before.

Jellyfish were able to help the BBC Studio Natural History Unit break new ground by helping to develop and visualize these scenes. For example, Gallimimus was drawn with flowers and reached an island in the river as part of a mating ritual. 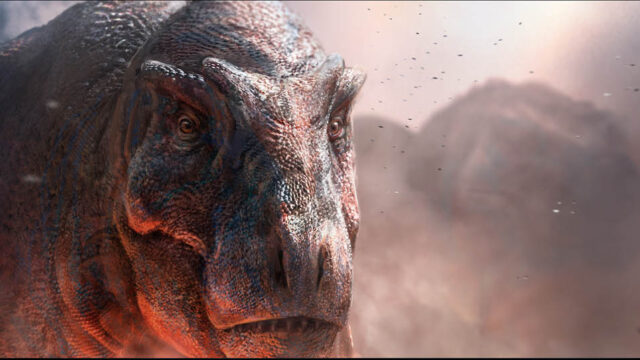 Artists at Jellyfish designed nearly 60 of the dinosaurs in the series, and collaborated with a scientific advisor to create detailed depictions of creatures we know, and many new to the public.

Jellyfish Pictures’ work on ‘Prehistoric Planet’ began in 2019 and over the course of a year they worked with programmers to lay the visual foundation for the series. Through extensive visual development and collaboration with scientists and filmmakers, Jellyfish helped the BBC Studio Natural History Unit deconstruct and apply natural history filmmaking techniques to show dinosaurs and the Cretaceous Age in as realistic and immersive a way as is possible today.