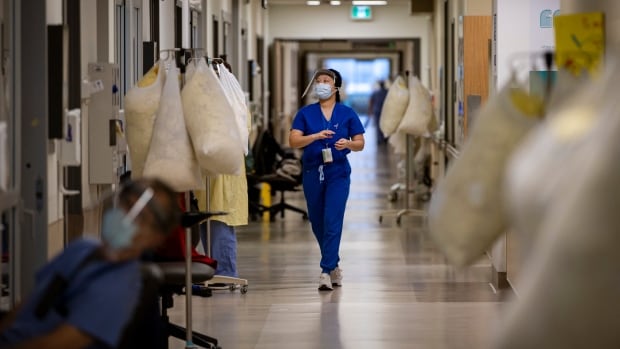 There is a growing chorus of opposition MPPs calling on Health Secretary Sylvia Jones to show up and provide tangible solutions to what they believe is a crisis facing the county’s health care system.

At a news conference Tuesday morning, Ontario Liberal MPs John Fraser and Dr. Adil Shamji, that Jones and Prime Minister Doug Ford are still missing as the health care system faces unprecedented pressure and emergency departments across the province are forced to close.

“For months, Ontario nurses, doctors and frontline health professionals have been warning the Ford government of the crisis we are now experiencing in our hospitals,” Fraser said.

According to the Ontario Nurses’ Association (ONA), about 25 hospitals in Ontario were forced to downsize parts of their facilities over the long weekend due to staff shortages.

According to Fraser, “during this crisis” both the Prime Minister and the Minister of Health have been absent and silent.

“The message that the Prime Minister and the Minister are sending to the front lines, to patients and their families is that we don’t care, it’s okay, you’re on your own,” Fraser said.

In a statement sent to CBC Toronto on Friday, Jones said the Ontario government has added more than 10,500 health workers to the health care system since the start of the COVID-19 pandemic. That number includes more than 762 internationally trained nurses, who have been placed in 62 hospitals across the province, she said.

“Like many jurisdictions around the world, Ontario’s health system is under pressure from the challenge of maintaining the required workforce. We have proactively worked with all partners, including Ontario Health and its 140 public hospital companies, the regulatory colleges and health unions, to address this workforce pressure,” she said.

Jones added that the government needs to identify both short-term and long-term solutions to staff shortages.

ONA President Cathryn Hoy said on Monday that hospitals should close wards, reduce the number of beds or divert patients to other locations on weekends. She called the situation a “disaster” and warned that staff shortages at hospitals across the province will only worsen over the weekend.

“This living has to stop now. It really is. And nurses walk away every day,” Hoy said. “And if this continues and there is no ray of sunshine or hope from the government, it will only get worse.”

Hoy said she thinks the September long weekend will be “horrible.” The ONA represents 68,000 nurses and healthcare professionals and 18,000 affiliated nursing students.

She called for the repeal of legislation known as Bill 124 limiting annual salary increases for nurses. Protecting a Sustainable Public Sector for Future Generations Act, passed in 2019, limits wage increases for provincial workers, including nurses, to one percent per year, which is below inflation.

“The government needs to sit down with us, pay people what they should get, see if they can get staff, change some of the programming because people need a rest,” she said.

Shamji, who is also an emergency physician, says Ford and Jones have had “zero leadership” despite repeated calls for action.

“Frankly, I’m stunned that even the closure of the emergency room in Secretary Jones’ own drive hasn’t forced her to say a single word or take any action,” Shamji said.

“I have not been able to get any response from Secretary Jones despite multiple emails and even resorting to sending a letter by post last week.

“Prime Minister Ford and Secretary Jones need to come out… and they need to show leadership,” he added.

Doris Grinspun, CEO of the Registered Nurses’ Association of Ontario (RNAO), said on Monday that the shortage of nurses has reached a critical point. She described the situation as “barely”. RNAO is a professional association representing registered nurses, nurse practitioners and nursing students in Ontario.

Grinspun said she hopes a meeting with Ontario government ministers, including Health Minister Sylvia Jones, which is expected to take place soon, will make a difference.

“We need giant steps, which means all solutions are on board at once. And these solutions too cannot wait for the legislature to resume on August 8. They must happen now,” she said.