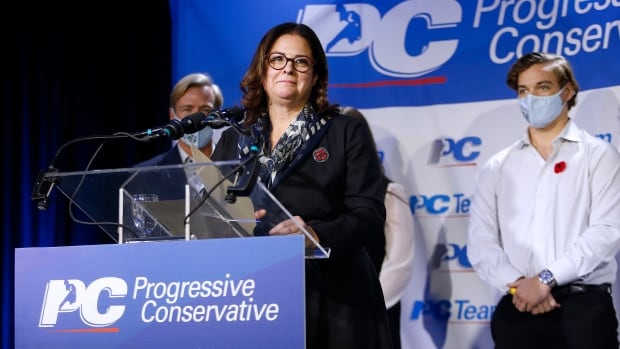 Heather Stefanson broke election finance rules in her bid to be elected leader of the Progressive Conservative Party and, by extension, prime minister of Manitoba, according to the Manitoba Commissioner of Elections.

Stefanson defeated rival Shelly Glover in the PC leadership race that ended on October 30, less than two months after Brian Pallister stepped down as prime minister and party leader.

Johnson accused Stefanson of incurring charges for her bid for the PC party ahead of the official start of the competition period, which is a violation under the Elections Financing Act, Bowles said in a letter dated May 12.

Bowles said during an investigation that Stefanson confirmed she had incurred $1,800 in expenses before the August 23 campaign start date.

“Prime Minister Stefanson acknowledged that these charges were made prematurely in retrospect and apologized for her mistake,” Bowles wrote.

“She explained that she hadn’t considered spending money on her campaign at the time and was banned.”

His letter also states that he has found no evidence that Stefanson’s campaign intentionally broke the rules.

As such, he ruled that it would not be in the public interest to prosecute the Prime Minister for the infringement. Instead, Bowles issued a formal warning to Stefanson.

“The early campaign launch from a hopeful leadership may have benefited that candidate and I do not believe it would be appropriate for me to completely ignore this violation of the law,” his statement read.

In his formal warning to Stefanson, Bowles said it is the responsibility of leaders and their campaigns to be aware of the rules governing election spending.

Jordan Sisson, Stefanson’s campaign manager, reiterated that the breach was not intentional.

“Premier/MLA Stefanson has already apologized for the inadvertent mistake,” Sisson said in a statement Friday.

Sisson said the $1,800 spend was related to an August 18, 2021 event at the Waverley Heights Community Center at which Stefanson announced her intention to run for PC leadership.

NDP MLA Malaya Marcelino accused Stefanson of not following the rules “everyone obeys”. She pointed to the Prime Minister’s failure to publicize $31 million in personal property sales as an example.

“Manitobans hold their political leaders to a higher standard,” Marcelino said. “It is clear that Prime Minister Stefanson cannot reach that bar.”