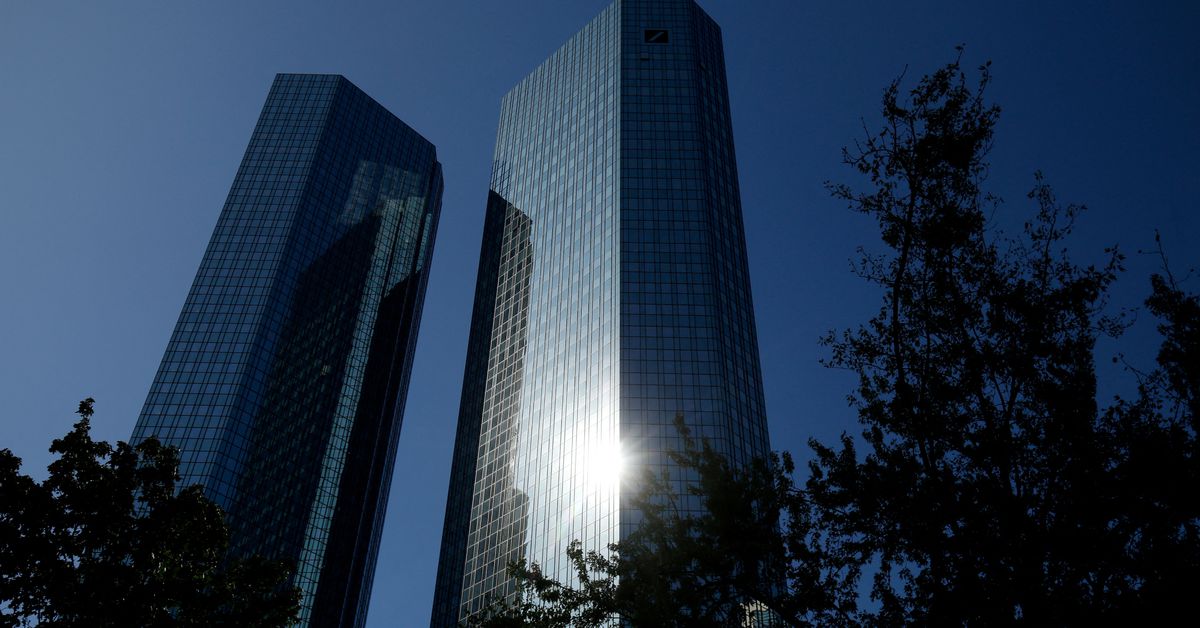 FRANKFURT, Apr. 29 (Reuters) – Prosecutors, federal police and other officials searched the Deutsche Bank (DBKGn.DE) headquarters in Frankfurt on Friday in a move that Germany’s largest lender says was linked to money laundering suspicions it gave to the government. authorities reported.

Under Chief Executive Christian Sewing, Deutsche Bank has tried to restore its reputation after a series of embarrassing and costly regulatory flaws, including another attack on money laundering in 2018.

Deutsche Bank said in a statement that the search was related to suspicious transactions that it had itself reported to authorities and that it was fully cooperating.

The issue is whether Deutsche Bank submitted the so-called suspicious activity report on time or not, according to a person with knowledge of the facts. Deutsche acted as a correspondent bank on the transaction, the person said.

Prosecutors said they had a search warrant but declined to comment further. They said representatives of the financial regulator BaFin also participated.

Money laundering issues have put the bank in trouble in the past.

The US Justice Department has also been investigating for years over transactions that authorities say were used to launder $10 billion from Russia, leading to the German bank being fined nearly $700 million.

In 2018, BaFin took the unusual step of installing KPMG as a dedicated monitor at Deutsche to monitor the progress of money laundering controls.

Deutsche has said it has strengthened its resources to fight money laundering.

This week, the bank posted a better-than-expected 17% rise in profits in the first quarter as investment banking revenues soared, but warned the conflict in Ukraine could hurt annual profits.

A Reuters witness said there was no sign of authorities outside the bank’s headquarters on Friday.

That contrasts with the 2018 raid when about 170 police and other officials arrived in vehicles marked blue and gray.