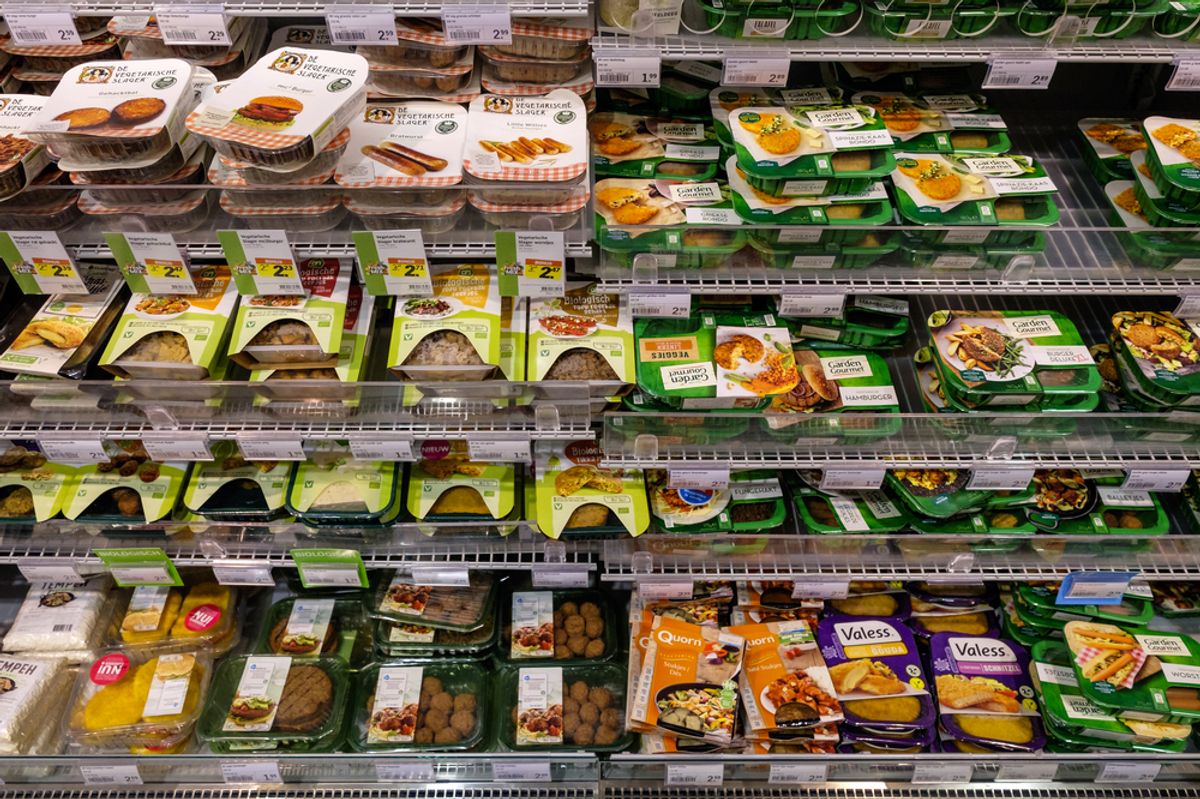 Some experts predict that by 2040, almost all “meat” will be meat-free or lab-grown. Image credit: https://www.hollandfoto.net//Shuterstock.com

Protein from plant-based meat alternatives doesn’t appear to be absorbed as well in the gut as protein from chicken meat, according to a new study in the Journal of Agricultural and Food Chemistry.

High in protein but low in unwanted fats, plant-based meat alternatives are often touted as a healthier alternative to the real deal. However true, the new research suggests the body may have a harder time absorbing the proteins from meat alternatives compared to a piece of chicken.

Ohio State University researchers cultured human intestinal cells in a Petri dish and analyzed the cellular uptake of the peptides (the “building blocks” of proteins) when confronted with chicken meat and a substitute made with soy and wheat protein. Cooked substitute pieces and chicken meat were added to the cell cultures after they had been ground up and broken down with a digestive enzyme found in the human gut.

Their tests showed that peptides from the meat alternative were less soluble in water than those from chicken and were not absorbed as well by human cells.

Obviously, this is a vastly simplified model, lacking many of the complexities of a real human gut, so conclusions should be drawn with caution. The study authors write that future research should look at whether these results can be replicated in living, breathing organisms, not just a few cells in a glass dish.

Caveat aside, the study’s findings clearly imply that less protein is absorbed through the gut wall into our bloodstream from meat alternatives compared to poultry.

The market for plant-based imitation meat has exploded in recent years. A survey found that 65 percent of people in the US have consumed plant-based meat alternatives in the past year, with 2 in 5 of them eating them on a daily or weekly basis. It’s a trend that will only continue, with some experts predicting that nearly all “meat” will be meat-free or lab-grown by 2040.

There are many reasons for this growing popularity, ranging from environmental concerns to ethical and religious considerations, but one of the most frequently cited motives for switching to meat alternatives is health.

Consuming large amounts of meat certainly has its drawbacks, from an increased risk of cancer to cardiovascular problems, but the health benefits of meat alternatives are somewhat debatable

Compared to real meat, plant-based alternatives generally contain less saturated fat and cholesterol. They also contain fiber, which meat does not. On the other hand, they can have a higher sodium content, plus other unwanted things like preservatives and artificial additives.

Also, as this new research shows, it’s not certain whether the protein from soy-based meat alternatives is as good for you as real meat, but further research needs to be done.