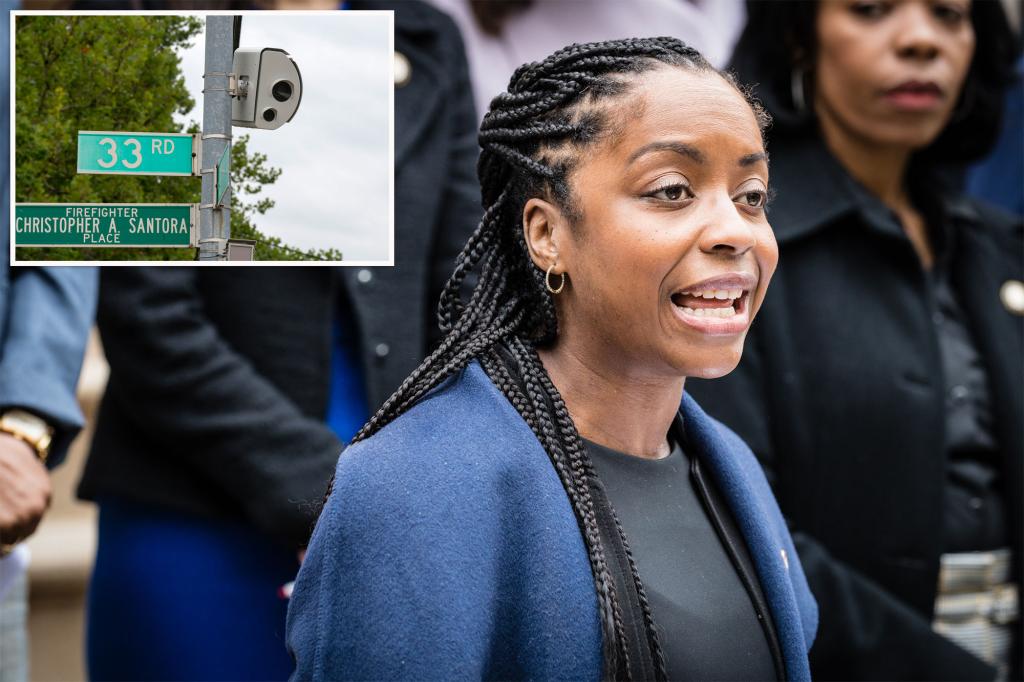 The city council’s transport seat has been caught speeding three times in recent months, despite a promise to “do better,” it was revealed on Wednesday.

Councilor Selvena Brooks-Powers (D-Queens) pledged to step on the brakes in April when a local news site caught her with as many as 17 speeding tickets in 11 months.

But although Brooks-Powers, 39, told Streetsblog, “I absolutely promise to do better” after she was called out for speeding, city cameras caught her breaking the legal speed limit on April 24, June 23 and July 22.

The counsel, whose committee has met just six times since becoming its chairman in January, has put on a show of taking various modes of transport around the city.

But Streetsblog’s report in April told a different story: Two of her speeding tickets occurred on days when she was touring the city and discussing public transportation with her colleagues.

Nearly all of Brooks-Powers’ violations took place in her hometown of Queens, where 27 people were killed in car accidents as of July 31 this year.

New York City has dramatically increased the number of automated speed cameras in recent years — most recently on August 1, when the cameras began operating 24/7.

City officials say the cameras have reduced speed — but skeptics remain, including New Jersey lawmakers who have forced their state to deny New York City the information it needs to bill drivers who commit violations.

Brooks-Powers’ driving record qualifies her for the “Dangerous Vehicle Reduction Program,” which allows the city to impound vehicles with 15 or more speed cameras in a 12-month period until the registered owner completes a driving safety course.

A representative from the city’s department of transportation declined to say whether Brooks-Powers is enrolled in the program.

The councilor – who praised the cameras on June 30 as part of a larger series of speed-reducing technology being deployed to protect motorists, pedestrians and cyclists – has not returned requests for comment.