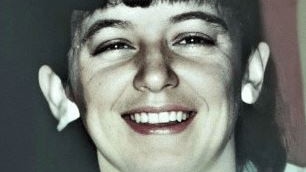 Police have announced a $500,000 reward for information related to the 1989 disappearance of Michelle Lewis, a woman from central Queensland, in an effort to generate new leads.

Mrs. Lewis was last seen alive 33 years ago on her maroon and white bicycle in Rockhampton.

“Despite extensive investigations at the time and since, Michelle has never been found, nor has her bicycle, and police now strongly suspect she was murdered around the time she disappeared,” she said.

Mrs. Lewis, then 21 years old, was last seen alive on her bicycle leaving a friend’s house on Stenlake Avenue, North Rockhampton, intending to ride a short distance to her home on Alexandra Street on Saturday. January 14, 1989 around 10:45 PM.

“The most direct route . . . would have been no more than a mile away and would have taken her only a few minutes,” Detective Senior Sergeant Kentwell said.

“During National Missing Persons Week, we believe that with public help, no matter the passage of time, this crime can be solved, offenders brought to justice, and we can somewhat shut down Michelle’s friends and the Rockhampton community.”

Detectives urged a person who called the police around noon on February 18, 1989, to come forward.

“Before being put through to detectives, the man ended the call.

“We believe there are people out there with information and with this important reward announced, it is now time for those people to reconsider 33 years of silence and go to the police.”

Detective Senior Sergeant Kentwell said Ms Lewis had a tough upbringing after being “abandoned by her mother” at a few weeks old and then raised by her grandmother.

“When [her grandmother] died, Michelle was lucky enough to be taken care of by a friendly lady named Adeline, or Dell, Salhus,” she said.

“Michelle has lived with Dell and her family on Alexander Street for about four years.

“Dell, who has since passed away, told police at the time that Michelle, a former Glenmore High School student, was very responsible and would always call if there were plans or if she was coming home late.”

Detective Senior Sergeant Kentwell said Ms. Lewis’s case was being reviewed in 1999 as part of the investigation into the crimes committed by serial killer Leonard John Fraser.

Fraser died in custody in 2007 while serving a life sentence in connection with three murders and one manslaughter in the Rockhampton area.

“There was no information at the time to indicate that Fraser was involved in Michelle’s murder,” the detective said.

“We believe there are people out there with information and with this important reward announced, it is now time for those people to reconsider 33 years of silence and go to the police.”

“Not too many things have stayed with me over the years, but after 33 years I still think about Michelle Coral Lewis and what happened to her,” she said.

Ms. Gumley said she hoped the reward would lead to a breakthrough.

“I have spent much of my time as a police officer in Rockhampton looking for Michelle and I remain committed to seeking justice for her,” said Ms Gumley.

Mrs. Lewis is described as being 155 centimeters tall, with black shoulder length hair and hazel eyes.

The state government’s reward is for information leading to the conviction of a person or persons responsible for the suspected murder of Michelle.

ABC Capricornia provides an overview of the week’s news, stories and photos every Friday. Register here