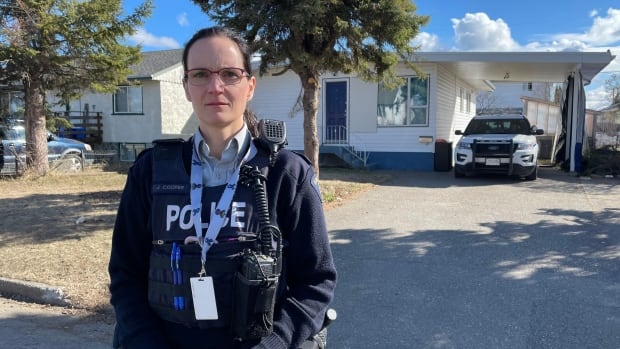 RCMP are worried gang violence is on the rise in Prince George, BC, after recording the third targeted killing of 2022 this week.

The most recent death happened on Sunday on the 1800-block of Spruce Street, near the city’s downtown core. Police responding to a report of gunshots found a man suffering from what RCMP called “apparent gunshot wounds.”

The man, who was identified as Sahib Johal, was taken to hospital but did not survive.

RCMP say Johal is known to police for gang affiliations and, along with several associates, was renting an Airbnb in the Lower College Heights neighborhood of Prince George at the time of his death.

Another report of gunshots came earl y Tuesday from the 700-block of Irwin Street. Police said they found evidence that the shots were targeted at a residence known for involvement in the drug trade. Nobody was reported injured.

Investigators with Prince George RCMP’s Serious Crime Unit are working to find out if these shootings are connected, and whether they’re connected to two other killings this year they believe to be targeted, as well, police said.

The first of those deaths happened Jan. 25 on the 1300 block of Porter Avenue. Derek Mitchell, 38, was named as the victim.

The second happened March 12 when 44-year-old Robert Gordon Elliott was found dead on the 600-block of Irwin Street.

Police deemed both shootings as homicide. Both men were “known to police,” RCMP said, adding that they believed each of the incidents is the result of “targeted acts aimed at specific individuals within the drug trade.”

cpl. Jennifer Cooper says local police have reached out to the RCMP’s Uniform Gang Enforcement Team to support with “enhanced visibility and proactive enforcement” of the law in the coming weeks.

“Some of these incidents have occurred during the day in busy parts of our city,” she said in an interview with CBC News. “There’s a risk [to the public] when gang members bring gun violence into our city.”

They are also asking residents, particularly those in the downtown VLA and Bowl neighbourhoods, to report any suspicious activity to police, including “people from out of town paying for high-price items in cash” or “an increased amount of person or vehicle traffic at a residence.”

The VLA , in particular, has been harmed by gun and gang violence at several points over the past two decades.

Standing for “Veteran’s Land Act,” it was an area of ​​town in which cheap land was given to returning Second World War veterans to build homes.

Today, it is one of the most affordable neighborhoods in the city, attracting a variety of demographics — including low-income families, seniors and people dealing with addiction and mental health issues.

There are numerous community groups based in the neighbourhood, including Hadih House, an Indigenous-led drop-in space serving elsewhere and people in need of assistance, the Connaught Youth Center and Nusdeh Yoh, British Columbia’s first Indigenous-choice school which also acts as a neighborhood hub and support center.

In 2020 police put out a warning after recording four drive-by shootings, an arson attack and two gunshot victims in a week, prompting concern from the neighbourhood.

“I talk to single parents living around me. They worry about their kids even just playing in front of their house,” longtime resident Kitty Mueller said at the time.

While the majority of the incidents are in the VLA, they are also occurring in other neighborhoods and police say the entire city should be on the lookout.