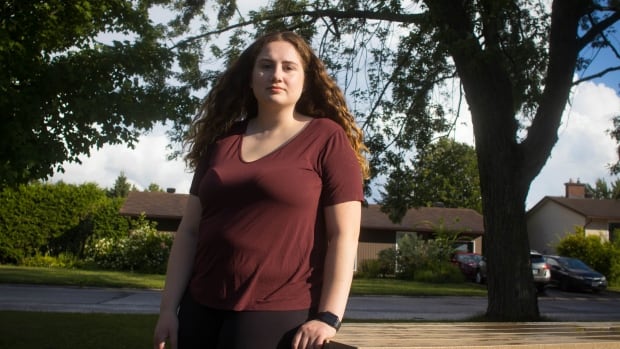 Some recent graduates of the education program say they are experiencing significant delays in receiving their Ontario College of Teachers (OCT) certificates, raising concerns about getting a permanent job in September.

Chelsey Brassard, who graduated from the University of Ottawa’s education program in April, said she began applying for certification in May 2021, while she was still a student.

Almost a year later, the OCT awarded her a temporary certificate, an emergency measure to address the teacher shortage caused by COVID-19. It expires in December. Brassard wants to find a permanent job in education, but she says she can’t do that with the temporary diploma.

“Without this full certificate, it’s kind of holding back my dreams. It’s stopping my career from getting off the ground,” Brassard said. “It just puts a damper on my future.”

Brassard said she called several times to inquire about her application, but would be on hold for three or four hours before getting a rep.

When she received her temporary certificate in May, Brassard said she reached out to schools seeking emergency teaching positions and saw firsthand the demand for teachers.

“From May and June I got calls every day,” she said.

Taylor Harnden also recently graduated from the University of Ottawa’s education program and began her application for certification in December 2021. In May she received a temporary certificate.

“My process with the OCTs was very, very frustrating and at times disturbing from the start,” she said.

Harnden said she had problems with her application and was initially told that her degree, a relatively new program at Algonquin College, was not recognized by the OCT.

Despite calling multiple times and waiting hours before speaking to a representative, Harnden said the information she received was confusing and at times contradictory.

“It’s just frustrating because they tell you not to call. But when you call, you do get an answer and they have answers for you, but it’s all mixed messages,” she said.

These delays were also a financial concern for Harnden, who said not having her full certificate hampered her job search.

Delays in OCT applications are becoming more common, said Joel Westheimer, a professor of social foundations of education at the University of Ottawa and an education columnist for CBC Radio.

He said he had heard the application process was “incredibly frustrating” for many prospective teachers who are on hold for hours and unable to get a response to their emails.

“It’s a bit like calling the phone company,” he said, adding that he’s concerned that teachers may feel disrespected throughout the process.

These delays come at a time when the need for teachers is “huge,” Westheimer explained.

“We have a teacher shortage. We are coming out of the pandemic. We urgently need new, energetic and enthusiastic teachers. We are now using tons of temporary teachers to fill spots that need to be filled by certified teachers,” he said.

It’s difficult to even quantify the current demand for certified teachers, he added.

A college spokesperson said they have received a “much higher than normal volume” of documents, phone calls and emails and are working to bring wait times back to normal, including through more staff.

Between January 1 and June 1, 2022, the college said it certified more than 3,000 Ontario graduates, including temporary certificates.

The college said all certificate applications will be processed within 30 business days of receiving the required documents, and they expect this year’s spring graduates to be certified in the coming weeks.

Both boards said staff who would normally be able to facilitate the request are unavailable as they are currently on vacation.