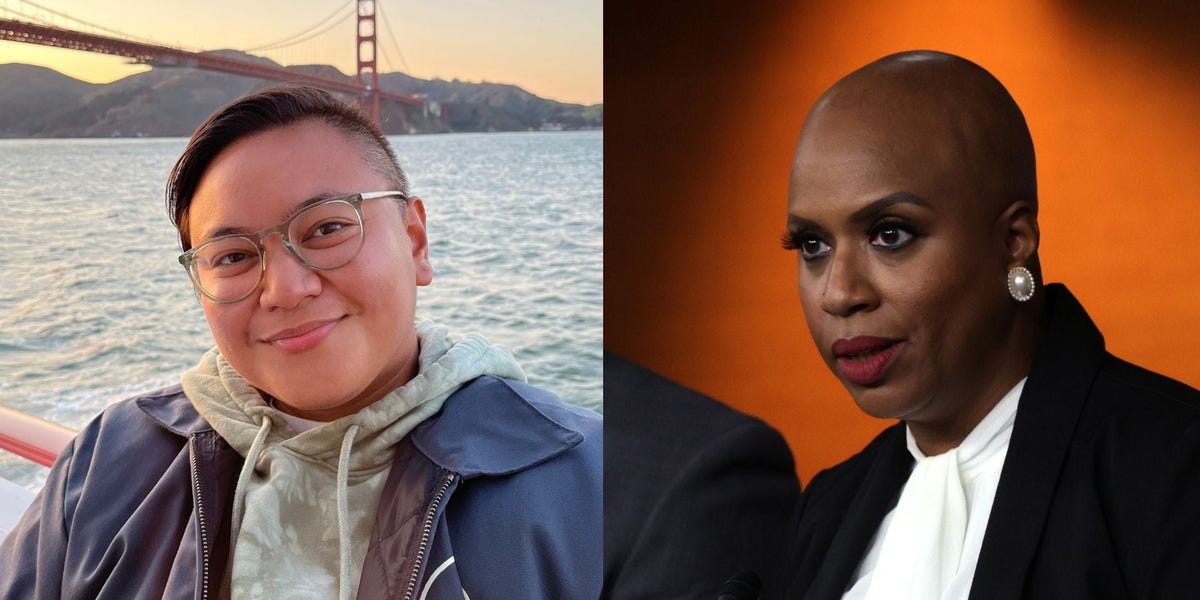 The day the court approved my gender-confirming legal name change was one of the happiest days of my life.

After I got my legal name change decision from the court, I danced out of the building. I face-timed my sisters and my best friends to tell them the good news. We cried, laughed and celebrated this milestone together.

While this was one of the happiest parts of my gender transition, I still didn’t understand that the financial systems we all depend on aren’t equipped to take care of transgender and non-binary people.

Six months later, it was time for me to look for a new apartment before having gender-confirming surgery. While signing up for apartments, I told potential landlords that I was transgender, and explained that they might see a different name in my past financial records.

Three reputable management companies in Los Angeles completely cracked me up after disclosing that information, even after paying fees for credit and background checks. Finally, a management company told me they were having trouble processing my application because I had split credit reports – one under my dead name and another under my new legal name.

In a desperate attempt to secure stable housing months before a major operation, I agreed with the only management company willing to take the time to work with me. They asked for many different forms of identification, both under my new legal name and my dead name, to verify the split credit reports.

The management company asked why my social security number came into existence in 2004 if I was born in 1991. I explained that I am a Filipino immigrant who moved here in my teens. They then asked to see my naturalization certificate to prove what I said. Luckily I had it handy, but I was wondering how many cisgender people have to present their naturalization certificate to get an apartment at all.

When I finally got approval for the apartment, I then had to set up the utilities for my new home. Due to my split credit reports, I had to go to a branch to set up one of my accounts in person as I was not allowed to do this over the phone. I also had to make a $200 down payment to get my utilities on because my split credit reports made me appear less creditworthy.

Changing my name on my credit report can take years

Of the three major credit bureaus, only Experian has publicly expressed support for the transgender and non-binary community. And while the process of changing my legal name on my Equifax credit report is pretty straightforward, TransUnion requires trans and non-binary people to call each individual financial institution on their report — that is, every institution you’ve ever dealt with. , not just your current banks and lenders — to report their legal name change.

Every time I have to report my legal name change to a financial institution, I fear that I will experience transphobia, homophobia or other forms of violence by going out on my own. Even after I put my own time and energy into reporting my legal name change, it can still take months for credit bureaus to process the change.

Because of my split credit reports, I’m afraid of leaving my apartment and going through the same housing discrimination again. I’m afraid that one day I won’t be able to buy a house because of this – or, if I qualify for a mortgage, only with a higher interest rate.

Unfortunately, my story is common in my community. A 2016 survey by the National Center for Transgender Equality found that 19% of transgender and non-binary people have been denied housing because of their gender identity.

But a new bill, proposed today by Rep. Ayanna Pressley (D-MA), things could change. If passed, the Credit Reporting Accuracy After a Legal Name Change Act would ensure that trans and non-binary people don’t have to jump through the same hoops as I do.

The bill would require credit bureaus to stop using dead names and refer only to trans and non-binary people by their correct names. It would also instruct the Consumer Financial Protection Bureau to create a system where consumers can submit a single request to all agencies to have their legal name updated with the aim of ensuring no credit history is lost and no reports are split.

Pressley says, “In this country, your credit score is your financial reputation. The credit reporting system has perpetuated inequalities that pushed our most valuable consumers — including our trans and non-binary siblings — further to the margins. Passing this bill would be a meaningful step as we work toward long-awaited economic justice for the trans community.”

Update, 3:58 PM This story has been updated with details on the bill’s directive to the CFPB.