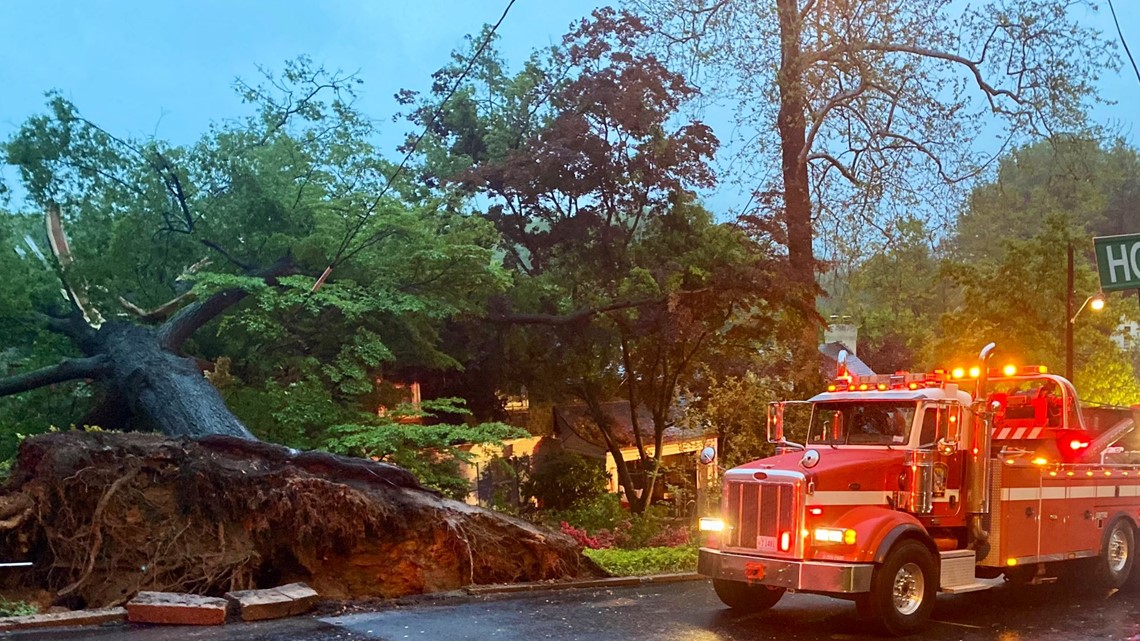 WASHINGTON — Editor’s Note: The above footage originally aired in July 2021.

DC fire officials responded to a tree that had fallen on a house early Saturday morning at a home near Rock Creek Park.

The fire brigade arrived at the scene around 5:16 a.m. and discovered that the large tree had fallen on the house.

The house was searched and luckily officials say there were no entrapments or anyone was injured in the incident.

Firefighters worked with the Urban Forestry to secure the area and say two residents are currently displaced.

Firefighters say the house has suffered serious structural damage and is currently habitable.

While it is not known whether heavy rain in the area contributed to the tree’s fall, officials say the cause is being investigated and residents are safe.

#DCsBrave responded at 5:16 a.m. to a large tree on a house in block 7700 of 17th St NW. The house was searched and it was determined that there were no entrapments or injuries. We have secured and requested utilities @dcra & Urban Forestry. 2 residents were displaced. pic.twitter.com/LDDiOmmC8s