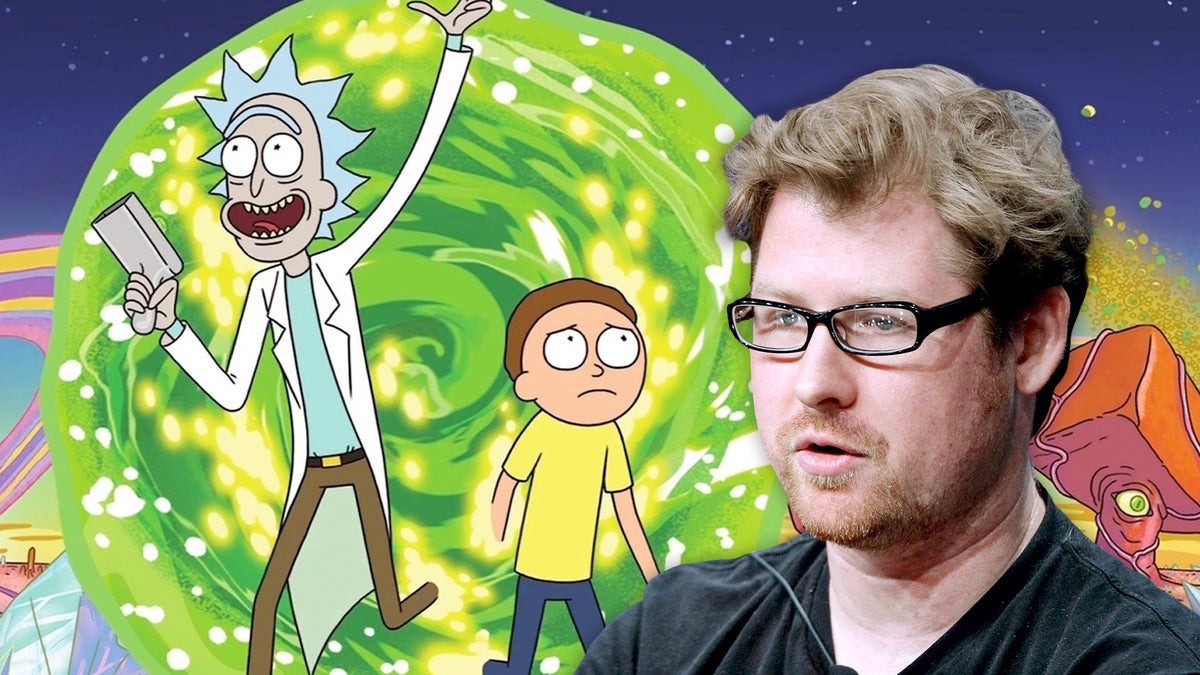 Rick and Morty co-creator Justin Roiland doesn’t have much love for the animated comedy’s fifth season. Speaking to IGN for an interview at San Diego Comic-Con, Roiland admitted to having mixed feelings about last year’s season, although there were extenuating circumstances.

“Season 5 was weird. We lost Mendel,” says Roiland, referring to line producer J. Michael Mendel, who passed away unexpectedly in 2019.

Continuing the adventures of chaotic Rick and his perpetually traumatized grandson Morty, the show’s fifth season put Evil Morty and his plan in the spotlight. As always, it featured a mix of high-concept sci-fi, clever writing, and seriously dark humor.

The 25 Best Cartoons for Adults

But even if the season largely lived up to the standards of previous seasons, Roiland still has mixed feelings about it due to the circumstances of the show’s production.

“It was tough. We were thrown for a loop. That was… yes. If I talk more, I start to cry,” says Roiland.

Now in its sixth season, which was confirmed to release earlier this week in September, Rick and Morty has become known for its chaotic energy, quoteable lines, and sometimes wild cultural moments. Originally a parody of Back to the Future, Rick and Morty has steadily grown into its own massive multiverse with a serialized storyline.

But as far as it’s grown, Roiland continues to prefer Rick and Morty’s first and second seasons, which he owes to the “silliness and fun that happened in the creative process.”

When asked about his five favorite episodes, Roiland ticks them off in no particular order: Total Rickall, the one in which the family deals with memory parasites; Rixty Minutes, the first cable episode; Big Trouble in Little Sanchez, or the one with Tiny Rick; The Ricks Must Be Crazy, starring Stephen Colbert, and M. Night Shaym-Aliens, in which Rick, Morty and Jerry get trapped in an alien simulation.

Roiland remembers these episodes as akin to “Rubiks Cubes” the team had to solve. He describes a scene in which he, co-creator Dan Harmon, and the rest of the team would sit exhausted around a white board, arguing about every possibility – “little things”, such as whether Jerry would lose his suit if the simulation went off. to disappear .

Later seasons were a bit more formalized, Roiland says, less likely to stray wildly. “We wouldn’t just tear everything up and throw it away and start over.”

The passing of Mike Mendel, who had previously worked on The Simpsons, The Critic and Roiland’s Solar Opposites, was difficult and tragic for Rick and Morty’s staff. Roiland wrote at the timeMy friend, partner and line producer Mike Mendel has passed away. I’m devastated. My heart breaks for his family. I don’t know what to do without you by my side Mike. I’m exhausted. “

I think we’re finally getting back into Rick and Morty’s rhythm, and I think season 6… I didn’t think season 5 was that bad, but season 6 is damn great. It really is a quality season.

However, looking ahead to the sixth season of Rick and Morty, Roiland seems more optimistic.

“I’ll say it’s a bit more canonical,” he explains, although he says there will be a good “point of entry” episode as well. “It really rewards fans of the show who’ve watched so far… So it’s like, I think we’re finally back in Rick and Morty’s rhythm, and I think season 6 is… I liked season 5 not really bad, but season 6 is f*cking great. It really is a f*cking quality season.”

As for his relationship with co-creator Dan Harmon, whom he at one point compared to Rick, Roiland says, “It’s okay.”

“I mean, look, we work very differently and I don’t like working. His philosophy is perfection,” says Roiland.

Roiland himself is busy as ever, working on Hulu’s Solar Opposites and continuing to run his own game studio, which is currently developing High On Life – an ambitious first-person shooter. Meanwhile, Rick and Morty Season 6 is scheduled to air September 4 on Adult Swim.

There’s plenty more coverage from San Diego Comic-Con, which closed last Sunday, including our list of SDCC winners and everything announced during the show.

Kat Bailey is Senior News Editor at IGN and co-host of Nintendo Voice Chat. Do you have a tip? Send her a DM at @the_katbot.