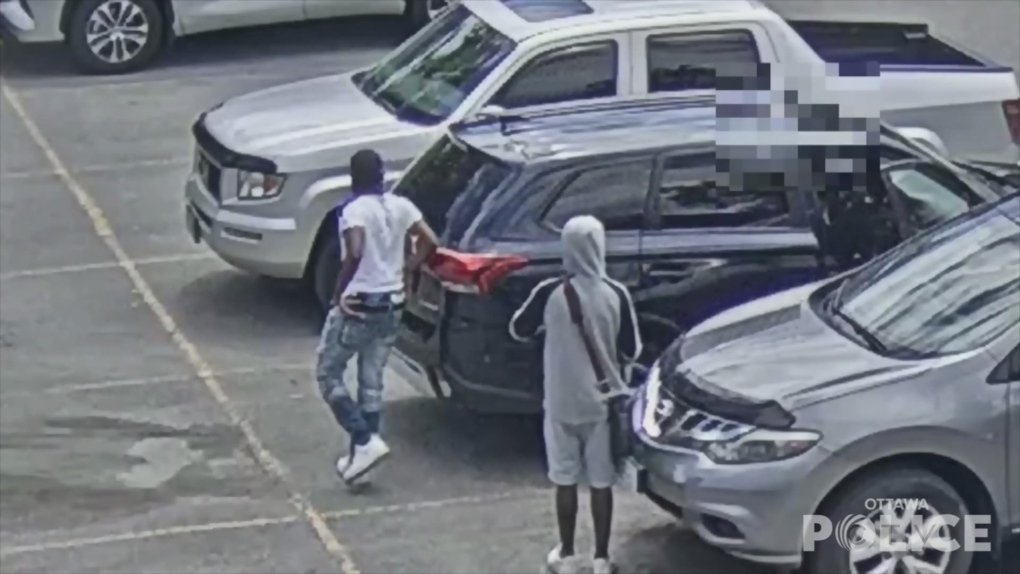 Ottawa police released a video of a brutal daytime shooting that seriously injured one person earlier this month.

The video shows two men approaching an SUV in a Ritchie Street parking lot on the afternoon of July 6. One of the suspects sits in the passenger seat of the car and can be seen holding a gun at a third person, whose identity is hidden. .

The first suspect then gets out of the car, walks to the driver’s side and fights the victim, again briefly pulling a gun.

The other suspect stands by and gets back into the SUV with the two men.

The shooting happened just after 1 p.m. on July 6. No arrests have been made. The victim suffered life-threatening injuries and is in serious condition.

Anyone with information about the two men in the video is asked to contact police.