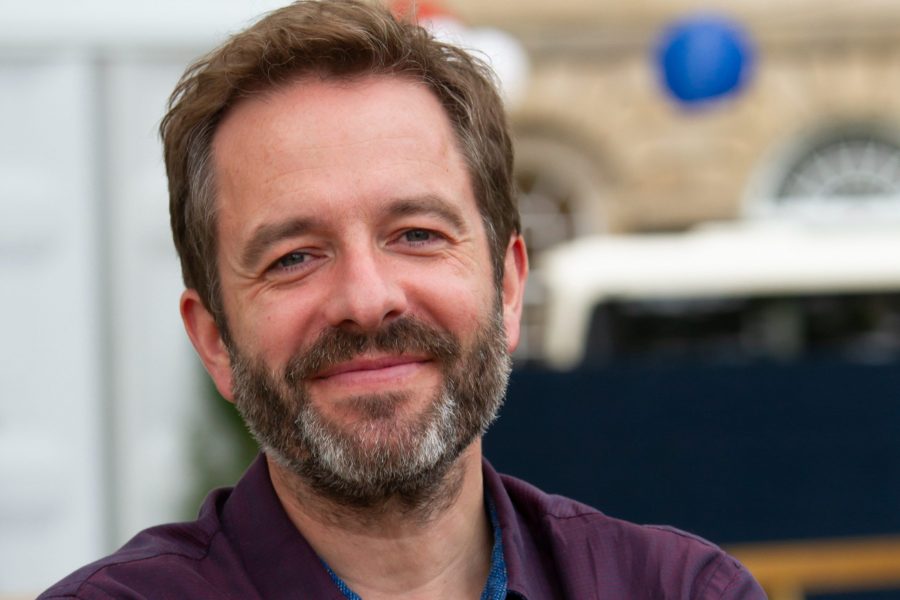 After two years of virtual events, the director of the Toronto International Festival of Authors launches a three-day festival dedicated to the crime and mystery genres

To say that Roland Gulliver is looking forward to the inaugural MOTIVE: Crime & Mystery Festival would be an understatement. After all, he started his job as director of the Toronto International Festival of Authors in February 2020, a month before the world came to a standstill.

And so, while he oversaw two successful virtual editions of TIFA’s fall literary festival, he’s yet to experience the in-person readings, interviews, book signings, parties, and everything else that happens at a major book event — at least here in Toronto. Gulliver was associate director of the Edinburgh International Book Festival for over ten years.

MOTIVE is in fact the realization of a two-year dream.

“When I arrived in February, one of the things I did was ask everyone I met about their favorite writers, who read them,” Gulliver said during a Zoom call.

“I love asking that question and getting recommendations for books, which is essentially what a literary festival is – it’s people recommending books, many times over. One of the things I quickly realized was that Canadians are very, very passionate about crime and mystery writers — their own writers as well as Thomas King, Shari Lapena and Linwood Barclay, and others around the world.”

He was a little surprised that Canada didn’t yet have a festival dedicated to the crime and mystery genres, pointing to Britain’s Bloody Scotland, Harrogate, CrimeFest and Noirwich.

“One of the things I wanted to do was open up the idea of ​​what the festival is,” he continues. “Historically, people may have thought TIFA was a little too far away. Some people say that literary festivals are not for them. So I wanted to try and see what a genre-specific festival would be like.”

While the aforementioned superstar authors King, Lapena and Barclay are all part of the three-day fest – along with Kathy Reichs, Val McDermid, Harlan Coben and Walter Mosley and a slew of Nordic Noir writers (Gunnar Staalesen, Thomas Enger, Lilja Sigurdardottir) – there will also be events reflecting the additions Gulliver has made to TIFA over the past two years.

His interest in integrating performance and music can be found in The Hidden, the interactive mystery show for all ages that takes place in Brampton libraries, and the Fun Lovin’ Crime Writers In Concert, a rock and roll supergroup made up of crime writers. †

There are also masterclasses, events for kids, and a series called Critical Conversations, covering everything from the ethics of crime writing and the science of crime scene investigations to the hot-button topic of policing.

“After 2020 and the Black Lives Matter protests and the death of George Floyd, it would have been really insensitive not to look at issues of crime, police and justice,” said Gulliver.

“There have been a lot of conversations about how the police should be portrayed in fiction,” says Gulliver. Ryan Gattis’ book The System is about two men going through the judicial system. Talking about police and judicial reform is important.”

In a way, the timing for MOTIVE couldn’t be better. True-crime podcasts and TV shows are hotter than ever. Why does Gulliver think crime is in the zeitgeist?

“I think people really want to get deeper into a story,” he says. “We want more content than you can get out of an article. That’s why people love books and book festivals. You go deeper into topics that you see on the news, for example. Among our events is a true-crime panel featuring Paul Palango, whose book 22 Murders looks at the 2020 Nova Scotia mass shooting, one of the most horrific events in recent memory, and Félix Séguin and Eric Thibault, who wrote Inside The Montreal wrote Mafia.

“It’s fascinating to hear in-depth analysis beyond what we’ve read in the headlines. I also think that writers humanize history and crime. Someone like the great Toronto crime writer Charlotte Gray allows us to connect with historical figures in an exciting way.”

And how does he keep up with current writing? Does he have a dozen half-finished books scattered around his house?

“My partner gets a little annoyed with these piles of books that are growing,” he says with a laugh. “While working remotely, one of the things that frustrated me was that I couldn’t physically get my hands on the books. That makes such a difference. You come to know books as physical things – they lie like memory bricks on your desk to remind you to sit on them. So there are a lot of semi-finished books, a lot of talking to people about their recommendations, reading book reviews, entering bookstores.

“Even if I’ve been reading and talking about books all day, I like going to a bookstore and seeing them in their natural habitat, seeing what’s popular, seeing what the staff recommend and what people are buying. That’s all very fascinating. You just get all those different reference points to find out what people are excited about.”

It is no mystery why he leads this festival.

Glenn started writing for NOW’s theater section in 1997. He currently edits and contributes to the film and stage sections. He sees about 280 live shows and 150 movies a year. His mother once described his work as “Seeing The Lion King”