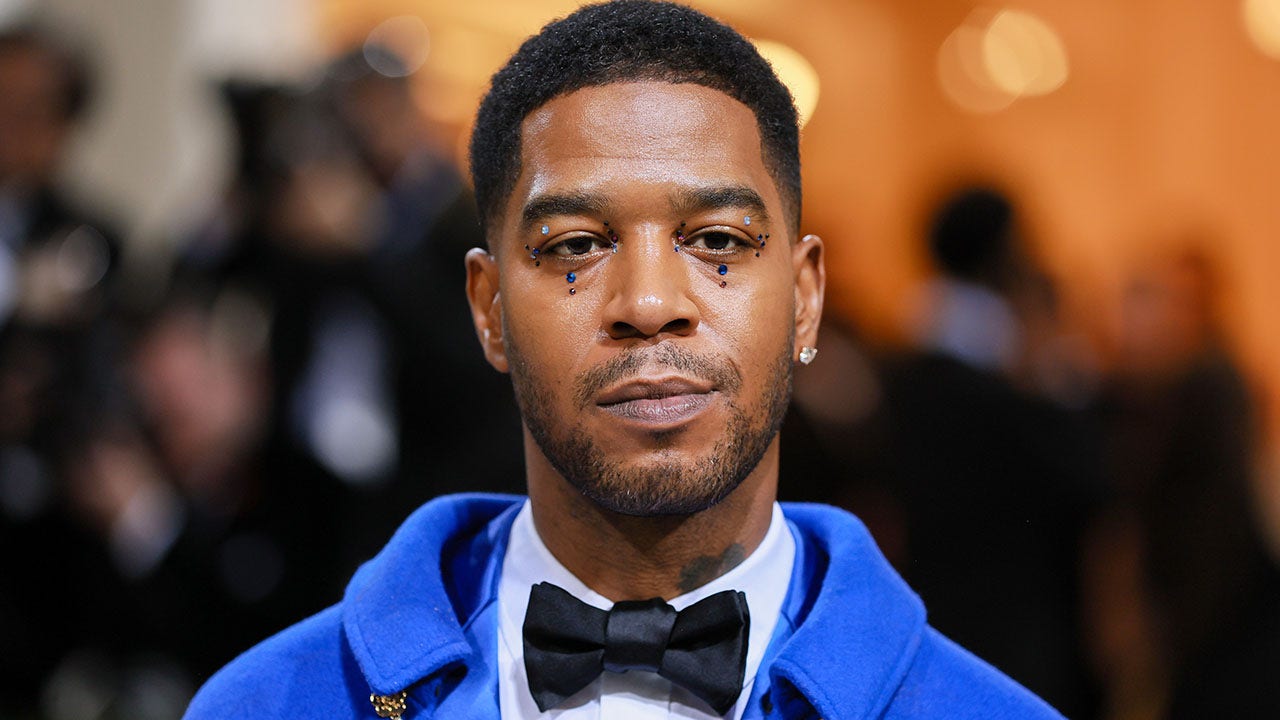 Kid Cudi made a statement during his performance in Rolling Loud Miami.

On Friday night, Cudi walked offstage during his headline act as fans continued to bombard the performer onstage with water bottles and other objects. Rolling Stone reported that Cudi was punched in the face with at least one water bottle.

In a video circulating on social media, Cudi is seen begging the fans, saying, “I’m getting hit by one more f-king thing, I’ll leave now.”

Kid Cudi left midway through his performance at Rolling Loud Miami when fans kept throwing objects at the singer.
(Photo by Theo Wargo)

Cudi kept telling fans that if anything else was thrown, he would walk away and a fan threw another object onto the stage. He dropped his microphone and walked off stage.

Cudi’s performance comes as he took over Kanye West’s spot in the festival lineup after he retired last week. As Cudi walked off stage, fans started chanting West’s name.

Although West did not perform during his headline slot, he made a guest appearance with Lil Durk, where he performed a song from his “Life of Pablo” album.

Cudi begged the audience to stop before departing in the middle of his headlining performance.
(Photo by Jason Koerner)

“We were looking forward to seeing Ye headline Rolling Loud Miami 2022,” it began.

“We’ve been working with him and his team for months on the performance. Sadly, Ye has decided that he will no longer be performing. This is the first time a headliner has ever been off our show and while we don’t take it lightly, we wish him all the best. We look forward to welcoming Kid Cudi as a headliner to Miami and can’t wait to see what he has in store.”

Kanye West made a surprise appearance on rapper Lil Durk’s set after he dropped out of the festival last week.
(AP Photo/Michael Wyke, File)

Hours before taking the stage in Miami, Cudi sent out a tweet raving about the night ahead.

“Who’s ready for the face of melting madness?” wrote the star.

Janelle Ash is an entertainment writer for Fox News Digital.