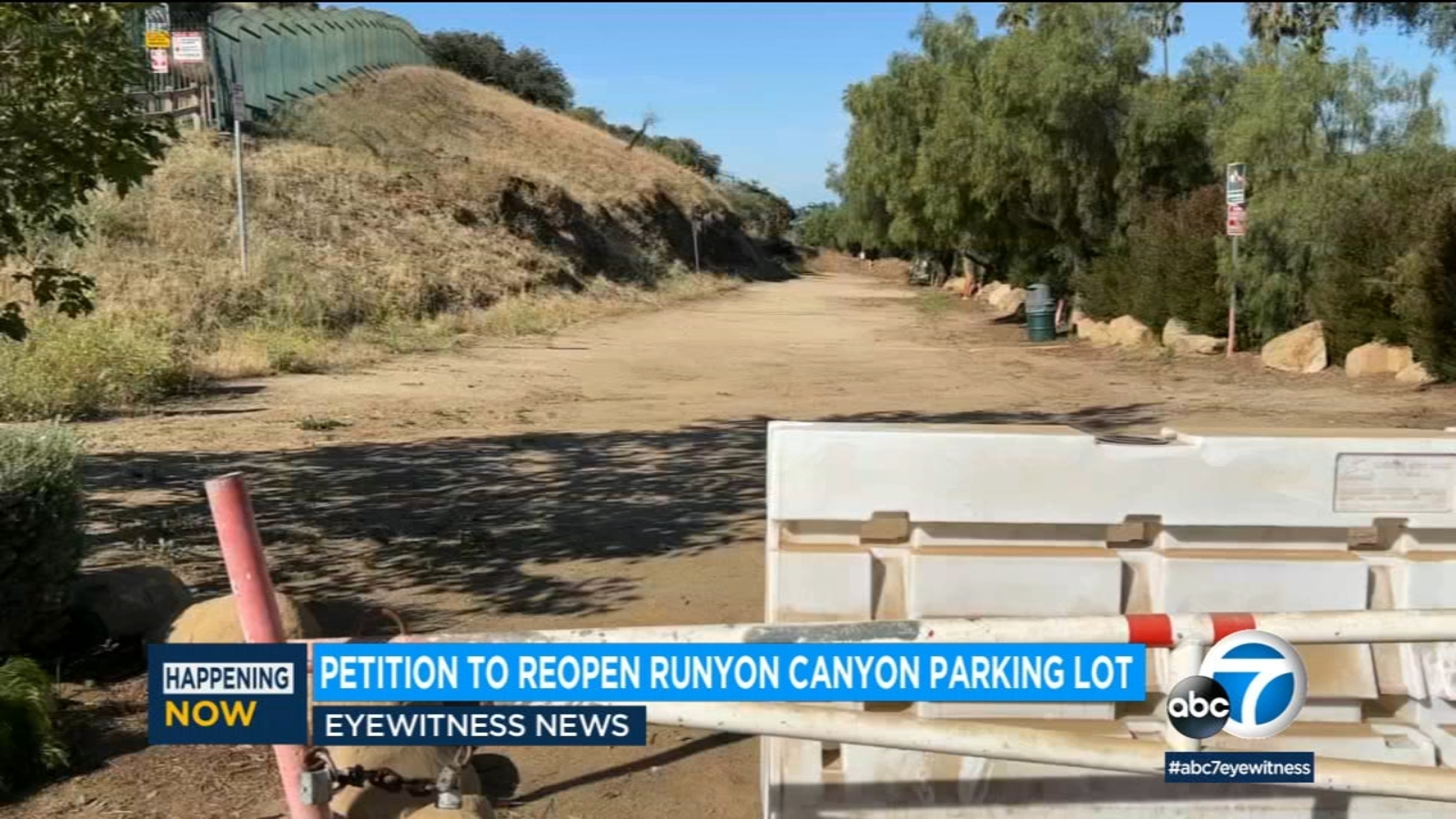 The popular hiking spot was closed in the name of COVID; but while the trail has reopened, the parking lot at the entrance to Mulholland is still closed.

“Obviously with COVID, when it hit, everyone needed more access to be out, not less. And so it wasn’t fair to make it more restrictive,” said North Hollywood resident Anna Stern.

Stern and her husband hike Runyon because it is dog friendly.

But parking here is the exact opposite. Stern called it “dangerous disaster.” Cars are routinely inspected and towed.

“So there’s a ticket and there’s a fee for towing. So you end up spending $400, almost $500 to get your vehicle back,” explained Jamarr Johnson.

“We’ve started a petition and when we get up here and ask people to sign it, people are more than happy to sign it. We know hundreds, if not thousands, of people want this lot reopened,” Stern said. .

The petition has received more than 300 signatures so far.

Runyon Canyon is one of the most popular hikes in LA, with thousands of visitors heading out every weekend. And with limited on-street parking, park-goers want answers from the city as to why public parking is being denied.

Jamarr Johnson chooses to walk six miles from his home to Runyon every day and he has a theory.

“My personal opinion, I think it’s part of the city’s plan to continue to make regular money from towing people’s cars,” he said.

Eyewitness News has contacted 4th District Councilwoman Nithya Raman and the City of Los Angeles Parks and Recreation, and has not heard back.