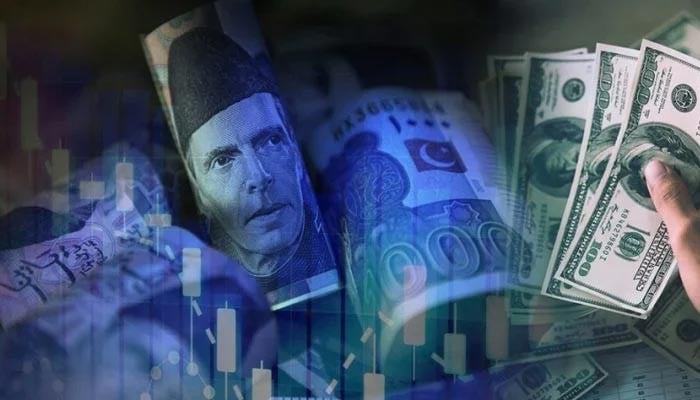 KARACHI: The Pakistani rupee has now maintained its downward trajectory over the past few sessions as it again crossed Rs 187 against the US dollar on Monday amid rapid depletion of foreign exchange reserves and uncertainty over the International Monetary Fund’s rebound ( IMF) program.

The country’s forex reserves fell 0.7% to $16.5 billion in the week ending April 30 on increased foreign debt payments. The reserves of the State Bank of Pakistan fell by $59 million to $10.5 billion. This has increased the pressure on the local currency.

Currency traders believe that remittance inflows and export earnings are not enough to meet market demand.

Some traders said the rupee lost ground despite higher dollar inflows in the form of remittances received from Pakistani citizens working abroad during the holy month of Ramazan and the Eid festival. A sharp depletion of foreign exchange reserves in recent months and higher import payments are putting pressure on the domestic currency.

In addition, with a widening current account deficit and foreign reserves falling to just Rs 10.5 billion (enough to pay for less than two months of imports), the country is in dire need of external finance. There has been no development regarding the $2.4 debt rollout from China.

The government has asked Saudi Arabia not to take $3 billion in deposits from the SBP, but to extend the maturity of this debt.

The IMF has agreed to resume a $6 billion loan program, but formal approval could take four to six weeks and will pass the crucial new budget period.

The study showed that with these developments in the background, the new government should carefully steer the economic landscape.