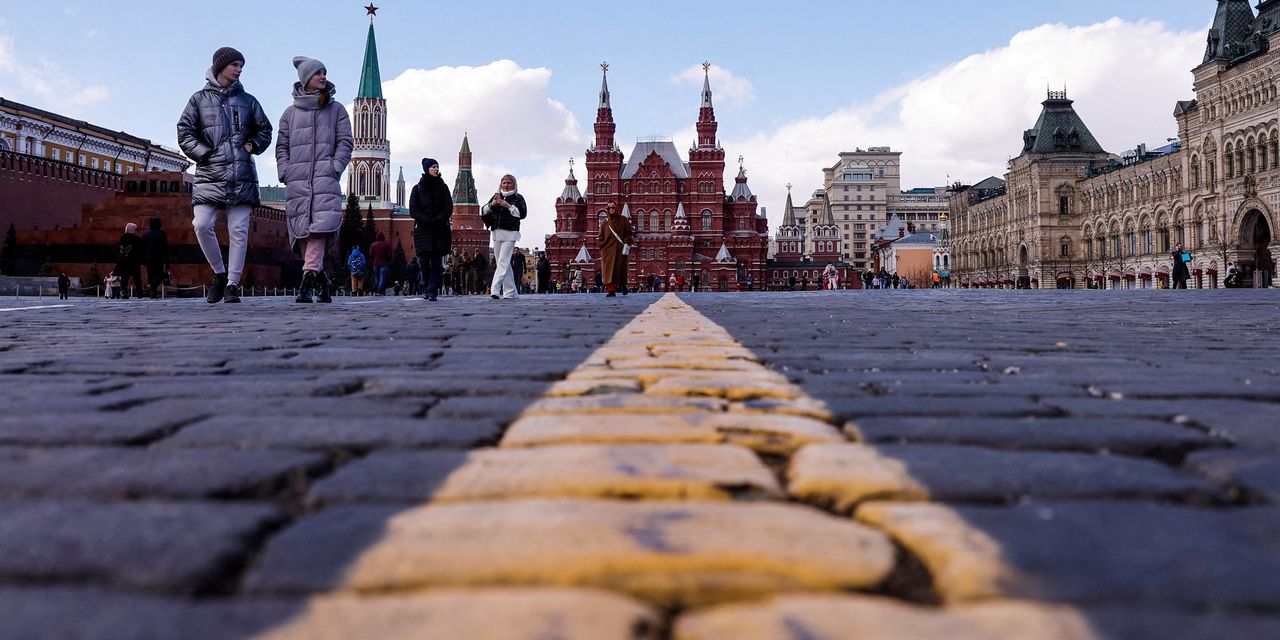 Russia’s invasion of Ukraine will cause their economies to contract this year by about 10% and 20%, respectively, the region’s leading development bank said Thursday in one of the most in-depth economic assessments to date of the war’s impact on the two countries.

The European Bank for Reconstruction and Development said the slump in Russia would likely turn into a long period of stagnation while neighboring economies would rebound next year as long as a sustainable cease-fire is secured over the coming months.

While Ukraine will suffer more in the short term because of the extensive damage to its physical infrastructure, Russia faces more long-term challenges from an exodus of well-educated workers and the loss of access to Western technologies under current sanctions, the bank said.

The EBRD was set up in 1991 to help countries in Eastern Europe and the former Soviet Union make the transition from centrally planned to market economies. It stopped making new investments in Russia after that country’s 2014 annexation of Crimea and said Monday it was closing its Moscow office.

The bank said it estimates that the territory most directly affected by the fighting accounts for 60% of Ukraine’s annual economic output and that about a third of Ukrainian businesses have had to suspend operations. Electricity consumption is down 60% on normal levels for this time of year, it said.

Assuming that a cease-fire can be negotiated in the next two months, the EBRD expects Ukraine’s gross domestic product to contract by a fifth this year, compared with its previous estimate of 3.5% growth. The economy should then rebound and grow by 23% in 2023 if it receives reconstruction assistance.

“Even in the optimistic scenario of reconstruction going into full swing, it is still going to be a much poorer country simply because a lot of stock has been destroyed,” said Beata Javorcik, the EBRD’s chief economist.

After Moscow’s attack on Ukraine, the US and its allies have adopted some of the most severe economic sanctions ever taken against a country with the explicit aim of damaging Russia’s economy, cutting it off from international finance and barring it from importing key technologies.

The EBRD expects those sanctions to contribute to a 10% contraction in the Russian economy this year, having previously anticipated growth of 3%. In contrast to its outlook for Ukraine, the bank doesn’t expect a rebound in 2023 and sees prospects beyond then remaining weak.

Notes on the News

Keep up with major developments in Ukraine, plus today’s headlines, news in context and good reads, free in your inbox every day.

The EBRD economist said that drag on growth would likely persist even if sanctions were lifted as part of a peace agreement.

“This effect, I would expect it to linger way beyond sanctions, if there’s no regime change,” she said.

The prospect for Russia of a weakened economy is bad news for Central Asian countries that have maintained close economic ties with the country.

The EBRD estimates that money sent home by citizens working in Russia accounts for between 5% and 30% of annual economic output in Armenia, the Kyrgyz Republic, Tajikistan and Uzbekistan. Countries in the region rely on Russian banks for their connections to the global financial system, and much of their trade with other countries moves through Russia.

“They will need to reorient the flow of trade,” said Ms. javorcik. “Not just because Russia will be poorer and buying less, but also to reach other markets.”

The EBRD lowered its growth forecasts for all but two of the 33 countries in which it invests beyond Ukraine, stretching across North Africa, Central Asia, the Caucasus and Central and Eastern Europe. The exceptions are Azerbaijan and Turkmenistan, both of which are large producers of natural gas.

In a separate report Thursday, ratings agency Moody’s Investors Service said weakened confidence will add to the toll on growth, particularly in those countries that border Russia and Ukraine.

“Across Europe, the security threat will amplify the economic shock, weighing on consumption and investment, with those geographically closer to the conflict most exposed,” Moody’s said.

write to Paul Hannon at paul.hannon@wsj.com