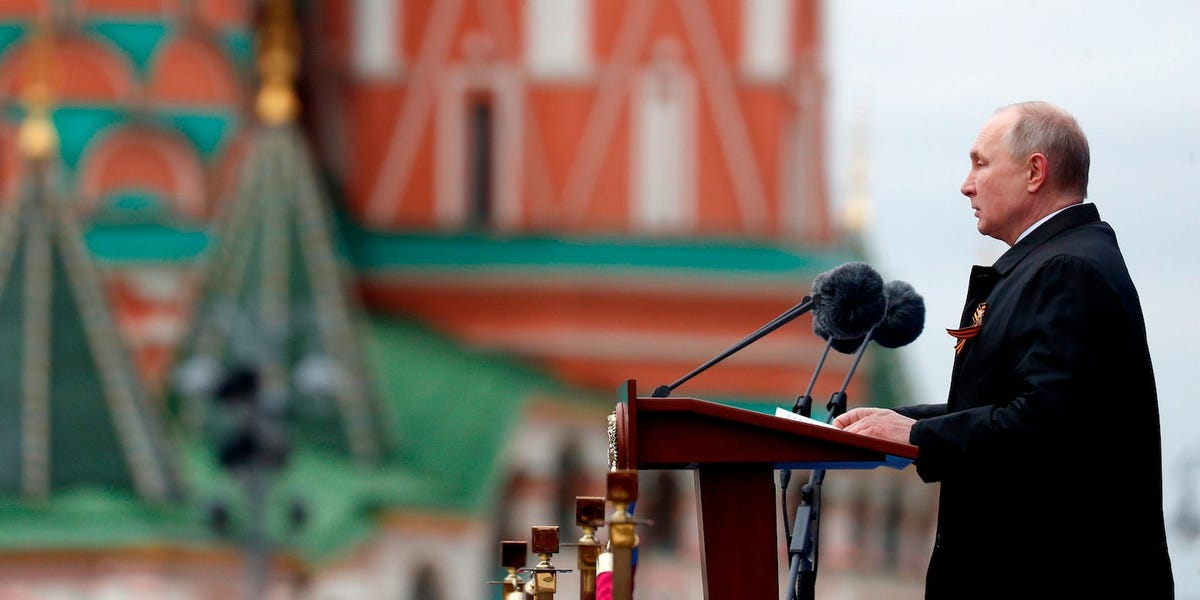 Russia’s television programs were hacked to display an anti-war message as the country celebrated a national military festival on Monday, BBC Monitoring reported.

On-screen program descriptions were replaced with the hackers’ text when viewed on smart TVs, the outlet reported.

The report read, according to the BBC translation: “On your hands is the blood of thousands of Ukrainians and their hundreds of murdered children. TV and the authorities are lying. No to war.”

Major channels such as Russia-1, Channel 1 and NTV-Plus have all been changed, the BBC reported.

Francis Scarr of BBC Monitoring – the branch of the BBC that monitors mass media worldwide – tweeted a short video of a screen showing the TV schedules, with each program showing the same text description:

The hack came during Russia’s Victory Day celebrations, a national holiday and military parade overseen by President Vladimir Putin, which is broadcast in Russia. The annual event celebrates the victory of the Soviet Union, along with the Allies, over Nazi Germany in 1945.

International observers previously speculated that Putin would use the event to further propagate or strengthen his stance on his invasion of Ukraine. However, Monday’s speech ended without the expected declaration of mass mobilization or war against Ukraine.

Putin’s justification at the start of the February 24 invasion was that he launched a “special operation” to “denazify” the country. His aggression is seen as a war by NATO and other Western countries.

But under a near blackout from independent media and social media platforms, most Russian viewers can only access Kremlin-controlled posts about the conflict, as Insider’s Connor Perrett reported.

The message in Monday’s hack goes deeply against Putin’s claims that his troops are in Ukraine to “liberate” Russian-speaking Ukrainians.

It is unclear who was behind the timetable change on Monday, but the hacker group Anonymous within hours of the hack, Scarr’s tweet retweeted saying “Good morning Moscow”.

Beginning of March, Anonymous claimed responsibility in a tweet for hacking into several state-controlled TV channels, which were replaced with images from independent networks, Radio Free Europe reported.