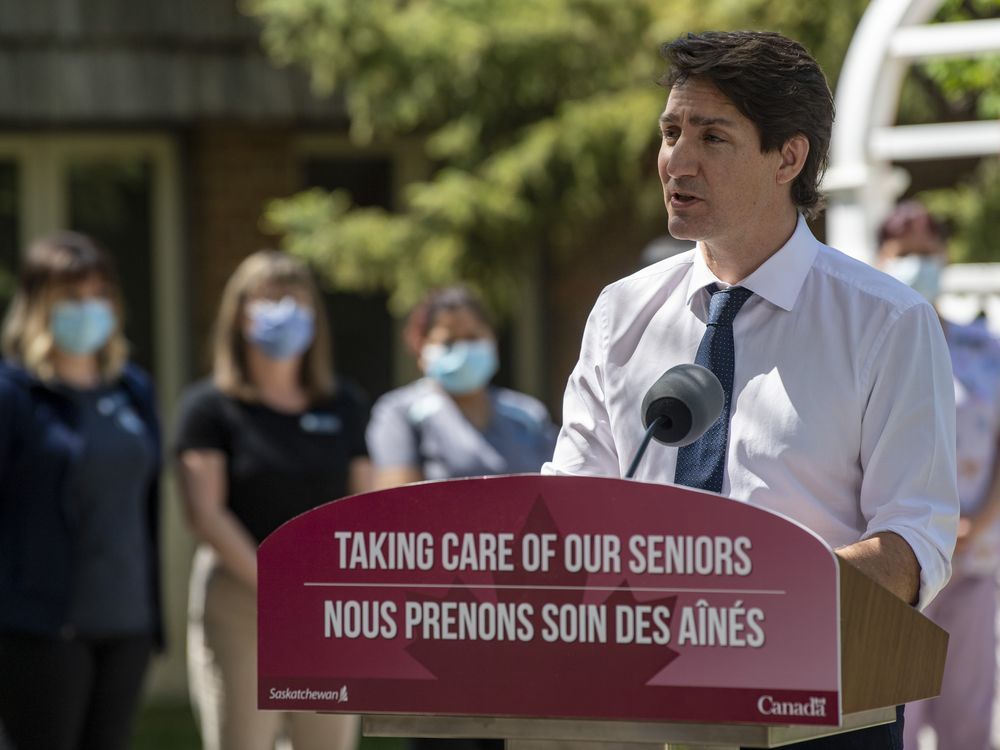 SASKATOON — Saskatchewan and the federal government have reached a $32 million agreement to support long-term care, Prime Minister Justin Trudeau announced on Wednesday during a visit to the province.

“As we recover from this pandemic, we must all continue to work together to improve care for our seniors,” said Trudeau in St. Ann’s Senior Citizens’ Village in Saskatoon.

Trudeau said the deal aims to improve care for seniors. It will be used to increase staff screening, make dining areas safer, and improve cleaning and housekeeping.

Saskatchewan Seniors Secretary Everett Hindley said the funding will offset costs the county has incurred in care homes during the COVID-19 pandemic.

Hindley said the pandemic is particularly hard on seniors and those in care. The virus continues to spread in healthcare facilities. There were 11 new outbreaks in long-term care facilities included in the most recent provincial data for the week of May 8.

“It was two very challenging years for all of us,” Hindley said.

Trudeau said his administration is working with the other regions to reach a deal.

The fund was established in 2020 when COVID-19 spread deadly through care homes across the country. Saskatchewan was not spared.

Trudeau said the pandemic has forced Canadians to question how we care for seniors and other vulnerable people in society.

He spoke to some St. Ann residents while others watched from nearby bedroom windows and pulled out cell phones to take pictures.

Trudeau had to deal with a handful of protesters throughout the day. A few called names to the Prime Minister in the care home. Later, while visiting the University of Saskatchewan, a boy on a bicycle wearing a Canada People’s Party T-shirt yelled an expletive at Trudeau and gave him the finger.

On Tuesday night, Trudeau canceled his plans to appear in person at a Liberal fundraising drive in British Columbia after racial insults and threats were addressed to some in attendance when they arrived.

While at university, Trudeau met with agricultural department staff and students to discuss agricultural technology and how it can play a role in Canada’s solutions to climate change.

He also toured the school’s Vaccine and Infectious Disease Organization. He thanked the facility and staff for their work and for being the first in Canada to deliver the sequence of COVID-19 and advancing vaccines.

He even gave a shout-out to a protester on campus.

“On behalf of 38 million Canadians — including that man who doesn’t know — thank you,” Trudeau said.

Before his final stop, he attended the Saskatoon Open Door Society and met parents collecting their children from daycare.

He also had a private meeting with Saskatoon Mayor Charlie Clark and spoke with two families who fled Ukraine in March after the Russian invasion.

Trudeau told Ganna Karaieva that the “federal government will make sure that you are not only succeeding, but you are contributing to Canada.”

This report from The Canadian Press was first published on May 25, 2022.