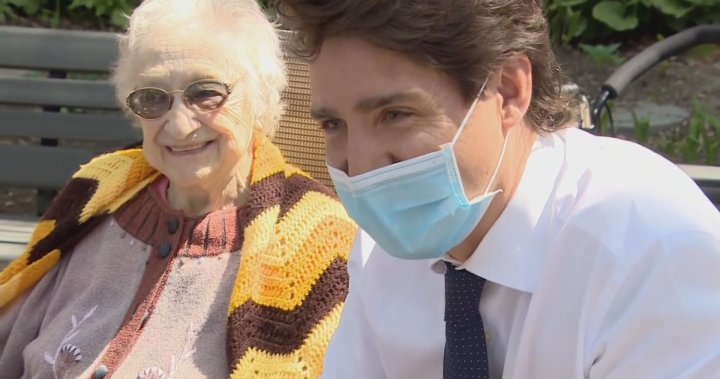 Saskatchewan and the federal government have reached an agreement that will bring $32 million to the province to support long-term care.

Prime Minister Justin Trudeau was in Saskatoon on Tuesday, making multiple stops, including St. Ann’s Senior Citizens’ Village, and announcing that more money is coming to the province.

“As we recover from this pandemic, we must all continue to work together to improve care for our seniors,” Trudeau said. “It is clear that better working conditions for informal carers directly lead to better care conditions for residents.”

Saskatchewan Seniors Secretary Everett Hindley said the funding will offset costs the county has incurred in care homes during the COVID-19 pandemic.

“It’s not really anything new in terms of where that money is going,” Hindley said.

“What we’re going to use that money for is actually to offset some of the costs we’ve already incurred during the pandemic. Whether cohorts of staff in facilities because of the measures (or) infection prevention and control,” explains Hindley.

Trudeau said the $32 million coming to Saskatchewan is part of a $1 billion commitment made in the fall of 2020 to increase funding for long-term care facilities in the provinces.

“The federal government has a responsibility to all Canadian citizens to ensure they are supported,” Trudeau said. “To ensure that residents of long-term care facilities across the country are not only safe, but thriving.”

Trudeau said his administration is working with the other regions to reach a deal.

0:34
Trudeau says ‘all of Canada mourns’ after Texas school shooting

Trudeau says ‘all of Canada mourns’ after Texas school shooting