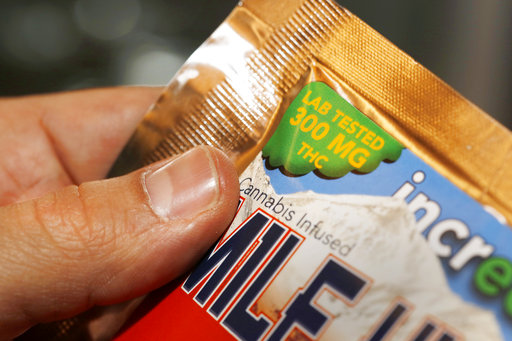 A student shared the gummies with four other children during their snack break on Thursday at Jacoby Creek Elementary in the Humboldt County community of Bayside, police and school officials said. The student who brought the edibles to school didn’t know they contained marijuana, they said.

Three children were taken to receive medical attention after they began to show signs of intoxication, Jacoby Creek superintendent and director Melanie Nannizzi told parents in an email.

All three children have been released from the hospital and are doing well, Nannizzi told the Times-Standard newspaper in Eureka.

The classroom was initially evacuated amid concerns that the children may be reacting to carbon monoxide exposure, Nannizzi told parents.

“This was a frightening incident for our entire school community,” Nannizzi wrote in the email.

Groszmann warned parents to keep cannabis products, especially those that resemble candy, in a safe place out of the reach of children.