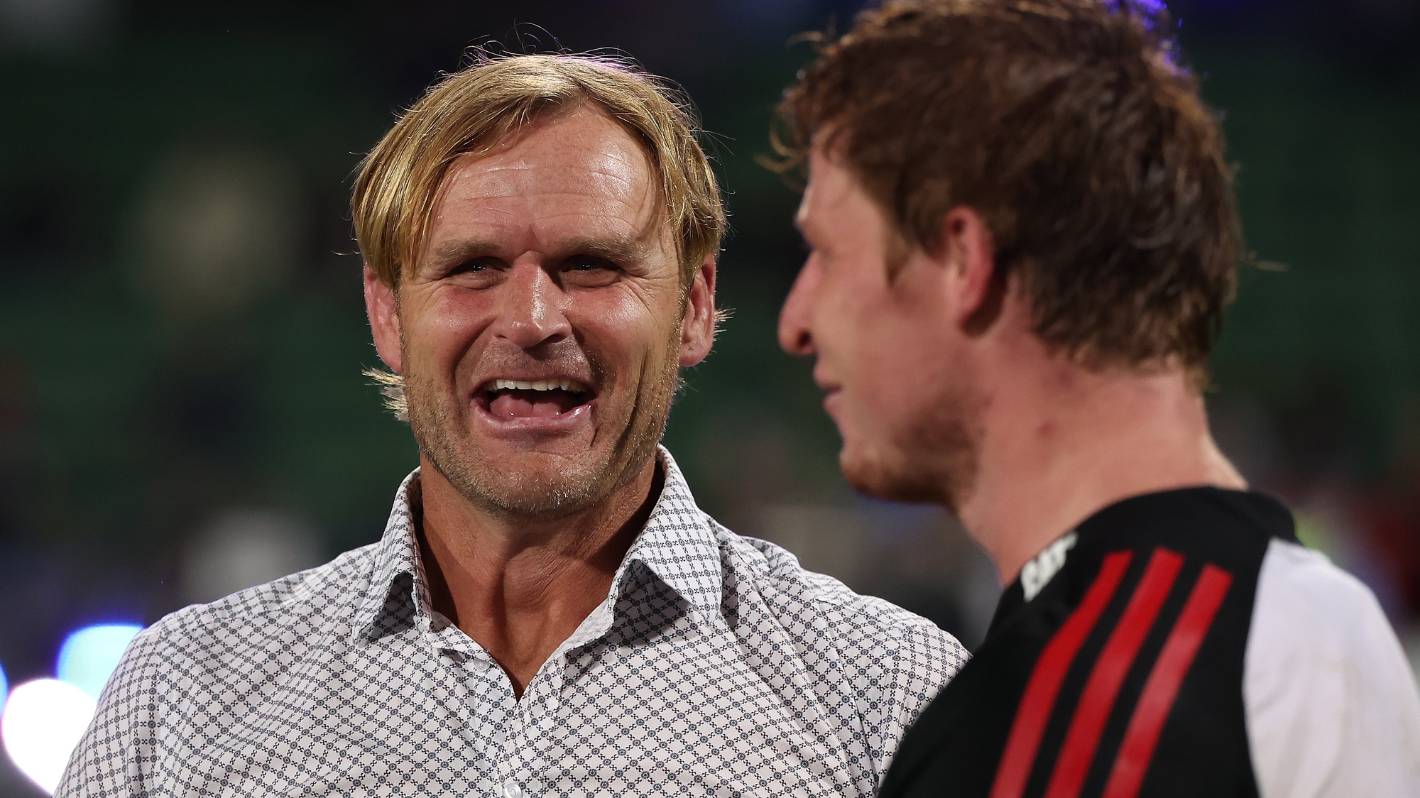 Scott Robertson’s mind wanders back to a dirty old night in Australia’s capital 22 years ago, when he thinks of the clashes between Crusaders and Brumbies.

Rain and a bitter cold breeze howled through the Canberra stadium on the night of the 2000 Super Rugby final, a night head coach Robertson wore the No. 7 jersey for the Reds and Blacks.

It was the first of three finals contested between the teams between 2000 and 2004, winning 20-19 by the Crusaders as they won the first of two three-peats in franchise history.

Brutal, but well organized and smart. That’s what the Brumbies team of the early 2000s was known for, and what Robertson sees when he looks at this year’s edition of the most successful Australian franchise with a view to their demise in Canberra on Friday night.

“I remember [Stirling] Mortlock missed a few [of kicks] up front, and I remember [Andrew Mehrtens] turn around and say, “Are you sure you want to take another one?” said Robertson of the 2000 final.

“The context of the game, how important it was… they had an Australian team and we also had an All Black-laden team. You just reflect on those times, it’s personal in your career and Crusaders history to be there.” a hat-trick of three in a row.”

Friday’s game, the 28th between the teams, is essential to watch and will go a long way in determining where the teams finish in the standings after the regular season.

Four points behind second-placed Brumbies, the Crusaders know a win is required if they have a realistic chance of finishing in the top two.

As Robertson said, “It’s a pretty simple equation around the result, how it sets you up for the back end with just a few games after that.

“We actually looked a bit at history [between the teams this week]some great fights and historic matches we’ve had over the years, some finals, some great opportunities we’ve had.”

So did the 2002 final, when the Crusaders finished a historic undefeated season by blasting past the Brumbies (31-13) in Christchurch. Two years later, the Brumbies took revenge and won the decisive 47-38 in Canberra in 2004.

But despite the hype surrounding this weekend’s game, where the Brumbies have won three in a row against Kiwi teams, it hasn’t been such a strong rivalry since.

The Crusaders have won 10 consecutive games against their old foes and haven’t tasted a defeat to them since an 18-16 loss in 2009.

Overall, the red and black players hold the head-to-head stakes with 19 wins over the eight of the Brumbies.

But a year after the Crusaders needed Noah Lolesio to drag a last ditch conversion attempt wide to sneak past Australia’s frontrunners, it’s clear this year’s Brumbies are a different beast after defeating the Chiefs in Hamilton last week. have bullied.

Big, strong and abrasive up front, they’re equipped with a pack that can mix it up with anyone, while fullback Tom Banks and midfielders Len Ikitau and Irae Simone provide x-factor.

Then there’s the halfback and captain Nic White, whose strong kicking game played a hand in Robertson who named George Bridge on the left wing over Leicester Fainga’anuku.

‘He spits up helium balloons, doesn’t he? They just float around, they just keep going, he’s a pretty special player, I think his time in Europe served him well,” said Robertson.

“Extremely hard to leave your player of the day on the bench with Leicester, hat trick and a great performance [last week]but we just feel his finishing power with Braydon [Ennor] just gives us the opportunity to make a real impact.”