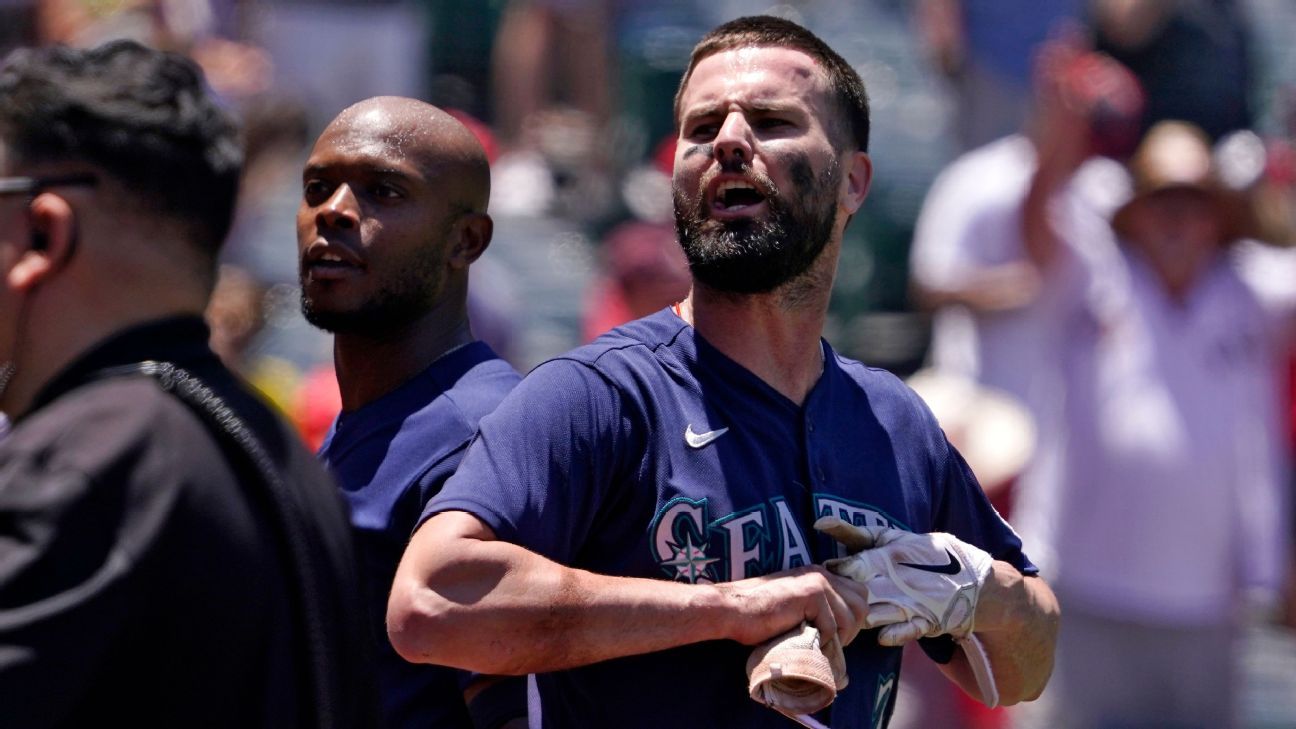 On Sunday, a big brawl broke out in the Seattle Mariners-Los Angeles Angels match. So a pizza was in order.

It started in the second inning when Mariners-outfielder Jesse Winker was hit by a pitch from Angels-pitcher Andrew Wantz. The Angels-pitcher also had thrown a pitch behind the head of Julio Rodriguez in the first inning. Winker went to the Angels’ dugout and the fight was on. When the dust settled, managers as well as six players, including Winker and Wantz, were sent off. Angels closer Raisel Iglesias even threw a large container of sunflower seeds and chewing gum into the infield.

A tough day in the park.

But a Seattle fan named Sofie on Twitter had a plan to pick up the ejected and dejected Winker. She decided to order a pizza and have it delivered to the clubhouse.

Using the food delivery app DoorDash, Sofie ordered from Mountain Mike’s, a pizza chain on the West Coast. It was to be delivered to 2000 E. Gene Autry Way in Anaheim, California. That’s the address of Angel Stadium. She even added instructions for the delivery person. “To the visitor’s clubhouse, pizza is to Jesse Winker.”

I just ordered a pizza for Jesse Winker at @MountainMikes Pizza in Anaheim. You deserve it big man @Seamen pic.twitter.com/AymUQvQ3r9

Sophie nervously followed her delivery man’s quest to get the pepperoni pie to Winker. When it arrived, she had Mariners fans help her tip the delivery guy.

With pizza presumably in hand, Winker thanked Sofie and the Mariners gave her a shoutout too.

Mariners fans are the best@sofieballgamewe have a Jesse Winker sweater from the @MarinersStore we would like to *deliver* to you. What do you say? pic.twitter.com/w6odOwCdn9