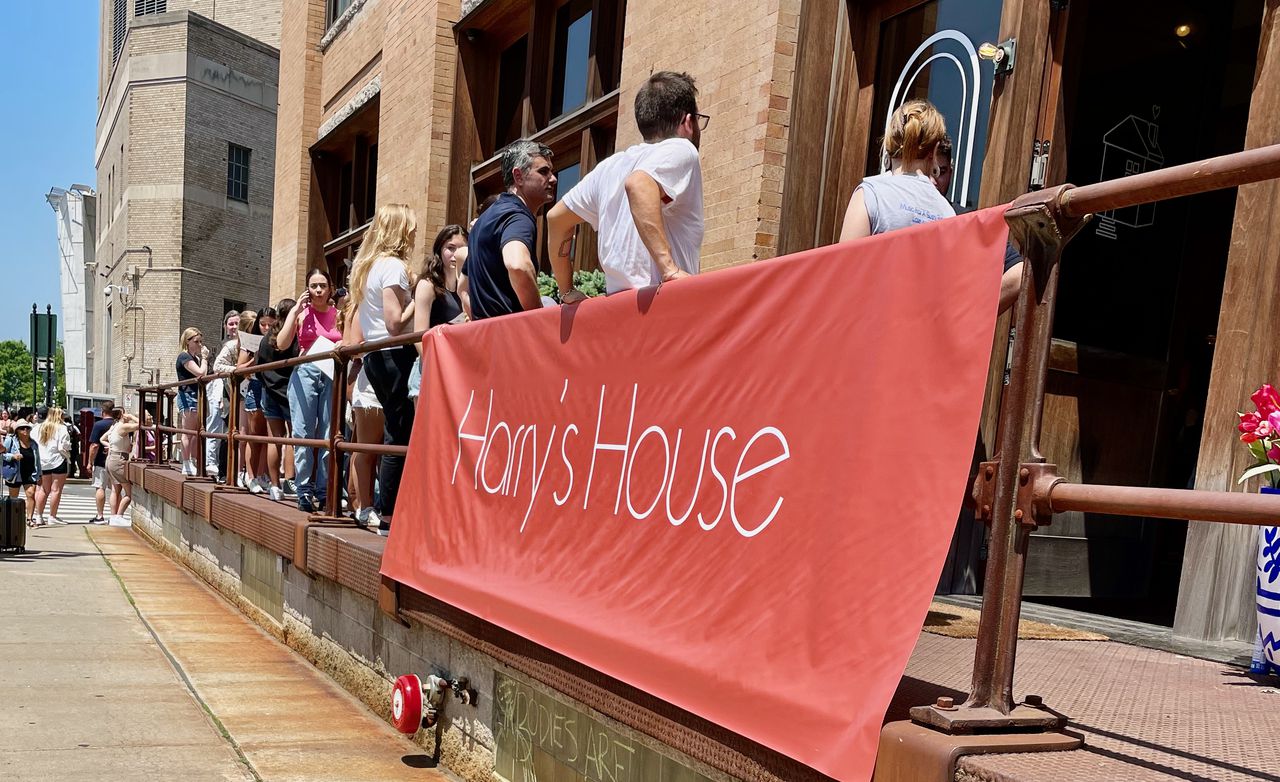 STATEN ISLAND, NY — To make his fans feel “at home” and to promote his new album “Harry’s House,” a former member of boy band “One Direction” has opened pop-up stores around the world — from New York City and Los Angeles, to Amsterdam and Berlin.

Since Friday, when Harry Styles’ album came out, the pop-up store at 533 Canal St. in lower Manhattan has seen 1,000 deep rows of fans waiting for hours to get a peek at the Grammy winner’s merch extravaganza. .

“We waited four hours online in 80-degree weather, but it was totally worth it,” said Ashley Maloy, 18, of Silver Lake, who went to the store on Saturday with friends Julianne Lonczynski, 17, of Todt Hill and Arianna Pirozzi, 17, and her younger sister, Gabriella Pirozzi, of Great Kills.

Maloy said she and her three friends packed snacks, sat on the curb and played the card game UNO to pass the time.

Once inside, there was a plethora of exclusive merchandise available only at Harry’s House. But Maloy and her friends agree it was more about “the experience” than shopping.

“It may sound crazy, but I loved spending hours on city blocks with my best friends,” said Pirozzi. “There’s a great, fun, happy and safe environment when all of Harry’s fans are together, so I was so excited to experience that again when we finally got in. It felt like my own personal Disney; everything inside was so cute and everywhere you looked there was something new to deal with which made the four hour wait well worth it.”

Once in the pop-up store, Styles fans will immediately notice the many “home-centric” references, including “sitting in the garden” and “maple syrup, coffee, pancakes for two,” which was a highlight of a recent interview the pop star did. with Better Homes & Gardens.

In the report, Styles revealed the meaning behind the album “Harry’s House”. The word “home” is used in reference to “head space or mental well-being,” he told Better Homes & Gardens.

But in the pop-up shop in Manhattan, you’ll find many examples of physical homes, including a replica of the upstairs room adorning its new album cover.

The store is open until Thursday 26 May. There are exclusive early shopping hours for American Express cardholders. More information can be found at shopus.hstyles.co.