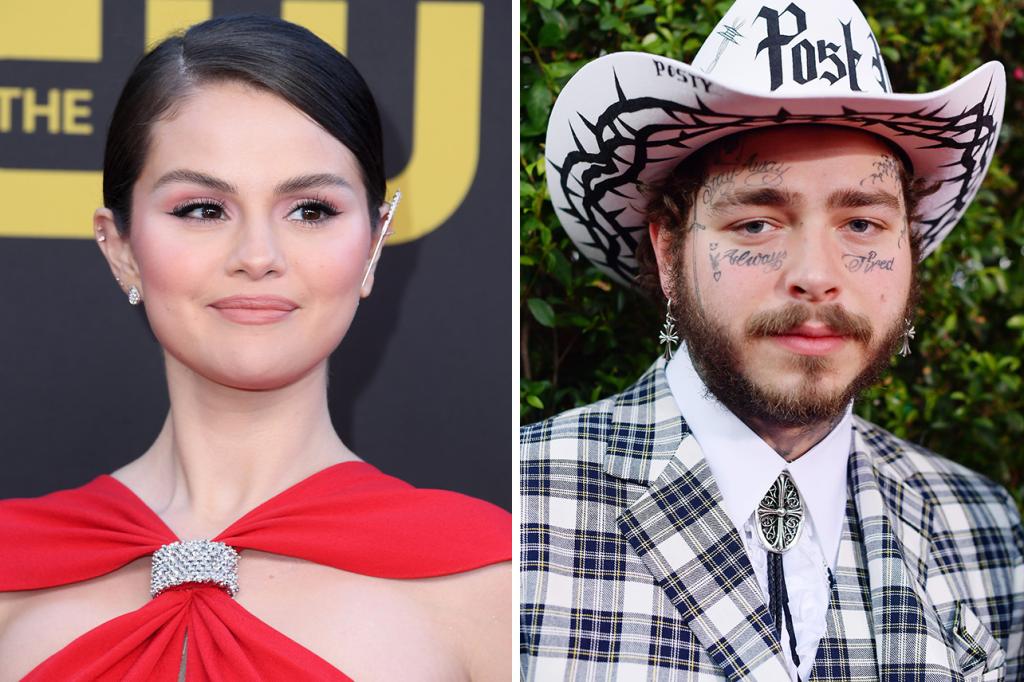 From the concert stage to the stage at Studio 8H.

Selena Gomez and Post Malone both appear on the May 14 episode of “Saturday Night Live” and may have caused some trouble in the green room.

The 29-year-old ‘Only Murders in the Building’ star and 26-year-old ‘Rockstar’ lead singer appeared in a promo for the show alongside cast members Bowen Yang and Aidy Bryant, who both called them “diva.”

Gomez hosts the show for the first time in her career, and Post makes his “SNL” debut as the episode’s musical guest.

Bryant, 35, joked about how there were “two pop stars and two comedic actors” on the show this week.

“I’m actually an actor too,” Gomez noted, with Malone filling in, “And I’m not much of a pop star!”

“Oh, okay, well I didn’t know you were all a bunch of divas!” said Bryant exaggeratedly.

Yang, 31, then tried to tease the “Love You Like a Love Song” crooner. “Selena, first time hosting,” he said in the promo. “Are you nervous? Do you have ants in your pants?”

“No, I’m just excited,” she replied. “Are you sure?” asked Bryant. Malone then jokingly agrees that she should check her pants before hosting the show.

Yang, Bryant and Malone then coincidentally related that they spilled jelly and an ant farm on her pants and left them outside for three days.

“SORRY!” the three say in unison as Gomez’s face fell playfully into a concerned frown as she looked down at her pants.

There was more good news for the “Congratulations” singer this month, when it was announced that he was expecting his first child with his longtime girlfriend.

“I look forward to this next chapter in my life. I’m the happiest I’ve ever been, and since I can remember I was sad,” the rapper told TMZ on May 3.

“Time to take care of my body and my family and friends and spread as much love as possible every day,” he added.