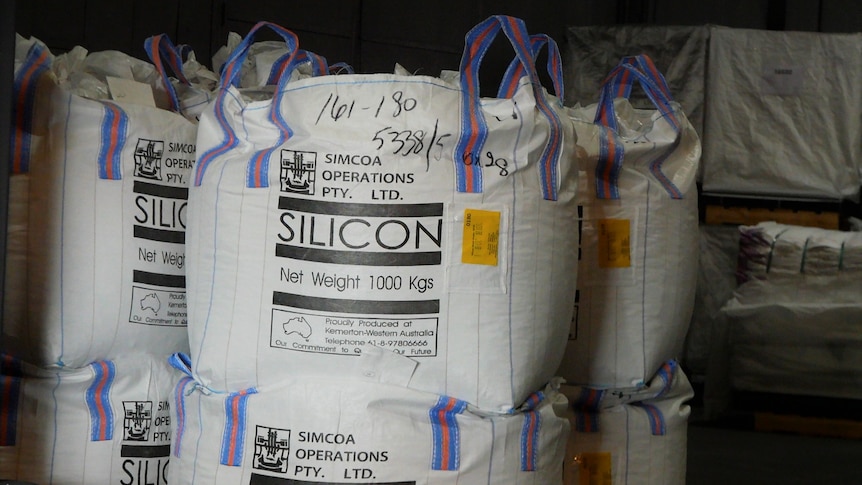 Australia’s sole silicon manufacturer may be forced to import coal as it struggles to secure a steady supply of local wood to make its product.

Based in southwestern Western Australia, Simcoa would normally rely on charcoal sourced from local jarrah to produce its high-quality silicon.

But because of the flow-through effects of a WA government decision to end harvesting native forests by 2024, the company said it had access to only half the amount it normally would.

David Miles, Simcoa’s director of operations, said that without a suitable alternative, the company may need to triple the amount of coal it imports to continue operating at full capacity.

“Normally we need about 140,000 tons of hardwood for the production process. This year we received about half,” he said.

Miles said the company was very concerned that it would have to consider alternatives to jarrah that weren’t as beneficial.

“In fact, the government’s announcement to shut down forestry has taken us by surprise and put us in a pretty difficult position,” he said.

How is wood related to solar panels?

It takes a carbon source to produce high-quality silicon, an important input used in solar panels.

This carbon source can be obtained either directly from coal or by turning wood into charcoal through a heating process.

However, not all woods are created equal, as some woods are believed to absorb additional minerals from the soil, which can affect the purity of the final product.

Mr Miles said jarrah was the best wood for the job and created a very high quality silicon.

This high-quality silicon is used to make solar panels and other battery technologies.

Recently, the federal government listed high-quality silica as a crucial mineral, with data suggesting the global silica sand market could grow from about $10 billion in 2018 to nearly $29 billion by 2024.

Mr Miles said that if they couldn’t ensure a steady supply of wood, the company would have to import large quantities of coal from Colombia – the only country with a high-quality product suitable for silicon production.

“Coal is a very bad thing globally because it increases your carbon footprint,” Miles said.

“Of course that will significantly affect our carbon footprint.”

Forestry Commissioner Dave Kelly said he was not aware of any timber supply issues and would have no part in deciding whether or not Simcoa decided to import more coal.

“They’re going to have to make commercial decisions about where to get their material from,” he said.

The minister would not acknowledge the implication that using coal as an input for silicon production was “bad for climate change”.

“We can grow trees especially for that process,” he said.

“A lot of that carbon then grows in the soil and leaves more carbon dioxide in the soil, also creating the source of carbon that can be used for silicon processing.

“We can’t imagine a future with coal anymore, that’s over.

“Through the processes, we will have to grow more trees and dig up more silicon and more lithium.” [because] these are the raw materials of the next economy.”