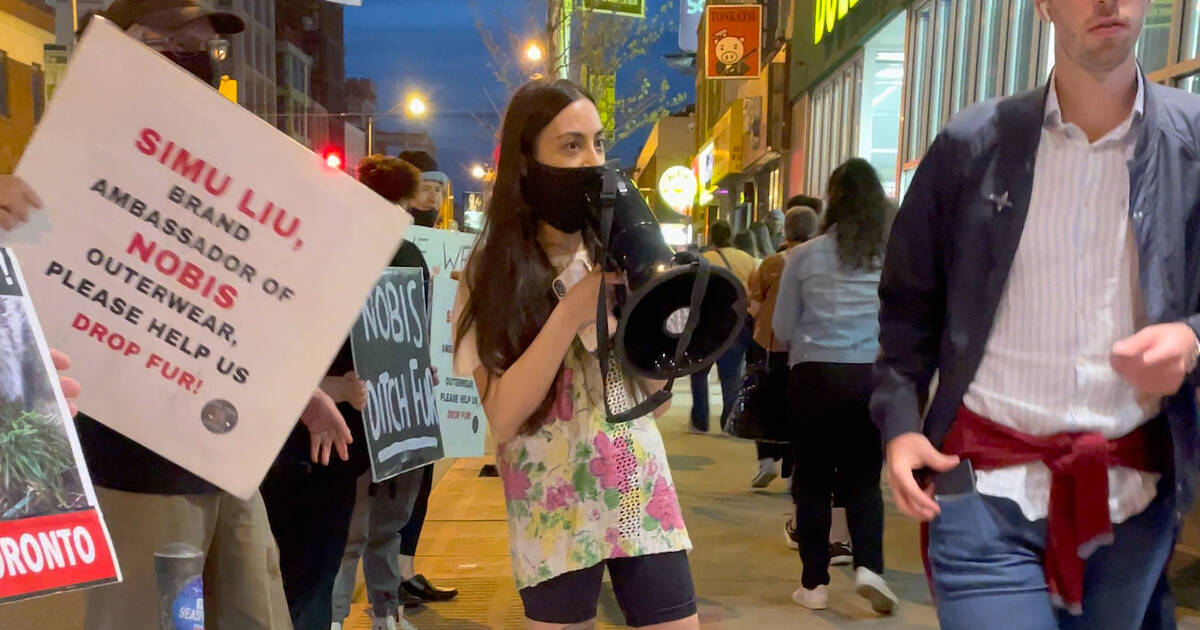 Simu Liu kicked off his world tour in Toronto this weekend and it didn’t exactly go smoothly.

The Toronto-born-and-raised Marvel superhero was in town to talk about his new memoir, We Were Dreamers, with his former Kim’s Convenience colleague, Andrew Phung, when protesters decided to make a statement outside the location of the event.

Protesters stood outside the Hot Docs Ted Rogers Cinema on Bloor because Liu recently signed a deal with Nobis, an Asian-Canadian fashion label known for their winter parkas.

Protesters wanted Liu and his fans to know that they don’t like that Nobis uses real fur in some of their products and want Liu to put pressure on the company to abandon the practice.

Liu surprised the audience by letting them know that he is also against fur and that his contract with Nobis actually stipulates that he will not wear any of their clothing with fur.

Canada Goose, Moose Knuckles and Holt Renfrew have all come under fire in recent years for their fur policies, but have since also announced their intention to remove fur from their product lines or stores.

Protesters, and Liu it seems, want Nobis to follow suit.

“We love Simu for speaking out on social justice issues, and I’m sure if he realized the pain and suffering of fur animals, he would stand up for them too,” protest organizer Jenny McQueen said.

Light up the cities, a grassroots organization dedicated to spreading social justice messages throughout Toronto, also attended the event.

From across the street, they projected a message directly onto the Hot Docs building asking Liu to take action.