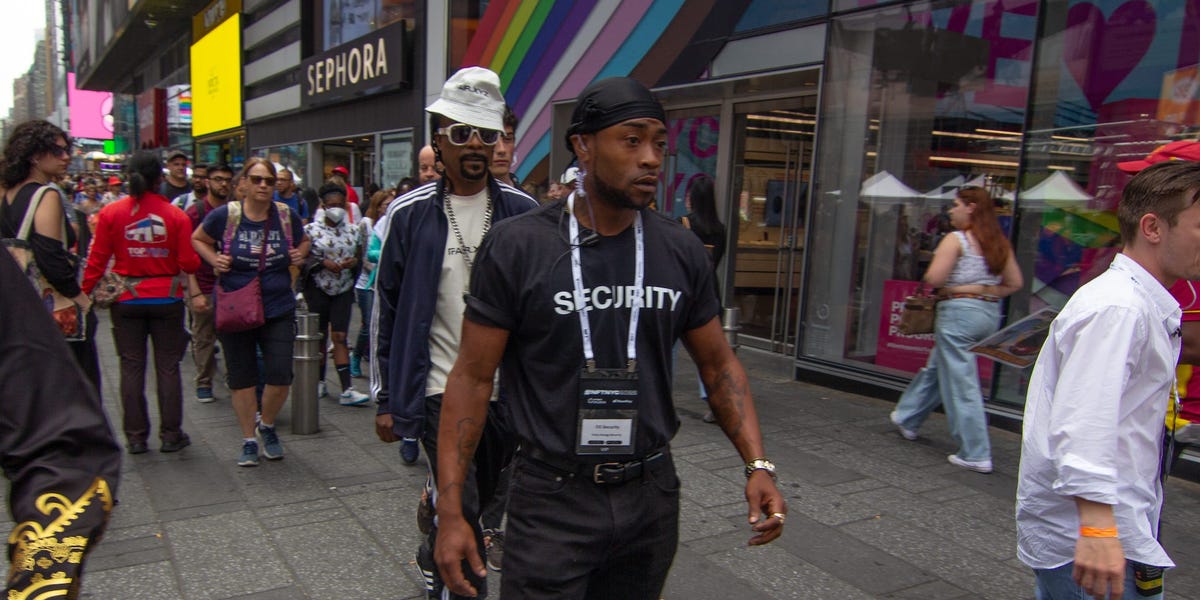 An impersonator of Snoop Dogg misled the crowd at an NFT conference in New York into believing he was the real deal in a stunt designed to show how easy it is to fake in the industry.

The NFT startup that hired the lookalike Fair.xyz said the trick was to get people talking about cheats and counterfeits in the NFT industry.

“We used Doop Snogg as a fun way to highlight our goal of removing cheaters, bots and fraud from the NFT space,” the company said in a statement to Insider.

Sales of NFTs have fallen in recent months as people struggled to sell NFTs at original prices while others were caught scamming and theft.

In April, scammers stole more than $3 million from NFT holders after hacking into the Instagram page of the popular collection, Yuga Labs’ Bored Ape Yacht Club. In January, NFT marketplace OpenSea also revealed that 80% of the free NFTs created on its platform were spam, according to Vice.

NFT sales have plunged 92% since their peak in September 2021.

The lookalike – who did not reveal their full name – wore a fake mustache and wrapped paper in their shoes to appear taller, The Guardian reported.

People who bumped into the impostor were tricked and tweeted photos, with one user captioning their tweet: “My hand is shaking but I think I just got caught @Snoop Dogg† Thanks for the selfie.”

Snoop Dogg retweeted a post containing only his lookalike’s namesake.

A Fair.xyz representative did not immediately respond to Insider’s request for comment.

NFTs have exploded in popularity last year, with sales boosted by the backing of A-listers like Snoop Dogg.

The artist has previously championed Web3 technology, including crypto, NFTs, and the metaverse. His latest music video is set in a digital world of “Snoopverse”.

The star has also released his own NFTs, claiming to collect NFTs under the pseudonym Cozomo de’ Medici.