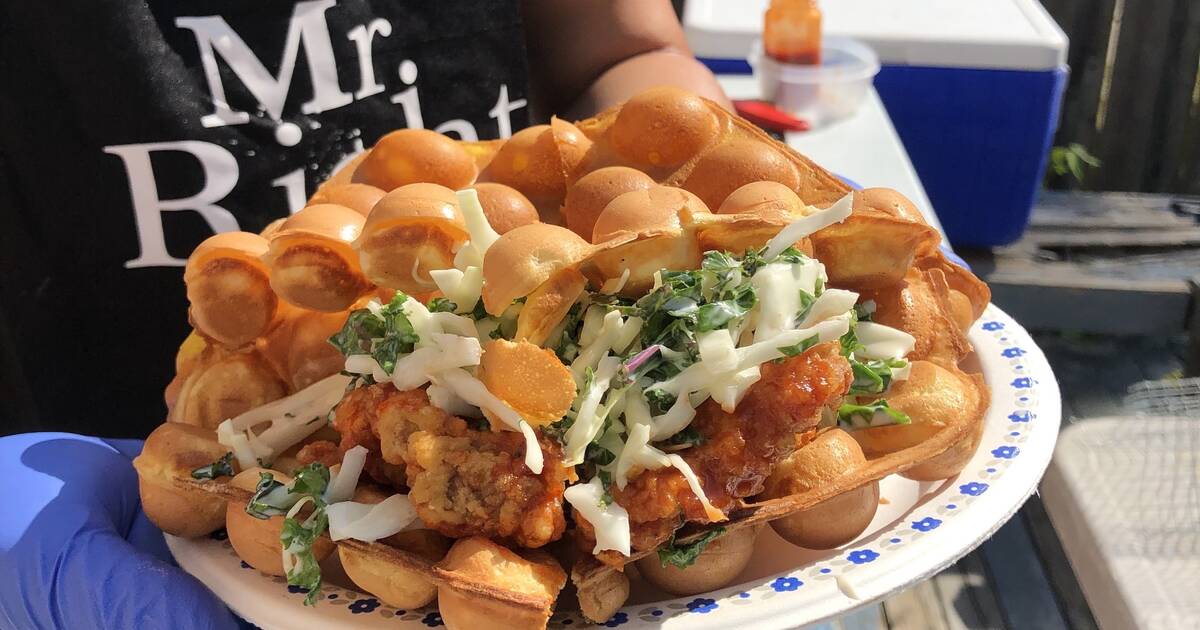 Have you ever dreamed of quitting your job to bake delicious waffles all day, every day?

Well, that’s exactly what a man in Toronto did.

Until about a year ago, Gord Poon was a partner at a video production company and a part-time pastor. Last month, he officially began turning down new videographic work to focus on his Sunnyside Waffles project.

Like many local small businesses, it was born out of the height of the lockdowns when another wave of them rolled through the city in March 2021.

On paternity leave, Poon started making several waffle sandwiches and getting friends to try them, to a great response. He started on the day his toddler started childcare: July 3, 2021.

“I started selling these sandwiches in my backyard, creating space and community for people,” Poon tells blogTO. “My driveway and backyard became a gathering space that summer. It was lovely.”

For his waffle sandwiches, Poon makes crispy and chewy bubble waffles mostly filled with fried chicken for $15, although he has recently done egg and bacon breakfast sandwiches for $13.50.

The chicken sandwiches are made with a karaage-style double fried chicken thigh, slathered with gochujang hot sauce, and topped with a kale and coleslaw. You can actually choose between buttermilk or gluten- and dairy-free sweet potato mochi wafers.

They can usually be found at pop-ups around town, usually at breweries like Muddy York and Henderson or cafes like East Toronto Coffee Co.

“This project is completely word of mouth and community based. It’s really cool to see how close the craft brewing community is when we get referred [for] a project for more opportunities,” says Poon.

“We’ve been consistently sold out in most places we’ve appeared. We even had a lineup before opening for service, which was pretty crazy to experience in the month of February.”

“It’s good for people to meet in person more than ever,” says Poon. “I think it’s good for our soul.”