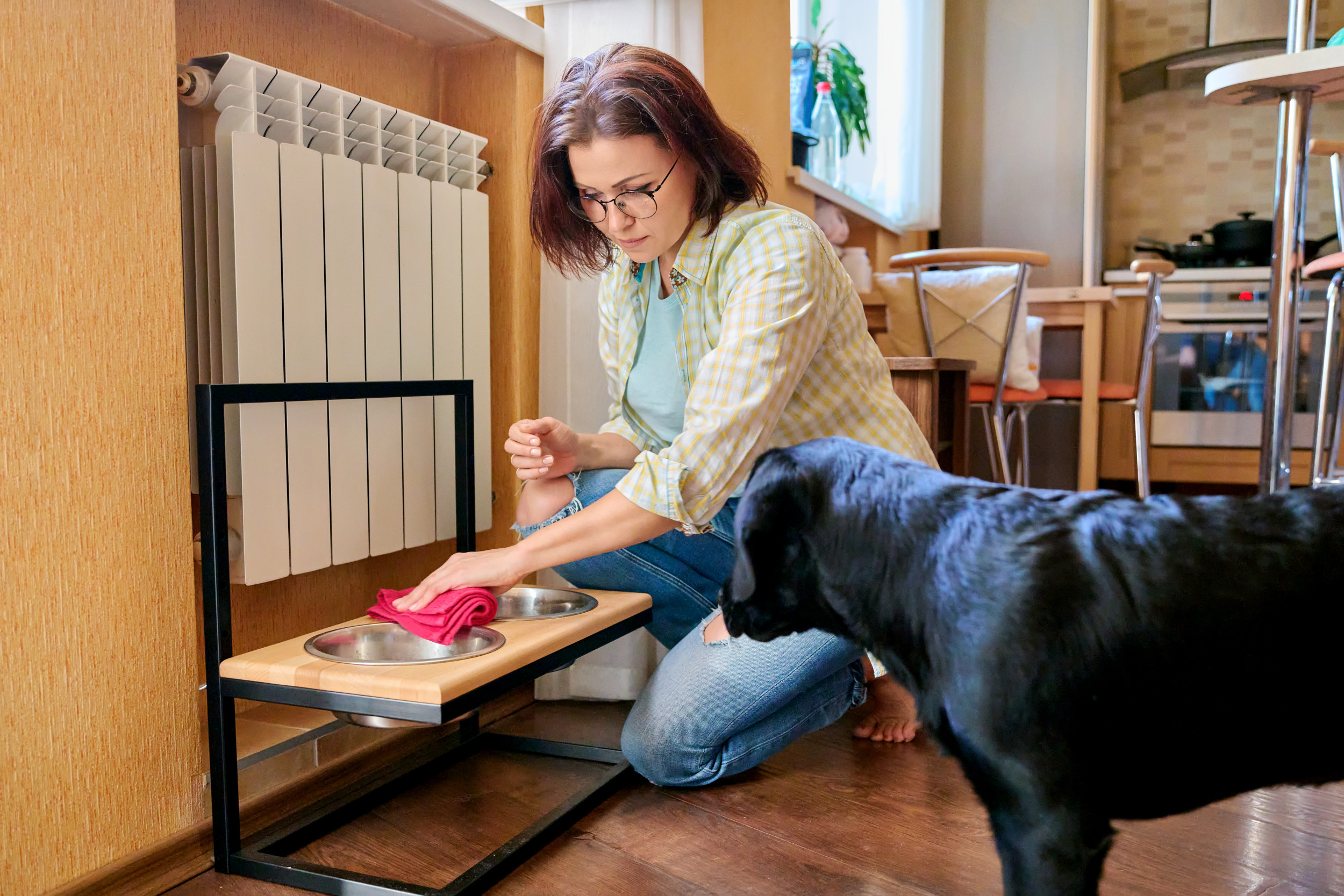 A mother who is allergic to dogs and no longer wants her son’s dog in the house because she “absolutely hated” having to care for the dog for the past few weeks has sparked discussion on the British internet forum Mumsnet.

According to a post from the mother (username Domestic1980), her 18-year-old son is in the military and “works outside the home 95 percent of the time.” He does not have a house of his own and lives in her house when he is not working.

She recently took care of his dog for three weeks because he had work commitments, but she “hates” this, explaining: “I’m slightly allergic, I had [a] sore throat and runny nose, even allergy tablets didn’t help and I hated having the dog, the smell, the mess…”

In a later post, the mother said she spent “thousands” planting her yard and that the dog dug holes in her lawn, ate and trampled her flowers. ‘I can’t leave her in the kitchen, she’s chewing. She’s only young,’ said the mother.

More than 60 percent of U.S. households have at least one pet, according to a study published in October 2020 in the peer-reviewed journal. animals.

The study found that pets were a source of stress for the majority of owners during the COVID-19 pandemic, explains the American Veterinary Medical Association.

The most common issues reported by US pet owners during the first few months of the pandemic related to “meeting the social and behavioral needs of their pets,” which could not be fully met due to safety restrictions in place. because of the outbreak.

The study said: “Sometimes pet owners became annoyed, annoyed or frustrated by pets’ desire for attention or repeated interruptions during their work-from-home hours to the changes in daily life.

“Combined with the ongoing financial crisis and widespread unemployment, pet owners may have no choice but to separate from their pets if they can no longer afford to care for them,” the study said.

In the latest Mumsnet post, when the son came to pick up his dog, his mother “nicely” told him she didn’t want the dog in the house anymore and explained her reasons.

She said: “He told me it was okay, but he wouldn’t be able to come to me if he couldn’t take the dog with him. Is that me? [being] unreasonable?

“I absolutely hated having the dog, but I obviously love seeing my son,” said the mother, noting that even when her son is home, he leaves her to “pick the dog.” . Though he responds when she calls him to do it, “it would be left to me if he didn’t,” she said.

The mother explained: “My logic at the moment is that he got a dog without asking me and as an adult he has to live with the consequences because maybe it’s time to grow up a little bit.”

The latest Mumsnet post has divided users, with some taking the side of the mother or son, while others say there has to be some form of compromise.

One said: “If it were me I’d just say oh what a shame you can’t come visit. Why doesn’t he put it in kennels anyway? It’s not like he wants to take care of it when he’s on leave. He just assumed you would because he thinks that’s your job if… [mom].”

And the mother replied, “That’s about what I said, I wouldn’t argue about it. I just said you’re grown up now and you do what you feel is right, but you’re always welcome here and I’m sorry me that it didn’t go the way you hoped.”

Another user asked, “What do people do with dogs when they go to visit someone? Do they just expect to take their dog everywhere with them? Don’t they think about that before getting one? Not everyone wants a dog in the house.”

And a third explained, “I’d tolerate a mild allergy to see my son…just set some ground rules like don’t let the dog go upstairs.”

A fourth warned: “Caution OP [original poster]you are setting a dangerous precedent for your relationship with your adult son.”

And another user explained: “He’s 18 and has his own life now. It’s fine if you don’t want the dog to come over, but the result is that he won’t come. a visit from your son? I’d endure a sore throat if it meant my son could come to visit.”

But one of them agreed, saying: “Neither of you is unreasonable… what’s a good compromise? Meet halfway through at a dog-friendly pub? make other arrangements as this is his problem to solve.”

If you have a similar family dilemma, let us know at [email protected] We can ask experts for advice and your story could be featured on Newsweek.