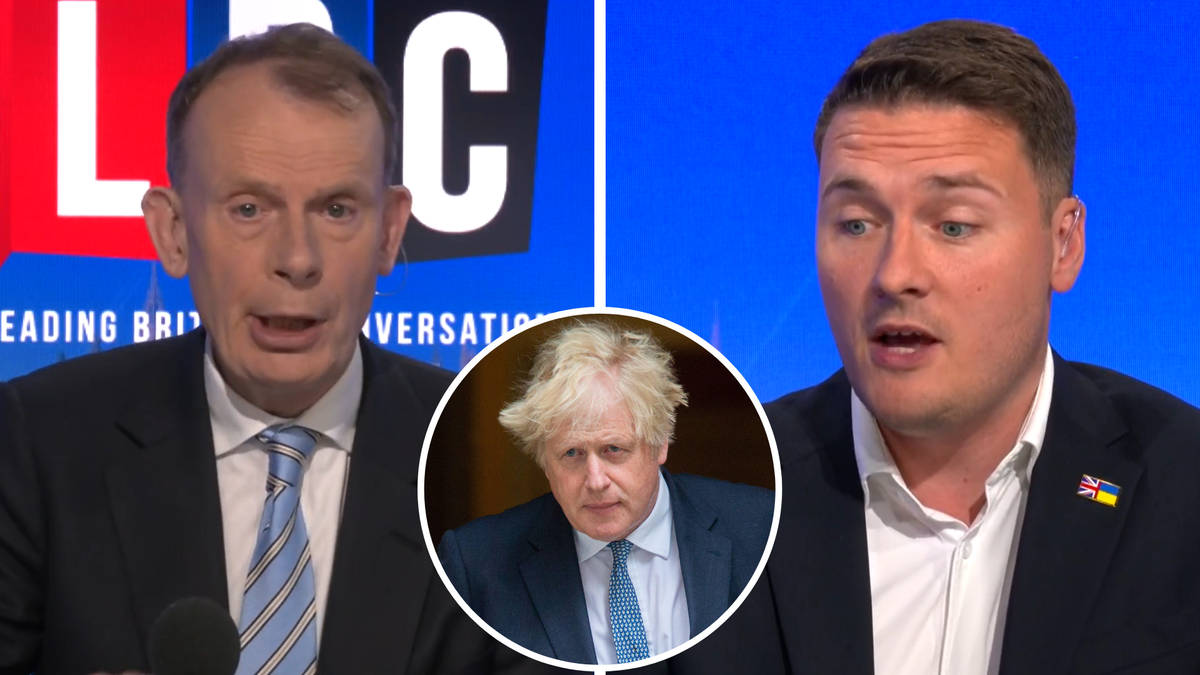 The Shadow Health Secretary said the Prime Minister “presides over a culture where Number 10 staff are so crushed that they are sick”, while calling for “cowardly” Conservative MPs to “get him out of office”.

Speaking on LBC’s Tonight with Andrew Marr, Mr Streeting said: “Boris Johnson has two issues, one of which is clearly the cost of living crisis where people have now very clearly seen the choices he is making as Prime Minister, protecting the big windfall gains. of oil and gas companies, raise taxes on workers.

“I mean, it’s about values, it’s about choice and he’s shown how unreachable he is. And I think that could end up being more deadly for Boris Johnson in the next general election than even this sad saga.

“Where I think Boris Johnson was caught again today for breaking the rules, for lying to parliament and presiding over a culture in Number 10 where we are supposed to believe that the guards… who were ridiculed for being tried the rules with people more powerful than them knew it was rule breaking but Boris Johnson wasn’t.

“Where the cleaners brought in to wash the red wine off the walls of number 10 knew they were breaking the rules, but Boris Johnson didn’t.

“I mean give me a break, this is a man who lies so effortlessly and repeatedly.

“The reason he is still standing is because, essentially, Conservative MPs have no backbone at all and have forgotten their fundamental responsibility in a situation like this that is unprecedented.

“It is now their job to hold him accountable and get him out of office, but they are too cowardly to do that.”

Add: “What kind of Prime Minister do we have where we have to change the machinery of the government around him, to take into account the fact that he is in charge of a culture where number 10 staff get so sick, where red wine in the walls and we are meant to believe that Boris Johnson had no idea what was going on under his own roof.”

Responding to Mr Streeting’s comments, Brandon Lewis, Secretary of State for Northern Ireland, defended the Prime Minister by saying he “made the big decisions right”.

The MP for Great Yarmouth said Boris Johnson has “the ability to connect with people” and is “the right man for the job”, despite the “painful and difficult” revelations made today in Sue Gray’s report.

But Tory MP Tobias Ellwood, chairman of the Defense Select Committee, criticized Boris Johnson’s approach to Partygate, telling Andrew: “On what he’s good at, Boris Johnson gets an A+, campaign mode and so on, that energy, that punch, that determination. , that ability to reach parts of the country in campaign mode.

“But attention to detail, a vision, a strategy to move forward and then have good people around him who are willing to stand up to him, I’m afraid he’s going to get a D-, and that brings us in now the problems.”

He compared the prime minister to Margaret Thatcher, saying that whether you liked it or loathed it, the former prime minister had a “very clear idea of ​​where she wanted the country to be”, adding that if she had walked into a number 10 lot, “she would have done that.” shut it down”.

He added: “The major concern I have is that we have eroded trust with the British people and we cannot get that back in time for the next general election on the current trajectory.”

On Wednesday, the prime minister spent his afternoon rambling on the fallout from Sue Gray’s report on the events of Downing Street during Covid restrictions, while clinging to his job.

He again apologized to the nation and in a press conference, saying, “Okay, I was in the cabinet room for a short period, standing up, at my desk, on June 19, 2020, and some people came in to congratulate me on my birthday.

In her full report, Sue Gray said many of the events she watched “shouldn’t have happened” and destroyed the culture at the heart of government during the pandemic.

“The senior leadership in the center, both political and official, must bear responsibility for this culture,” she said.

Ms Gray issued a scathing indictment of the culture at No. 10 during the pandemic, saying: “The whole country rose to the challenge.

“Ministers, special advisers and the civil service, of which I am proud to be a part, were an important and committed part of that national effort. However, as I have noted, a number of these meetings should not have taken place or to develop the way they did.”

She criticized “serious shortcomings” that allowed the parties to take place and a culture of “excessive drinking.”

She also said some staff members “wanted to express concerns about behavior they saw at work, but were sometimes unable to do so”.

You can also listen to the podcast Tonight with Andrew Marr only on Global Player.

In a series of new images released in the full report, Mr Johnson can be seen in the Cabinet Room for his birthday party in June 2020.

In further images, he can be seen at a Nov. 13, 2020 farewell party for outgoing advisor Lee Cain.

He is seen holding a glass, raising it for a toast and smiling broadly. On the table next to him are several open bottles of alcohol.

In the conclusion of her report, Ms. Gray says her preliminary findings from her interim report “still stand”.

“Whatever the original intention was, what happened at many of these gatherings and the way they evolved was not in line with Covid guidelines at the time.

“Even if we take into account the extraordinary pressures that officials and advisers faced, the factual findings of this report illustrate some attitudes and behaviors that are not in line with those guidelines.”