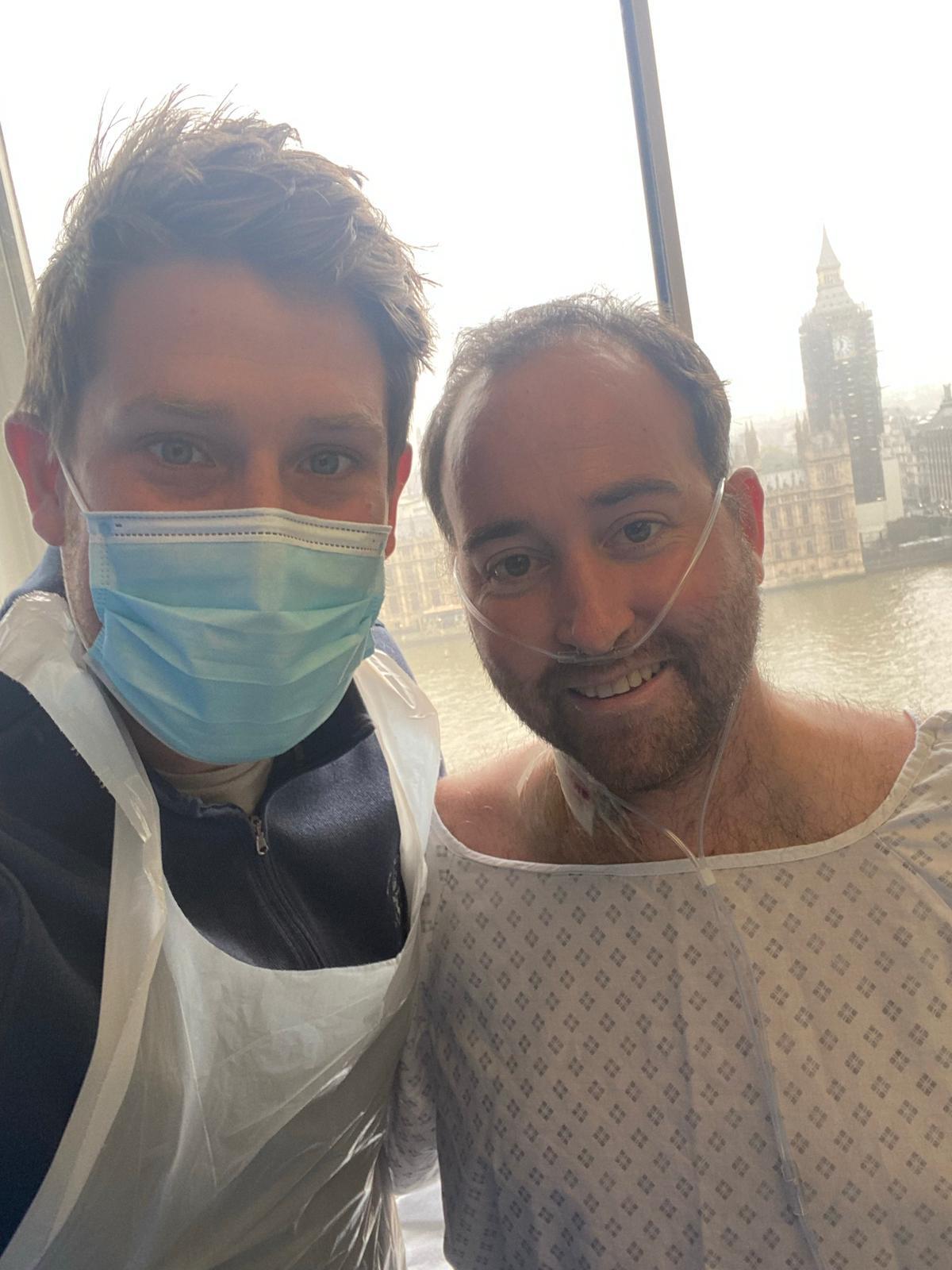 Two men in south London raise money for St Thomas’ after their best friend spent four months in hospital fighting for his life.

Brian Williams, 36, was hospitalized with Covid-19 last July and spent nine days in a coma and nearly seven weeks on a life-support machine that added oxygen to his blood and took carbon dioxide out of it — what’s called an ECMO.

He suffered from sepsis, pneumonia, cardiac arrest, two collapsed lungs and a severe pulmonary embolism – but ultimately defied the odds and returned home.

Mr Williams was vaccinated but suffers from an immune system disorder that makes it more difficult for his body to fight infection.

He started to get better after being one of the first patients in the UK to receive Ronapreve, a drug for Covid-19.

He said: “I was determined to get better, so I started learning to walk again while I was on ECMO. I thought my best chance of recovery was to build my strength and use my lungs.

“I was quite scared going from the ICU to the ward because I was afraid something would go wrong, but the nurses were great. I hadn’t been outside in three months, so one of them even drove my bed outside next to the River Thames. 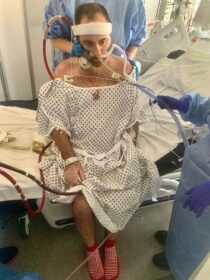 He added: “The fact that I am still here is all thanks to the incredible staff and exceptional care I have received. I owe everything to the nurses, doctors and therapists and feel extremely fortunate to have received ECMO treatment that undoubtedly saved my life.

“The staff supported me physically and psychologically and were there at 3am when I couldn’t sleep – without them it would have been impossible. I’ve seen what they go through in a 12 hour shift and then they go home and come back to do it all over again. They saved my life and nothing can ever compare to what they’ve done for me, but I want to try to give back in every way possible.”

Mr Williams was said to be an usher at his friend Lloyd McMillan’s wedding before he fell ill.

Mr McMillan and their other friend Matthew Lloyd, both from Battersea, are now running the Copenhagen Marathon this Sunday (15 May) to raise money for the charity Guy’s & St Thomas in thanks for saving their lives. friend. 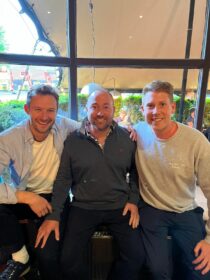 Mr McMillan said: “When Brian caught Covid-19 it deteriorated relatively quickly and we were all increasingly concerned which was around the same time as my wedding. It was a shock to see how sick he was, he didn’t look like the Brian who went to the hospital.”

The 33-year-old added: “It’s very clear Brian is still here because of St Thomas’ so it was a good idea to try and give something back to make sure the next person can leave the hospital the way he did.” did.” 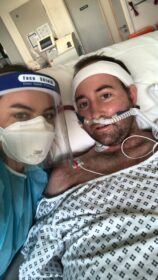 Brian with his partner Adele

Mr Lloyd, 34, agreed, praising the “dedication and unwavering energy” of the St. Thomas staff who looked after their friend.

He added: “Guy’s and St Thomas’ staff, and the extraordinary technology that we are fortunate to have access to in the UK, saved our friend’s life. We know that anything we collect can and will help save someone else’s.”