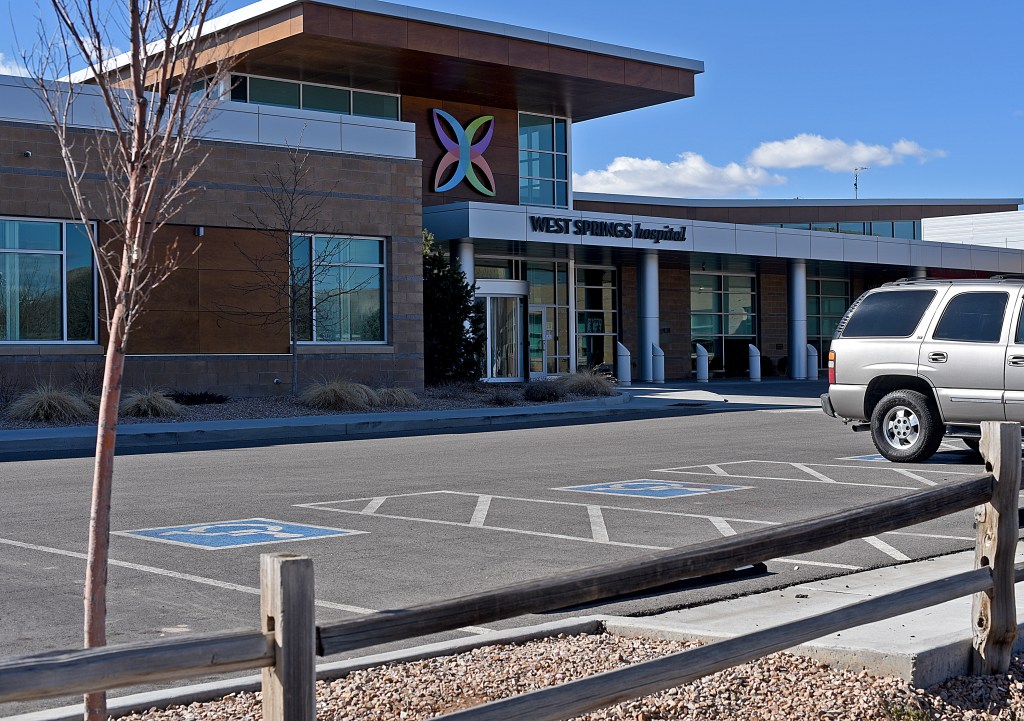 Mind Springs, the controversial mental health provider for 10 Colorado counties, will have to change the way it prescribes potentially dangerous drugs and do more to ensure it meets local needs, a state audit released Thursday concluded. .

In a briefing for Western Slope officials and reporters on Thursday, the directors of three government agencies outlined a plan to improve care at Mind Springs, which is responsible for mental health services in Eagle, Garfield, Grand, Jackson, Mesa, Moffat, Pitkin, Rio Blanco, Routt and Summit counties. It operates outpatient clinics and West Springs Hospital.

It found that Mind Springs, the subject of a series of investigative reports from the Colorado News Collaborative, had not fully documented the prescribing practices that could put patients at risk for overdose.

The Department of Health Policy and Financing, which administers the state’s Medicaid program, will require Mind Springs to use a tool designed to highlight risky prescribing decisions. It also ordered Mind Springs to change its governance to better reflect the community; attempt to fill vacant clinical positions; offer services in Spanish; keep track of whether people who seek help actually receive it; and make a plan to close any gaps between the services the centers provide and the services their communities need.

The Department of Health Policy and Financing found that Mind Springs followed state financial reporting rules, but those rules did not guarantee good service to the communities and are being updated, Executive Director Kim Bimestefer said.

“We need Mind Springs to be successful,” she said. “It has improved, but there is still a lot of work to be done.”

Mind Springs officials, who received the findings about two hours before the public disclosure, did not respond publicly on Thursday.

The Office of Behavioral Health, under the Colorado Department of Human Services, found that Mind Springs did not always immediately report harm to patients; may not have received input from clients about their care plans; did not set clear goals for treatment; did not properly estimate the level of care clients needed; and failed to meet other requirements to document client care and progress. It reported that Mind Springs has already allayed most of its concerns.

The Colorado Department of Public Health and Environment’s audit portion looked at whether Mind Springs was not protecting patients’ rights. It did not find enough evidence to draw conclusions.

The agencies reported that they decided to conduct a combined audit after hearing concerns from local leaders and receiving 47 complaints about Mind Springs following a separate investigation in the spring of 2021. Bimestefer said she was unhappy with the response from Mind Springs expressed their concerns last year, but the interim CEO and new board members seem determined to make changes.

“It’s a lot easier to tackle when you have a willing partner,” she said.

The latest audit followed several years of growing concern about Mind Springs. Summit and Eagle counties are terminating contracts with Mind Springs and establishing their own mental health center over concerns over lack of transparency about the organization’s use of taxpayers’ money; widespread mistrust in their communities; and an alleged refusal to send aid workers to help people in crisis. Mind Springs said it must strike a “delicate balance” to ensure the safety of its employees.

In April 2021, a whistleblower raised the alarm about potentially unsafe prescribing at Mind Springs. Rocky Mountain Health Plans, which has a state contract to administer Medicaid benefits in western Colorado, found that some patients were receiving high doses of drugs that could cause an overdose, even if they had a history of addiction or were at risk of suicide. . A broader review in December found potentially dangerous medication decisions in 128 of 472 medical records.

The December review also found that people in need struggled to get appointments; clients were hospitalized disproportionately, but received aftercare less often than in other regions; Mind Springs leadership had no plan to address the service gaps; and the board did not represent the community.

The state health department launched a separate investigation in June following a complaint that West Springs Hospital’s board of directors failed to ensure patients received quality care. The department couldn’t say whether that happened or not, but did find that the hospital didn’t properly assess patients when they came in or put them through to follow-up care when they left. It also found problems with dismissing patients after a new complaint in February.

Some of the concerns with Mind Springs reflect problems with the entire behavioral health system, Bimestefer said. Clients and former employees of other mental health centers have also reported long wait times for services, and that some centers had staff working with populations they had not been trained for, such as children or people with addictions.

A series of mental health-related bills this session, increased federal and state funding for care, plans to write performance requirements into centers’ contracts, and centralizing work in the new Behavioral Health Administration will help increase access to services. and improve accountability, Bimestefer said. †

“There has never been a transformation like this,” she said.

Subscribe to the biweekly newsletter to get health news straight to your inbox.