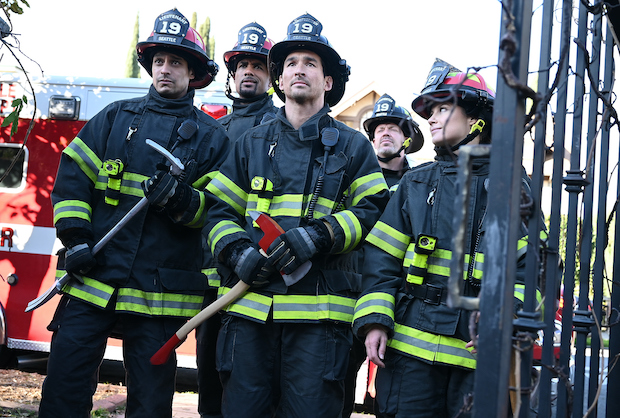 come fall, Station 19 is going to have an overcrowded fire station. ABC announced Tuesday that ahead of the season 6 premiere of the first-responders dramaMerle Dandridge, Josh Randall and Pat Healy have all been promoted from returning to series regular status.

Earlier Green leaf lead actress Dandridge made her debut on the Grey’s Anatomy Season 5 spin-off as Chief Natasha Ross, who has a past and possibly future with a recently divorced Sullivan (with whom she did conscription in Iraq). Regular viewers will recall that in the May finale, Maya threatened to expose the secret love affair if she didn’t regain the position taken from her by Ross’ predecessor.

That’s much easier said than done, of course, as Bishop’s old job has been filled since Season 5 by polarizing Captain Sean Beckett — whose portrayer, Ozark and west world vet Randall, sticks around.

Rounding out the trio of promotions is You better call Saul‘s Healy, who plays former Chief Michael Dixon, the corrupt bastard to the core against whom Travis is running for mayor (and whose son Emmett Montgomery had until now). Before Healy was brought to the regular series, Healy had regularly antagonized our heroes as Dixon since Season 3.

Station 19 returns for its sixth season on Thursday, October 6 at 8/7c (and finally answers the question of… is Gibson away-away?). The premiere will be followed that same evening by Grey’s Anatomythat his 19th (!) season starts at 9/8c.

See photos of many of your primetime favorites back at work in the photo gallery above.