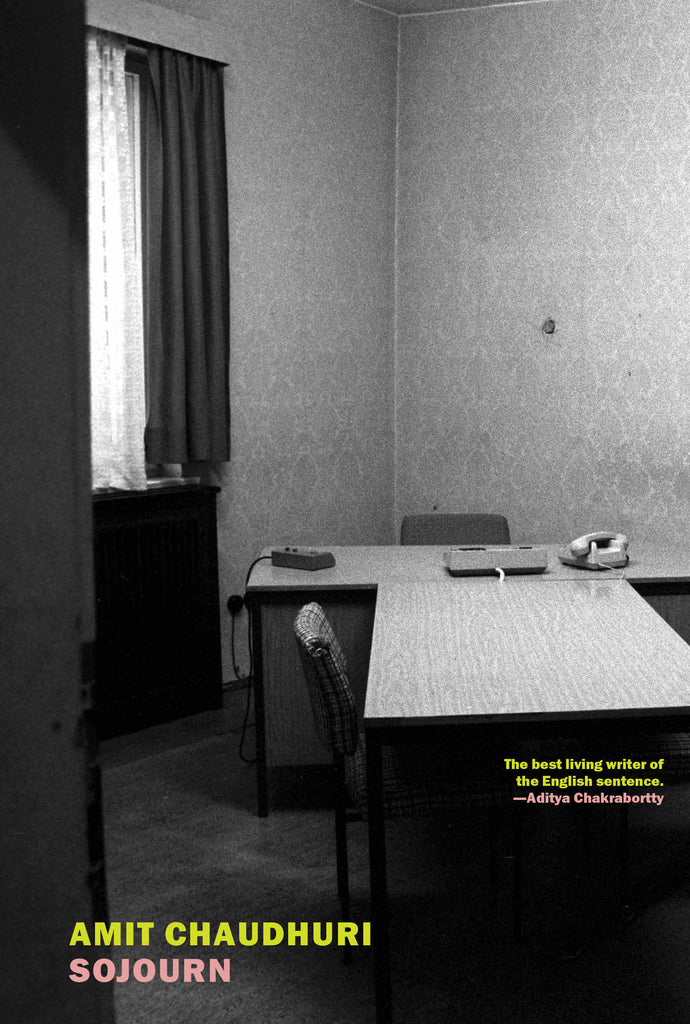 The following is from Amit Chaudhuri’s eighth novel: residence. Chaudhuri is a novelist, essayist, poet and musician. He is a fellow of the Royal Society of Literature and lives in Calcutta and the United Kingdom. Among his other works are three collections of essays, the most recent of which is: The origin of aversion; a study of the poetry of DH Lawrence; a book of short stories, real time; two works of non-fiction, the latter of which is Finding the Raga; and four collections of poetry, including: New and selected poems.

An email arrived in my inbox – from a sender I didn’t know.

‘Hello! We met after your inaugural speech, which I enjoyed very much! I love India, I spent three months in Tamil Nadu a few years ago. Now I am on a postgraduate scholarship and my research area is basically labor movements in South India! I would love to go back. Either way, Christmas isn’t far away, and such occasions are always a good excuse to get in touch. I thought I would wish you a Merry Christmas and a Happy New Year! It would be nice to see you again. I’d be happy to show you around when you’re free. Birgit.’

Birgit? I studied the email like it was hair. I extrapolated her appearance from the form of the message. I trusted neither the words nor my vain excitement. I am wary of Europeans who ‘love India’ – an old neurosis. Christmas was a while from now. Still, I had never received a Christmas greeting before, let alone a Christmas greeting as an introduction. In my emptiness I thought to examine the invitation.

‘Dear Birgit, thank you for writing! I’m glad you came to the seminar, and it’s good of you to think of me as Christmas approaches. I get the feeling that Christmas is brighter and colder in Berlin than in other cities in Europe. But luckily it is less cold than I thought. It’s generous of you to offer me to parts of the city that I may not have seen. I’m glad to be in your care.’

‘I like to be under your care’! After I clicked the irrevocable ‘send’ button, I became nauseous.

Within twenty minutes an email arrived.

Shall we meet on Friday at 8 p.m. at the Hackescher Markt? You must change at Wittenbergplatz and take the U2 to Zoologischer Garten. From there, the U9 will take you directly to Hackescher Markt.’

I didn’t ask her why she wanted me to take this trip. I had told her I was under her care.

On the platform a woman came up to me, a scarf tied around her head. For a moment I thought she was a refugee. ‘You look like a Muslim woman. i mean you could to be

‘Ah, that happens to me sometimes. A Turkish man stops and asks for directions. In his language.’ She shook her head. “I wear it for the cold.”

We were out for a walk. No introductions were necessary. I am mesmerized by headscarves. In the arcade at the station, a woman was selling Russian dolls. When she saw me looking, she smiled and pulled the big doll apart to reveal the smaller one. I know these dolls, but I looked at her because I wondered if she was Russian. This gave the doll a new meaning. When I mentioned this to an English friend, he said he had visited Hackescher Markt before the wall came down. There were no sellers. ‘So much life comes from trading!’ he said. “Capitalism, huh?”

We walked down a long track. Birgit stood a bit in front of me. She was quite tall, as tall as me.

Couples went in the opposite direction; walked out. No one belonged; there was a hesitation in their movements, as if they were trespassing. Or as if they are gaining access for no reason.

I started to get tired. ‘Here it is!’

A building, with an empty space in front. As we got closer we heard swing music. From the doorway you could see figures: waiters; but also dancing people. “It used to be a dance hall,” Birgit said. ‘It’s a restaurant now, but there’s still dancing. Tonight’s swing night, I think.’

I had said I was in her care; she used to be used to navigating. She gestured to a waiter, then spoke into his ear. He nodded, as if taking orders, and led us to a corner table near the podium. It had a candle and a menu card. We sat down like people expecting luck. The stage was full of musical instruments; there was no tie. The music was so lifelike that I looked twice to see if there was a band on stage.

“The food is a mix,” Birgit said. “Mainly German, but with a touch of American.” People danced as we pondered the menus.

“Men are such bad dancers,” Birgit said, covering a smile with one hand. “It would be better if women just danced with women.”

With a little digression, they would pressure us. The closest was a woman with her back to my gaze, and a bearded forties who moved with a gentle clumsiness. Birgit was right: the woman was lost in her thoughts. She was just dancing. The man smiled, satisfied, as if he could see he was doing something stupid. I smiled too. Like yawning wear smiles.

“Yeah, there’s a rhythm to the way you walk—and speak.” I took refuge in the names of courses.

‘These people . . . they have been coming here for decades. To dance.’

I wasn’t sure what she meant by “these people.” Were the smiling man and the woman whose face I couldn’t see, whose back moved stoically, the victims of his dancing, included? Had they been here? then? Was it possible to separate then and now? There was a divorce, yes, but I was distracted by the hesitant figures.

‘Yes,’ she said, as if saying ‘yes’ was enough. She believed it the moment she said it. She looked at the crowd. “For these dances.”

‘And was it always this music?’ Her eyes sparkled.

It was not a ‘retro’ event. The sound in the speakers seemed familiar to people, as a dialect. The songs moved randomly between country and western, hillbilly and blues. Each was seized as a departure to a different mood. I was listening to a hit song from the sixties. It didn’t come. But the audience laughed at every song. I started to think that the music came from a unique repository: like a record collection that you come across in someone’s home at some point in your life.

As I studied the dancers—not with envy but absorption, even slight astonishment—I couldn’t decide where I was. I wasn’t confused. It’s just that I didn’t feel enough of a gap – between past and present, them and myself. The dance floor had a limit. The tables were arranged accordingly. But studying the dancers was undivided from their world. They just moved; some, like the bearded man, take a few steps back, grinning. The enthusiasts turned. They had forgotten. This happens with regime change: no trace of a person’s history remains. One re-enters the present. Of course there must be constants: like this music. But it’s as if the big changes haven’t happened. Or – this came to my mind not as a question, but as an alternative – hadn’t the wall fallen? Why was I here in that case?

“When you’re ready,” Birgit said, sorting the food, “I’ll take you upstairs to see something.”

I had a few meat patties to deal with, not quite burger, dollops of white sauce on it. On one side were fries and a perfunctory garnish of salad. “Yes,” she said. I linked her provocative smile to the email she’d sent me, wishing me a Merry Christmas about a month in advance, and not the local historian she pretended to be.

“You’ll see,” she said, foraging. She was starving.

My pasties didn’t taste very much. I reduced them to only a quarter left.

“Shall we share an apple strudel and whipped cream?” I glanced at the traces of white sauce on the plate. I couldn’t imagine not finishing dessert.

“You can have a whole one, you know.” She was skinny. I wondered if she was hungry.

We climbed up with the urgency of childhood friends. ‘You see?’ she said, putting herself in the middle of…

the room, waving to her left. There were mirrors on either side, their shine muffled as they had to absorb the room uninterruptedly. She was an unsteady axis; I couldn’t tell if she was going to try a dance step. “Women came here to learn ballroom dancing.” She glanced at the crowded chandelier.

The chairs looked at me. There are spaces in which you feel time, but also inhabit the point of view of those who have already been there. You see through the eyes of those who have gone. These perspectives are intense but ephemeral.

I turned and found her unsteady near me. ‘You see?’ she said.

I wondered what would happen – if we started dancing. We almost circled each other; we were face to face.

“It’s beautiful,” I said. It made me think – what could it be reminding me of? This was not my history. But I felt an intimacy, an indecision, which had to do with her closeness.

She has moved. She was taller than me—she had grown a few inches or was floating above the floor. But she also had the angularity of someone whose feet are firmly planted on the ground.

‘Shall we go?’ Suddenly she didn’t want to hang around. The others we were were retreating. We found ourselves alone with ourselves.

“I’d like to stay a little longer,” I said with a sigh. She looked over my shoulder.

“But it’s getting late,” I said. We ran down the stairs.