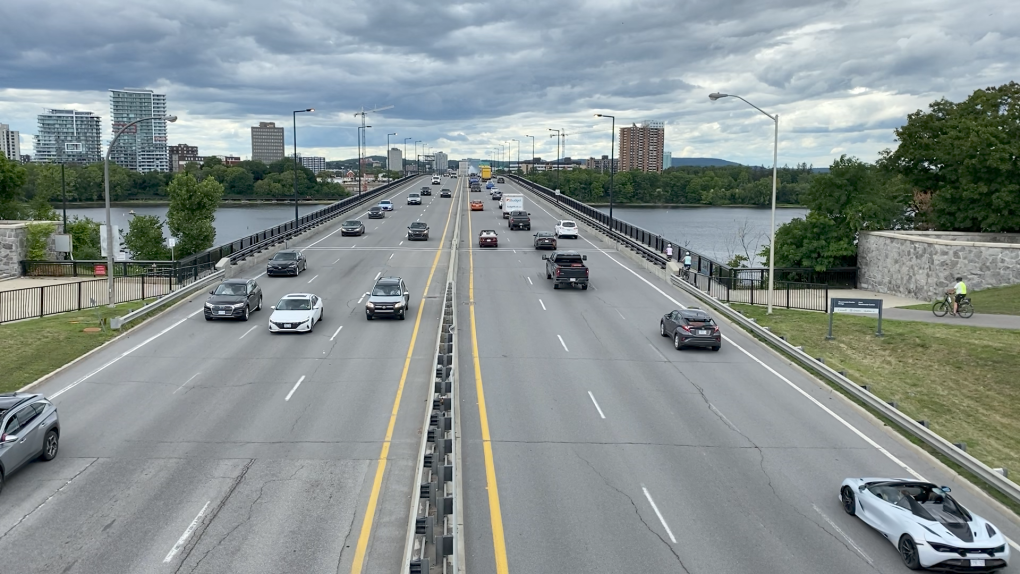 The long weekend of August has arrived and the starting gun for one of the busiest weekends for summer travel.

Ontario Provincial Police launched their annual “Move Over” public safety campaign as thousands of drivers hit the road for a long weekend destination.

The average gas price in Ottawa is about $1.70 per liter.

While it can hurt the pumps, it doesn’t stop everyone from taking a weekend getaway.

“I don’t even watch anymore because it’s depressing,” says Paul Troy, who is heading out of town for a long weekend. “I’m just refueling and going to pay my credit card bill later. I’m just looking forward to having the weekend off and enjoying the nice weather.”

Ontario Provincial Police will be in full force as they kick off their annual ‘Move Over’ campaign across the province.

“It is really a responsibility of all vehicle drivers,” said Sgt. Kerry Schmidt, of the OPP Highway Patrol. “Cars, trucks, everyone, share the road. Vulnerable users like motorcyclists, if they’re involved in a wreck, it doesn’t matter if they’re right or wrong, they’re the ones paying the price.”

The campaign aims to make drivers slow down and switch for tow trucks and emergency vehicles.

It’s also important to be prepared for what can go wrong along the way.

“Expect the unexpected, life can be quite unpredictable,” said Julie Beun of CAA North and East Ontario. “Especially with a car, so make sure you look under the hood, check your fluids. You check your windshield washer fluid. Especially check your tire pressure, because it’s not just about how many miles per litre, but you’re also going to have a safer trip. “

Some choose to avoid the traffic and chaos that can follow one of the busiest travel weekends of the year.

“My daughter Sophia and I and my husband, we’re just going to enjoy Dow’s Lake and hopefully enjoy our city, have some relaxation too,” said Courtney Dear, who will be staying nearby this weekend.

The patios in downtown Ottawa were packed and the Byward Market was busy Friday night, as the nation’s capital offers plenty to do if you plan on staying in the city.