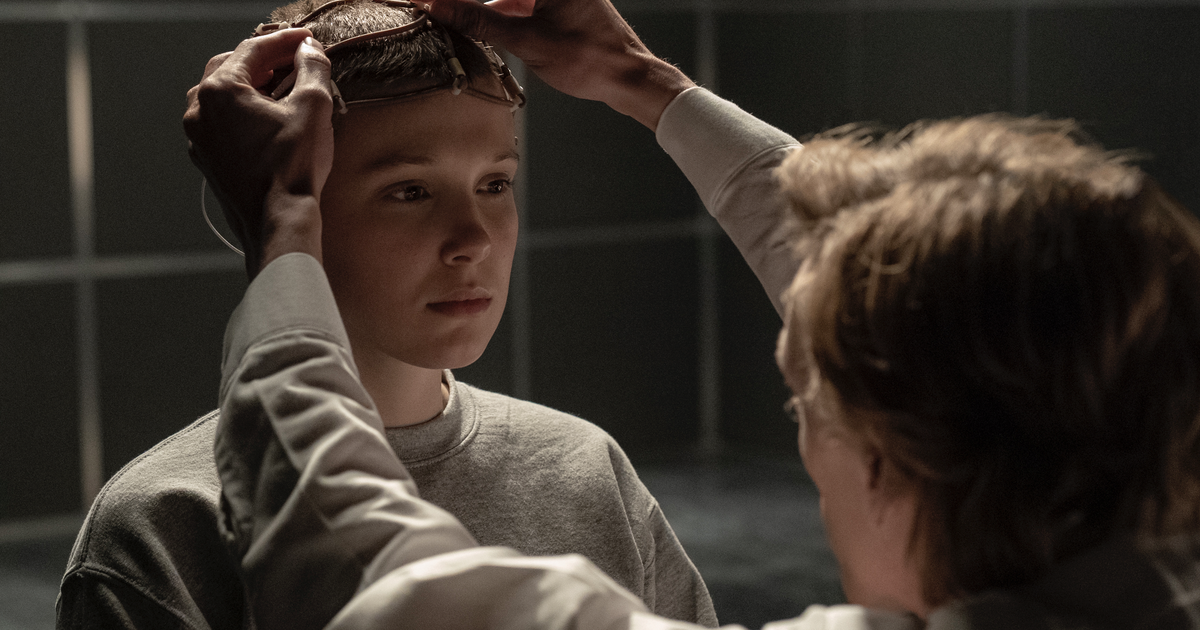 The clock is ticking towards the season 4 finale of Netflix’s sci-fi mega-series “Stranger Things,” with the final two episodes hitting the streaming platform Friday. Running over two hours, the final episode has been hyped as a game-changer full of carnage that will leave fans stunned by its conclusion.

While “Stranger Things” was an explosion of mystery, action, and tacky ’80s nostalgia, the series has also received accolades for delving deeper into issues of identity, friendship, alienation, community, and mental health. This is especially true in Season 4, whose menacing Upside Down villain, Vecna, provokes the trauma of his victims to lure them into his sinister service.

At Rutgers University, psychiatry professor Anthony Tobia will use the Duffer brothers’ series to teach a course on psychiatric disorders. Some of the show’s characters show signature signs of post-traumatic stress disorder and other mental illnesses that can be used to illustrate how they affect people in everyday life.

“When you watch a thought-provoking series like Stranger Things, people tend to not just watch, but identify with the characters who have similar feelings,” Tobia told Rutgers Today. “To identify those feelings within yourself, ushered in a relationship forged with a fictional character, there is an opportunity for individuals to identify and therefore take action in their own lives.”

Critics of the first seven episodes of the season have widely written that the series attempts to symbolize mental illness and emphasize the importance of mental health. The discussion of “Strange Things” as an allegory led Tobia’s students to choose the series as the focal point of the course.

“For most people, it comes out of left field when you incorporate movies and TV shows into the curriculum, especially the medical school curriculum,” Tobia said. “But the bottom line is that great shows make for great lectures. If you really want to get involved from students, 95% of whom don’t go to psychiatry, I found that if you let the students tell you what that great show is, the buy is so Much easier.”

The complexity of “Stranger Things” lies in the history behind Vecna’s dark and murderous rage in Hawkins.

The first seven episodes, which were released on Netflix last month, taught viewers that Vecna ​​was originally Henry Creel, a young boy in Hawkins who possessed psychokinetic powers. Henry’s father, Victor, was a World War II veteran who had moved his family into a beautiful home, where Henry used his powers to mysteriously murder his mother and sister.

Victor Creel was falsely accused of the murders and thrown into a mental institution. Henry was called by Dr. Martin Brenner admitted to the secret Hawkins Lab to have his unusual powers studied.

Henry soon became One, the first of many children to undergo rigorous experimentation in the Hawkins Lab to use their skills as national defense tools. One fell out of favor with Dr. Brenner for disobedience and was made to be a lab sitter for the other children, including Eleven.

Buried in Elf’s repressed memories was a massacre at the Hawkins Lab that preceded her escape at the start of Season 1. In Season 4, she discovers that One was responsible for killing the other children. The cliffhanger for the last two episodes is that Eleven used her own powers to defeat One and send him to the Upside Down, where he turned into Vecna. He is responsible for killing people in Hawkins and dragging them to the Upside Down to gain power over the city.

As supernatural as the story is, the root of Vecna’s evil is his haunted past. He lures Hawkins residents to their gruesome, bone-breaking deaths by delving into their traumatic experiences. He specifically focuses on people who feel burdened with guilt, or who have experienced scars in their lives.

Vecna’s most prominent potential victim on the show is Hawkins High School student Max Mayfield. Her older stepbrother, Billy Hargrove, was killed before her eyes by a giant Spider Monster in the Season 3 finale. The first episodes of Season 4 show Max being depressed, separated from her friends and struggling at school. Once Vecna ​​has already killed a few other residents of Hawkins, he turns his attention to Max.

The depiction of Vecna’s power over his victims shows them in dark, trance-like states signaled by the ticking of a distorted clock. They retreat into their minds, frozen in the real world, as Vecna’s voice blames them for the trauma and regret they feel.

With a little detective work, Max’s friends discover that music has the power to break Vecna’s mind control and prevent him from killing her. They give her a cassette tape of her favorite song, Kate Bush’s 1985 hit “Running Up That Hill,” and successfully bring her back to reality.

Tobia told Rutgers Today that the scenes showing Vecna’s powers are reminiscent of the symptoms people experience when they suffer from PTSD, depression and anxiety.

“There are early warning signs for people struggling with those mental illnesses. Be aware of your surroundings and situations, and if you see things ‘going dark,’ don’t ignore that warning sign,” Tobia said. “This idea of, ‘Well, if I don’t pay attention to it, it just goes away.’ Doesn’t work. When things go dark, metaphorically or literally as they enter the Upside Down, it’s not a time to ignore your surroundings, it’s a time to take action.”

The show can be used as an instruction to help people recognize signs of mental illness and seek professional help, Tobia added. That may include developing methods to counter troubling thoughts and finding protective activities that uplift people in psychological distress.

Most importantly, Tobia believes the popularity of ‘Stranger Things’ can be used to bring conversations about mental health to the fore.

“When you watch a thought-provoking series like ‘Stranger Things,’ people tend to not just watch, but identify with the characters who have similar feelings,” Tobia said. “To identify those feelings within yourself, ushered in a relationship forged with a fictional character, there is an opportunity for individuals to identify and therefore take action in their own lives.”

Tobia plans to hold off on watching Season 4 until his “Twitterverse” course starts in January, meaning he’ll have to drown out the reactions to one of the most popular television series of the streaming era.

For the rest of us, the answers to Season 4’s open questions will come Friday. And there’s no harm in looking at “Stranger Things” through a lens that goes beyond pure sci-fi entertainment.