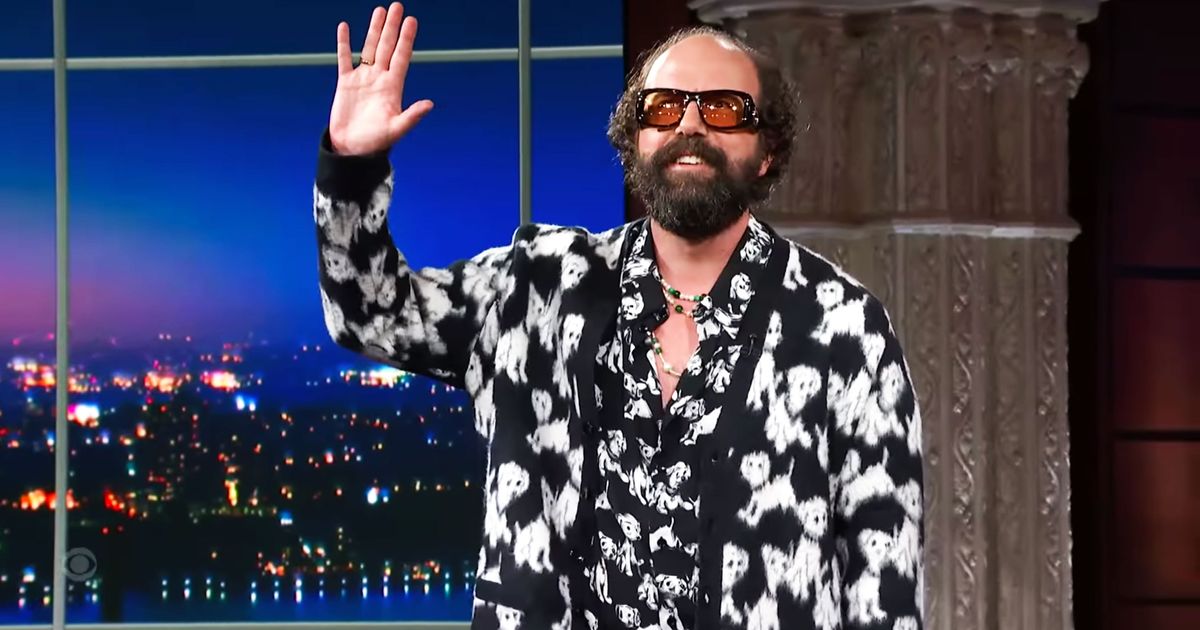 Comedian and actor Brett Gelman basking in the glow of playing a pivotal role as his character Murray in Netflix’s fourth season Weird stuffdid not just take the stage during his performance on The Late Show with Stephen Colbert on July 26. He took the stage, put it in his pocket, carried it with him for the rest of the day, then put it in storage for future use. During the performance, Gelman walked onto the stage unsuspectingly (okay, propped up). He greeted Colbert and shook his hand warmly. But instead of sitting on the couch, he asked the host to wait a moment and then went on with a damn show—all while wearing designer orange sunglasses, a beaded necklace, and a suit where the jacket, shirt and the pants were all covered in pictures of puppies. He then walked over to the band — playing Stevie Wonder’s “Superstition” — and grabbed a mic to rap-scatter over the funky groove. By the time Gelman was finally ready to sit down, Colbert just mimicked him as if to say, “We’re not worth it!”

Gelman and Colbert continued to discuss Gelman’s role on Weird stuffand how it has changed the public perception of Gelman after his previously most famous role as the despicable Martin on flea bag. Gelman delivered a piece that doesn’t quite work, then wondered, “Is that the most half-hearted piece ever said on the show?” Colbert assured Gelman that they would take it off the show and offered the opportunity to say one more thing that would be dropped. So what did Gelman say, you may ask? “Sometimes when I was twenty I would drink a full bag of Tostitos and a jar of queso and two packs of ramen in the evening.”

“I don’t think I’m going to delete this,” Colbert said. “That makes you recognizable.” Gelman, without missing a beat, agreed, “We need to balance the look with recognizability.”