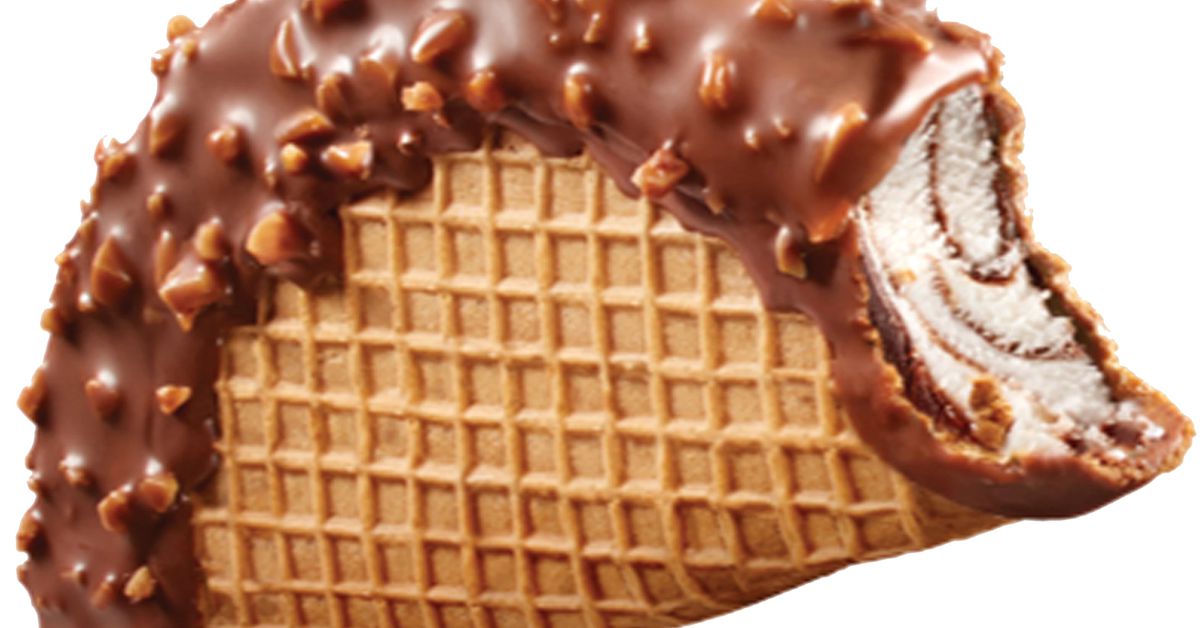 Fans of Klondike’s iconic Choco Taco cried tears of vanilla ice cream flavor this week when the brand announced it would be discontinuing the frozen dessert after nearly 40 years of production, known for its chocolate and nut-dipped cone shell and taco-like shape.

Fortunately, Jeff Strauss of Oy Bar at the Bar at Oyster House has stood up to give Angelenos their solution. For the next two weeks, cocktail and bar food destination Studio City will put its own spin on the choco taco. “Two weeks ago we thought we were paying tribute to our childhood, to one of the greatest frozen liquor store desserts of all time… Now this,” Strauss says of the dessert.

Other Los Angeles restaurants, like Agnes in Pasadena, have dabbled in the ultimate nostalgic ice cream truck before. Agnes elevated his take with s’mores as inspiration: the version featured a topping of roasted marshmallows, peanuts and chocolate.

No masks in Pasadena

As an indoor mask mandate seems relatively certain to return to Los Angeles County, Pasadena is aligning itself with Beverly Hills by eschewing indoor masking in restaurants, bars, and shops. In an Instagram post yesterday, the City of Pasadena stated, “The number of confirmed jurisdictional cases of COVID-19 has fallen for about 10 days and local hospitalization statistics have not continued to rise during that time. With input from health care partners, the Pasadena City Health Officer will not issue a general mandate for indoor masks at this time.” Read the statement here.

A quest to support Black-owned businesses

Every week in August, the market will release clues on its website and Instagram to unlock designated locations. Participants can earn points by visiting said locations, checking in and taking a photo with a QR code, and sharing on Instagram (or via email, for those without social media). The nearly month-long event will spotlight more than 50 local Black businesses in entertainment, fashion, dining and more, including Post & Beam, Alta Adams and Hotville Chicken.

Additional points can be earned by making a purchase at each location, attending special events throughout the month, or taking photos of Nipsey Hussle murals. Entrants with the most points at the end of the month will win special prizes that will be revealed at the Prosperity Market farmers’ market on August 27.

A celebration of Prune

Acclaimed chef and author Gabrielle Hamilton and her New York restaurant Prune will be celebrated on August 10 at Suzanne Goin and Caroline Styne’s Peruvian restaurant in the Downtown LA Proper, Caldo Verde. The event will feature a conversation between Hamilton and journalist Jeff Gordinier, as well as a special à la carte menu of signature dishes from the dried plum cookbook (fried shrimp toast, razor clams with smoked paprika butter). Dinner reservations can be made here; RSVP only here for the conversation.

Toddrickallen brings news of a new El Segundo outpost from Sauced BBQ & Spirits, which will make its way to the former Salt Creek Grille location in the Plaza El Segundo. It offers both smoked meats and ax throwing, joining Mo’s House of Ax in Koreatown as a local option for those looking to pair alcohol with a side of gun throwing.