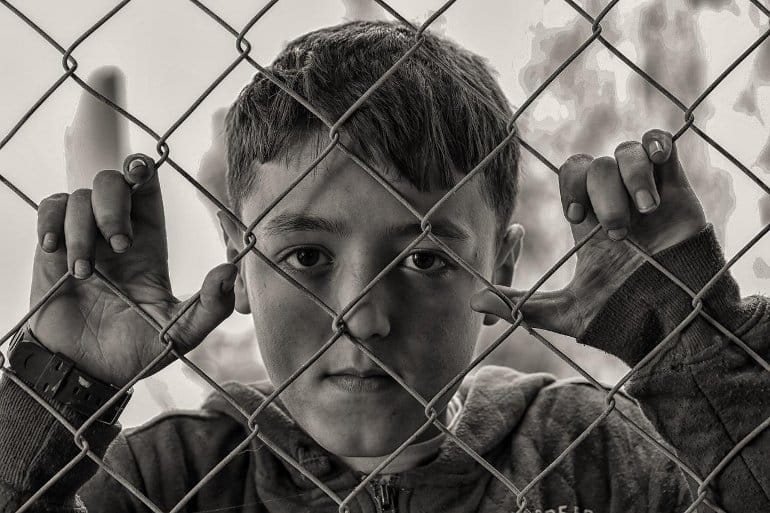 Black adolescents who lived in poverty and were less optimistic about the future showed accelerated aging in their immune cells and were more likely to have increased insulin resistance by ages 25-29, researchers found.

Allen W. Barton, a professor of human development and family studies at the University of Illinois Urbana-Champaign is the lead author of the study, which tracked the health of 342 African Americans over 20 years, from adolescence to their mid to late 20s. .

The researchers set out to investigate links between the social environment in childhood and insulin resistance, a precursor to diabetes in which cells do not respond well to insulin or use blood glucose for energy.

The participants lived in rural Georgia, a region with one of the highest poverty rates and shortest life expectancy in the US.

“Once we found compelling evidence that family poverty during childhood was linked to the insulin resistance of participants in their late 20s, we looked at the aging of immune cells as a possible mediator, something that confers the effect,” Barton said. “And we found support for that. Aging of the immune system was a pathway, a mechanism through which poverty was associated with insulin resistance.”

The findings, published in the journal Child Development, support the hypothesis that chronic diseases such as diabetes and metabolic syndrome that are significantly more common in black adults and low-income populations may arise in part from experiences much earlier in life. – even during childhood – and that such disadvantages can affect individuals’ cognition and physiology.

“Understanding these health disparities related to race and socioeconomic status really requires a developmental perspective, but prospective research with these populations is scarce,” Barton said.

“In addition to focusing on concomitant stressors — such as their socioeconomic status in adulthood, where they currently live, and their access to health care — prospective studies such as these that follow participants into adulthood are important to explore developmental pathways that originate in childhood. to see associations between individuals’ early social environment and their later health outcomes as adults,” he said.

Recent research cited in the current study also indicates that type 2 diabetes and other diseases affect certain populations — especially blacks — at a much younger age.

Young adults in the sample provided at least one blood sample at age 20 and again at age 25-29. From these samples, researchers assessed the biological ages of the participants using DNA methylation and compared this age to their chronological age. The participants’ blood samples were also used to quantify their levels of insulin resistance at ages 25, 27 and 29.

At six time points, starting when the children were 11 and continuing until age 18, the caregivers completed questionnaires about their families’ need-to-income ratios, which were used to calculate their poverty status and the number of years they lived. they lived under federal poverty. level.

Between the ages of 16-18, the youth completed three times the Perceived Life Chances Scale, a 10-item inventory that asked them whether they thought they would attend college or get a well-paying job, and how likely they were. that was.

This risk was calculated using a Homeostatic Model of Insulin Resistance, or HOMA, score. Each additional year of poverty was associated with a HOMA score greater than one point.

When the children were 19-20 years old, the researchers examined DNA methylation in a subset of participants. DNA methylation is a natural process associated with aging and can affect gene function.

When the researchers also examined whether the teens believed they could achieve their goals as adults, they found that living more years in poverty was associated with fewer perceived life chances. The team found associations between the perceived life chances of young people and premature aging of the immune cells at age 20, which was then linked to insulin resistance, Barton said.

“We don’t know what happened to them before age 11, so maybe things have been put in place that we can’t assess yet,” Barton said of the study’s limitations.

The researchers will continue to monitor the sample subjects and examine the role of resilience in participants’ health outcomes as they age, he said.

“It’s a huge dataset and can begin to answer some important public health questions, shed light on some of these racial inequalities, and help find ways to reduce them,” Barton said.

Co-authors of the study include research scientist Tianyi Yu and Gene H. Brody, the founder and co-director of the Center for Family Research, both at the University of Georgia; psychology professors Edith Chen and Gregory E. Miller, who co-direct the Foundations of Health Research Center at Northwestern University; and Qiujie Gong, a predoctoral fellow at the U. of I.

About this news about poverty and health research

The current study examined developmental pathways that may contribute to chronic disease in rural African Americans.

With a sample of 342 African American youth (59% female) from the Southeastern United States, followed for nearly two decades (2001-2019), we examined the prospective association between family poverty during adolescence (11-18 years) and insulin resistance (IR). ) in young adults (25-29 years) and underlying biological and psychosocial mechanisms.