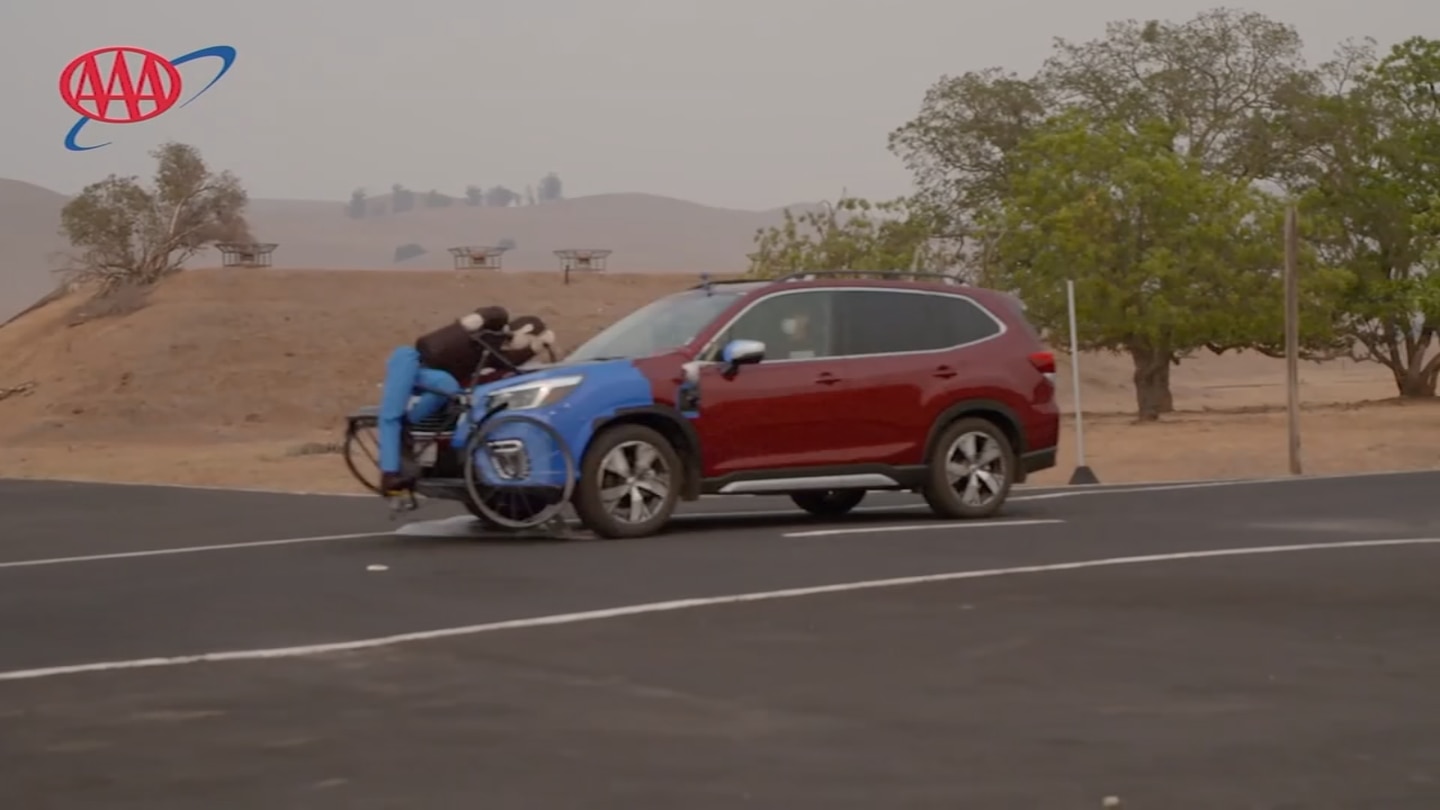 ORLANDO, Fla. – If your car has driver assistance technology, you will want to read this.

“The concern with this technology is that it allows drivers to stop driving thinking their vehicles are autonomous, but our research shows that the performance of this technology is still inconsistent,” said Mark Jenkins, AAA -spokesman.

The agency tested how the technology responds to real-world situations, including a cyclist crossing the street and a foam car turning into the lane of the test car.

“Oh my god. Yeah, that scares me. Wow. That’s not good at all,” Aurora Potter said.

Potter uses a bicycle to travel around the city. She said the video shows a major security issue.

AAA said all vehicles collided head-on with the foam car when it was partially in the same lane.

Only one car slowed down before the collision.

An accident occurred in 33% of the cases when a cyclist crossed in front of the test vehicle.

“These collisions would have been deadly if they had happened in real life,” Jenkins said.

The test cars did slow down and brake when approaching a slower-moving vehicle or cyclist traveling in the same direction in the same lane.

“We are urging automakers to continue working on this new technology that exists today, which is now on the road, before shifting their focus to self-driving cars,” Jenkins said.

Potter said it’s a good reminder to be extra careful.

“Please pay attention because right now, yeah — you can’t really fully trust these cars are going to do what they say they’re going to do,” Potter said.

Channel 9 has contacted the manufacturers that AAA tested in the study. So far, Hyundai has been the only one to contact us and say it is reviewing the findings as part of its ongoing commitment to customer safety.