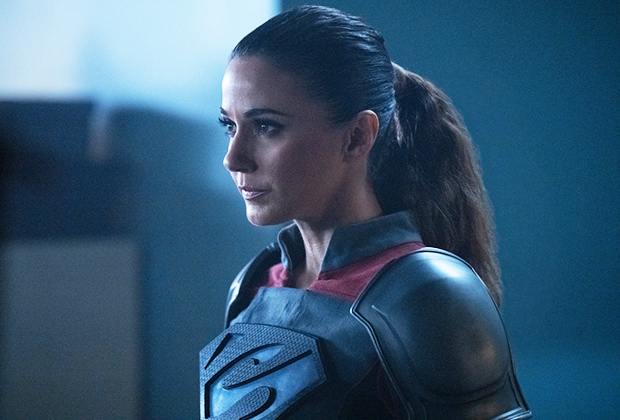 Lana Lang has a lot on her plate right now. On the other hand, Emmanuelle Chriqui does too.

The actress currently has dual duties with The CW’s Superman & Loisin which she plays both the bestie from Clark’s hometown and her evil doppelganger from another dimension, the former of whom recently got the surprise of her life.

“When I read the script, I was like, ‘No way. No way. Is this seriously happening?’” Chriqui tells TVLine about Clark revealing his secret identity to Lana. “It was a magical moment to film, like we did at sunset in the middle of this long road. It felt like a special moment when we filmed it, and it seems like that was translated and was a good reward for the audience.”

We’ll see the effects of that “loaded” when Superman & Lois returns with new episodes on Tuesday (8/7c), but for now, Chriqui confirms it will “change the dynamic between everyone forever.”

“It’s so fun and different,” Chriqui says of playing a super villain. “Lana Lang is such the benefactor and Lana-Rho is the opposite, so it will be interesting to see where they take that. Adam Rayner and I were talking about how funny it is that in the ‘real world’ Tal-Rho has no idea that Lana is his wife in the Bizarro World.”

That said, Chriqui prefers to leave the stunts to the professionals. While shooting action scenes, she asked Tyler Hoechlin, “What do you do when you have to shoot lasers out of your eyes? What’s the attitude’ He makes it look so effortless. … Unfortunately, while I was training for the Bizarro episode, I dislocated my shoulder. My stunt double ended up having to do a lot of what I had to do, and she made me look like a badass.

Your thoughts on Lana, Lana-Rho or any other form the character may take? Post them in a comment below.